First post after longtime lurking. Life throws brickbats, but finally up running and mounted on a hinged torque box for vertical storage (I’ll share pictures of my 120VAC winch for lifting and lowering the table when I get it installed). Table turned very level and flat. Pix attached of initial carves, check some cut measurements (which were right on). Just finished using my down cut 1/8 in bit and the top edges of the letters are sharp and the bottoms fully cleaned out. No pullout or string things that I was getting with the upcut bits.

Now to learn the in’s and out’s of Inkscape, UGCS, and Fusion 360 (for CAM and bit changing). Using Inkscape to generate single string script for “V” bit engraving.

A tip of the hat to Taylor Ledak https://www.inventables.com/projects/dewalt-611-air-diverter-and-dust-shoe
for the plans to his dust shoe that has more than improved the dust collection on my x-carve. Bristles from McMaster-Carr are too stiff, so I’ll have to change that approach. Sure works for now; along with the Rockler Dust Right® Dust Separator (which keeps the dust out of the shop vac - mostly). Even worked well with pine needles and leaves that had collected in my car. Now if I can just figure out how to implement some noise canceling!

Reinforced the X-axis with upper and lower aluminum strips which was a big improvement for stiffness.

The only real problems I’ve had is Easel (via Chrome) losing connection on rare occasions. Fortunately not during the dust shoe carve. I have a robust wi-fi connection, so I’ll blame it on Comcast for now.

My thanks to all the forum posters. So much vital feedback that has made my build more successful and easier. 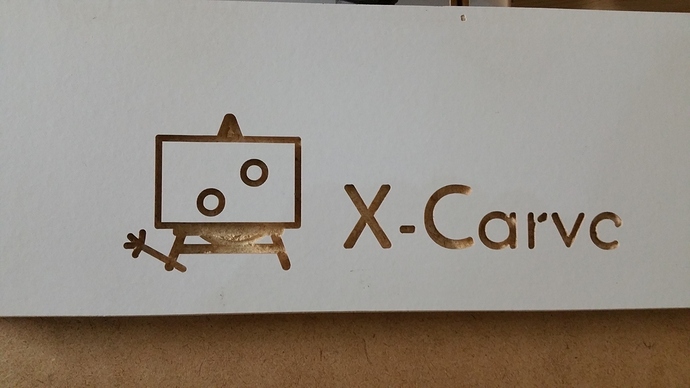 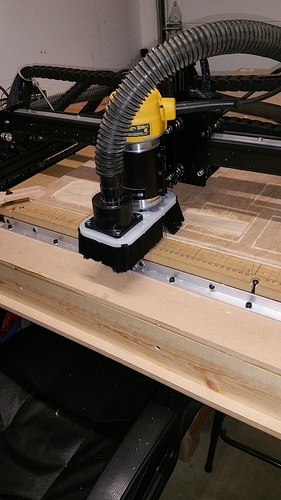 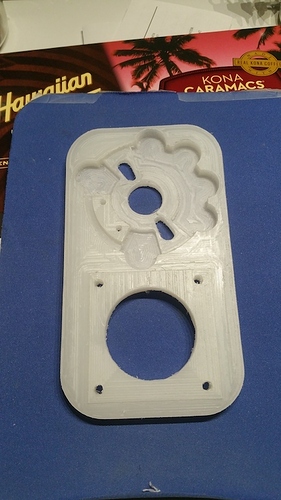 Congrats! Only took me like 3 years to put mine together. Yesterday I pretty much tore it apart and put it back together because I assembled it wrong. Live and learn. Enjoy!

Hear You! I flipped my X extrusions during assembly and when it came time to mount the limit switch…$&^$&%&^%()__! And now focusing on the enjoyment. It’s so much fun…

congrats on getting it going a being happy with what you have done, looks great from the pictures.

I did that too. I know that they said to make sure the v-rails were on the outside, would have been real nice if they also mentioned that the t-slot should be towards the bottom of the rail.