I installed new pulleys for 2:1 ratio on my Z axis 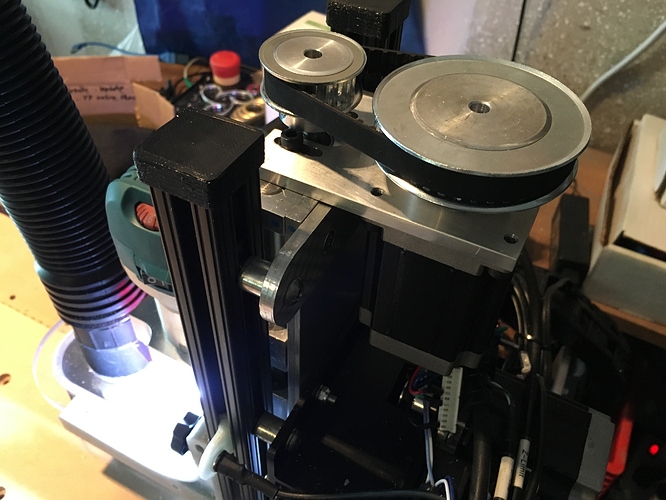 I might have a loose connection though. You can see in the picture I soldered pins onto the upgraded stepper motor wires and plugged them into the stock cable plugs (not ideal). I might solder them permanently, but I know I’d regret that.

The Chinesium pulleys both have a very tiny wobble to them(may just be the flange), but work great and effectively halved my 3D carving time.

I just cut the plug and permanently soldered the wires to my 269oz Z stepper on my 6" linear rail because I think it sparked out during a rapid move and lost connection. It was doing good 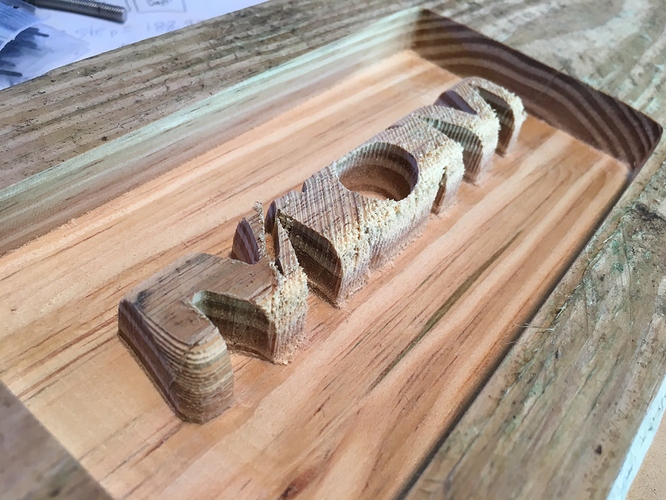 With a 2:1 increase you are loosing half the torque. Not a problem if you have enough to begin with and want to trade speed against torque though

Good call, I calibrated them with a voltmeter; although, I did just crank the Z pot up a notch, but I’m monitoring thermals.

I actually fixed it by modifying the tolerance in the 3D parallel toolpaths. I had it set to .0004 (ten thousands, I wish) and I just bumped that up to a much more reasonable .002 (with smoothing) and it hasn’t stalled yet at 1,800mm/s plunge speed and 100mm/s Z acceleration. Now she’s screaming!

In Fusion 360 they have a tolerance setting and a smoothing tolerance setting, which will condense the code a little and round/average the points. If you hover over, there’s a pop-up tool tip explaining. 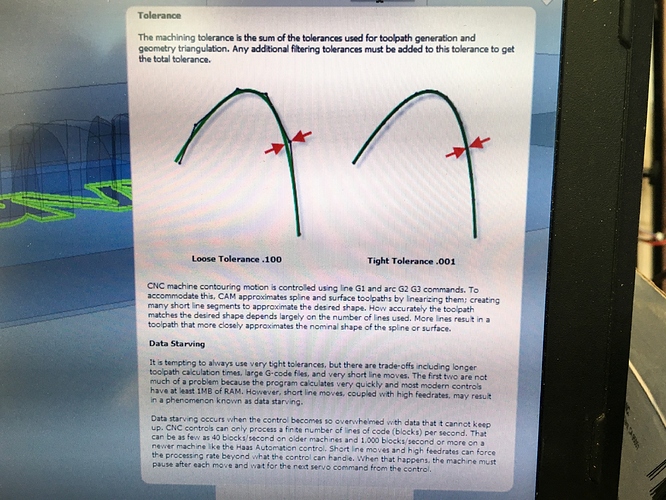 Yeah that photo upthere was the first pass. After a second pass rotated 90 degrees looks like this 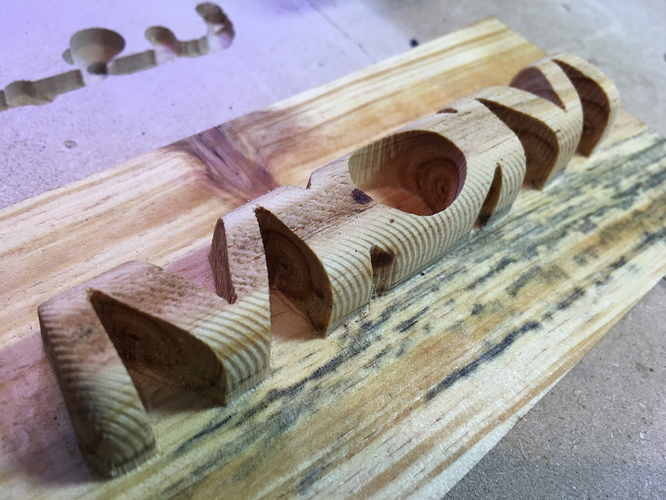 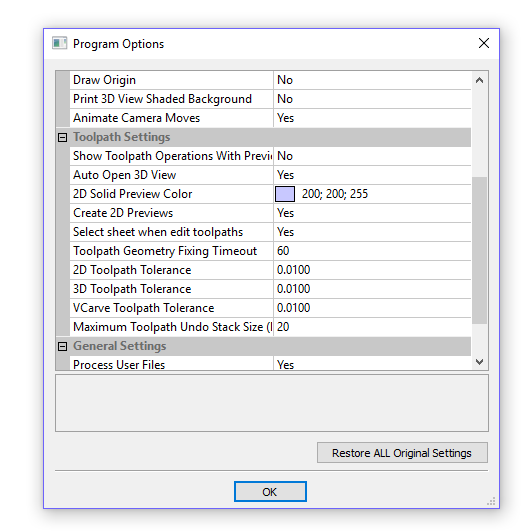 You set the projects “resolution” in the “Job setup” section
Standard, High, Very high (I am not sure if this effect tool paths though.)

Tool path Tolerance is set in the “Options” Menu. You can set a decimal value for 2D, 3D and V Carve toolpaths separately.

FYI: VCarve is odd with curves. If you have it as an actual “Curve”, as opposed to a straight line or a bezel line (a line made wavy with anchors) it will output the curve as a actual curve command in g code. (G3?)
Otherwise it outputs everything as a series of straight lines. So a curve gets broken down to hundreds of tiny straight lines along a path (G1 moves). But most CAM programs do this, so it is not much of an issues. I only know about it because I wondered why when cutting a single giant circle was generating so much code. When it could, in theory, be done with a couple of curve g-code commands (G3?).