Soooo I decided I wanted adjustable clamps, so I took some caulk guns, took my grinder to them, and drilled a hole for the screws that go into wasteboard. 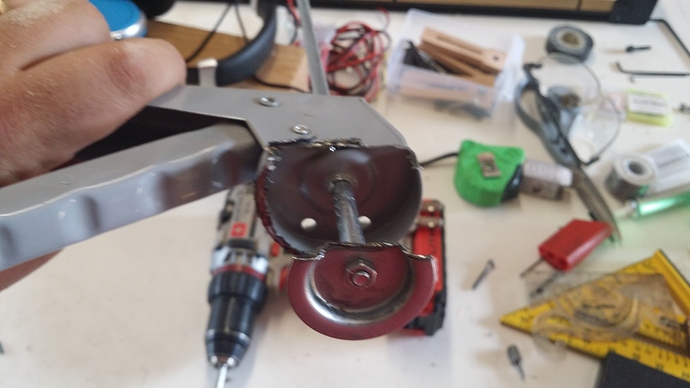 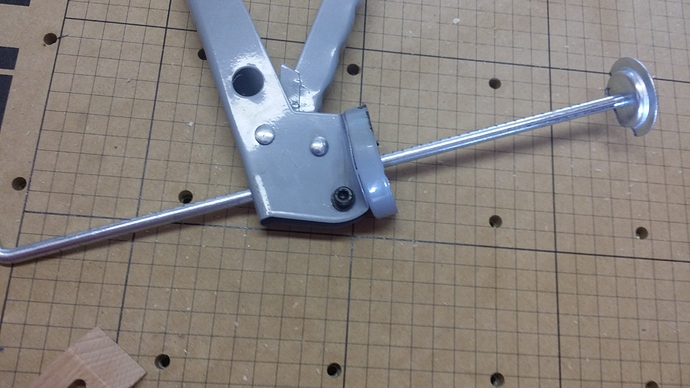 it’s a 9" caulking gun. that’s why I cut the long shroud and halfed the other parts, now it sits level enough… $2 caulking gun @ Menards

In the middle of cutting now… roughing… 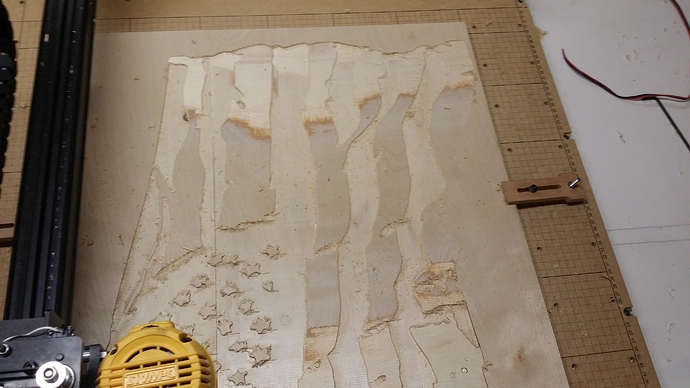 I would think a butchered (plastic) wood clamp from Harbor Freight would work too, I know being frugal is a good way to save money but if a bit hits that thing I think something is gonna get munched.

It was more about what was local for me… and it creates a pressure clamp from the sides, so unless the xcarve goes crazy, or you clamp in an area that is obviously going to cut through the side of the piece, no chance of hitting it… Also, caulk guns (cheap ones at least) are made of aluminum… I don’t want to run over it with my bit… but it could be worse…

I’m not claiming it to be the best idea or clamp… just sharing a possibility (besides, it’s a prototype lol)

That is very nice. What feed/speed cut that out in 12 minutes?

I did like the Izzy version of the hold down clamps possibly redesign them with a wooden screw and dowels and a low profile side clamp style… There are a ton of clamp options and styles that can be made with the XCarve - I have had things go flawlessly then one little hiccup and it rolled right thru a clamp 4" out of the way - things happen.

I Totally agree that it can go wacky. I’m very new to this (only 2 cuts in) and I’m learning fast that not everything happens the way the software and hardware “should” make it happen… case in point, if I hit the return to zero button in UGS (yes after setting zero) my cutter takes a dive and will bottom out in my wasteboard.

thanks… just trying thinking out of the box, but the above concerns are correct… in order to use this, I would have to add a pushblock which would make it safer for run-offs… this would also allow for a better mounting idea.

Did you get your idea from Izzy Swan? He posted this video 3 days ago using chaulk guns as clamps.

100% honesty, no. My own crazy idea while @ Menards the other day… Have had the caulking guns for about a week or so.

These would probably work well, although its still metal and could mess stuff up if you hit it. They make lots of sizes too. 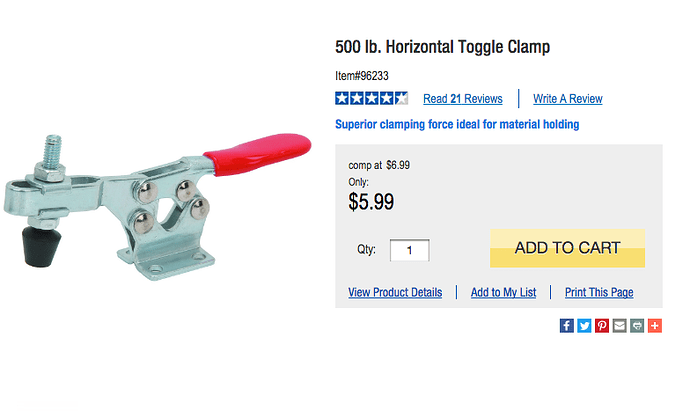