I had a go at edge lit acrylic the other just with some test pieces but decided to have ago at 2 edge lit pieces together.

I took a random picture from google and used the image trace, i copied the image in easel and seperated the tree from the leaves, so the tree and bottom leaves were carved in one piece and the falling leaves in another.

White leds shown through the tree piece with colour changing leds on the falling leaves.

the video shows the effect https://youtu.be/XlLsqE4LpxY

The projects around just keep getting better and better! Well done, great idea!

Thanks everyone, i think this could be really effective with the right design.

With the cutting I was getting a lot of melted acrylic, I got around this by doing another pass at 0.1mm deeper, what would be the best bit to use. I had the dewalt router at lowest rpm.

I couldn’t tell from the video, are the two plates against one another or do they have a gap? Were the light strips in separate pockets? I would think there might be some bleeding if they were together.

Nice! I did something similar with my company’s logo. 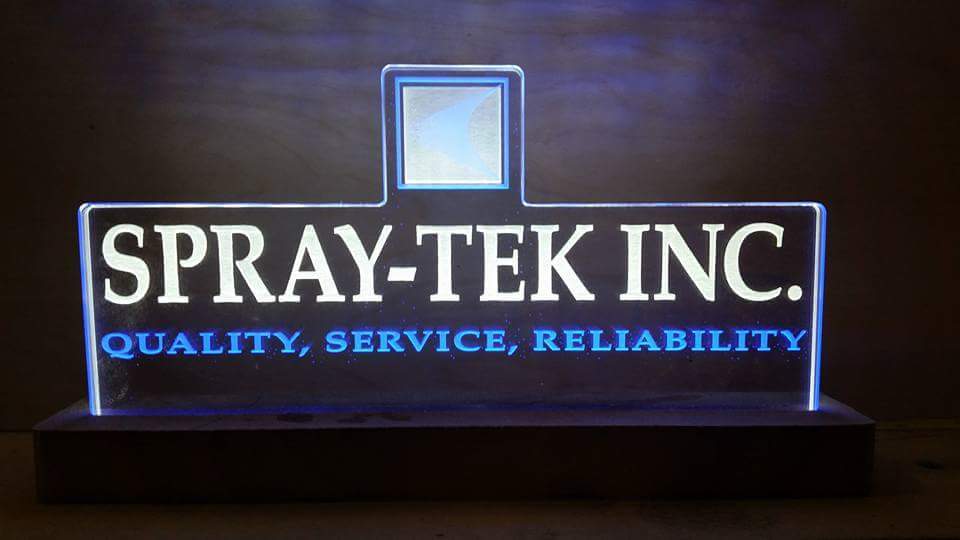 What kind of bit did you use? It looks like another new direction to try things.

I wonder how effective it would work if you did the front piece as a mirror image. Then when it is assembled all smooth sides of the acrylic would be on the outside.