2 stage carve. Using 1/16" roughing, and 1/32" detail. The peices cut out on the roughing are a bit higher than the detail. Not sure why, probing should solve this correct? 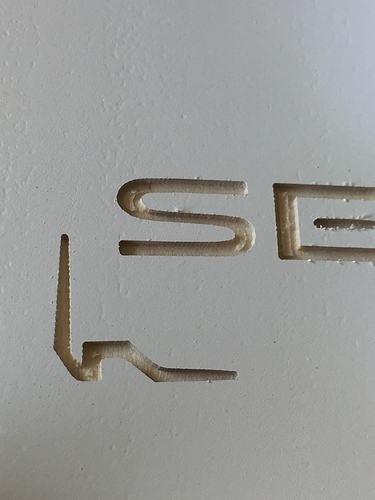 After posting this I notice the two small spots in the lower left of the shell casing, it is cut 100% on detail pass and has two spots too. I could run the entire thing with a 1/32" bit, but it seems the two stages may not be the issue now.

It’s not chatter, that’s just the fuzzy stuff from the 1/32" uncut bit. Believe me, I’ve had the chatter issue. Just changed the depth of cut settings and it fixed it. I’ve been checking my wheels and belts about once a week, might be over cautious but I’d rather be that than not cautious enough.

Yes, if you probe, you shouldn’t have different depths given that you have nothing else going on.

I’ve actually been tracing 1/4 of the puck with a pencil so that it goes back in the same exact spot. I’m using workspaces now. Some stuff I’ll just cut with the 1/32" bit that the 1/16" on did a small fraction of on the roughing pass. Oh well…overall it only adds about 20 minutes.

I did go over everything again and found ONE wheel on the z axis that was just barely loose enough to turn with one finger, tighten it up just a tad and it’s good now. Not sure how I missed it first time around, but would one wheel just SLIGHTLY loose cause the issue? After this I checked everything else again and still fine.