After months of preparation and setup I’ve finally been able to test out 3D milling in aluminum. I saw a few youtube videos of aluminum milling and got a rough idea of the of speeds and detail I would be working with, so it has been relatively easy to get started with aluminum. Ultimately, I found using GWizard to be the easiest way to determine all of the feeds and speeds that the machine will carry out.

I’ve done some upgrades to my machine, mostly based on @Travelphotog’s machine. He has been a great help and has made it easy to upgrade the base machine into something that can do harder materials. I have a 0.8kW spindle, steel reinforced x-axis, and aluminum bed. The spindle is helpful to have because of its ability to run in a lower rpm range than the typical CNC routers. For this job I ran the spindle at ~15,000 rpm, which I would have trouble doing with the DeWalt I had previously.

I made a 0.5" x 0.5" x 0.1" square pyramid in Solidworks and then used HSMWorks to create the 3D tooling. I used the values from GWizard to set all of the parameters within HSMWorks so that it doesn’t assume I have a massive machine. The aluminum block I used is leftover from a school project. That’s why there are holes and other features around the pyramid.

The result turned out much better than I expected. I’ve tried a few test cuts before this part, but I would be happy if this is as good as it got with aluminum milling using the XCarve. 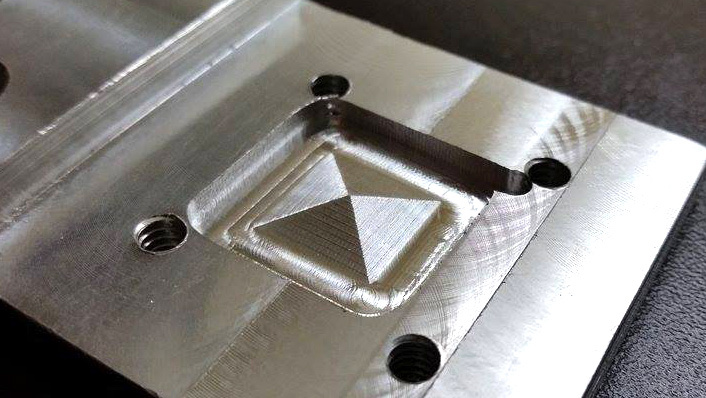 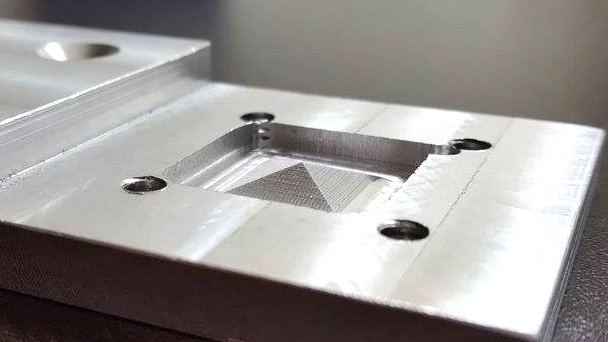 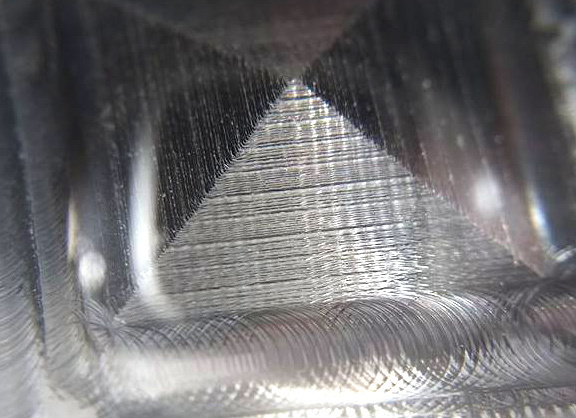 Just for reference, what size bit and what feed/speed did you use?

Thanks, it was a fun test to see turn out well.