I wanted to ask those who have had much more experince than myself at this.
I am getting strange ridge lines when my final cut is done. Here are the image.
I am using a 1/8" bit from inventables that is strait flute. The ball nose for the final is 2mm
Any suggestions how to keep from getting these ridge lines? Oh yea on the 2nd image you can see a line running accross the surface that should not be there. Its the one that arcs and is deeper on one side vs the other. 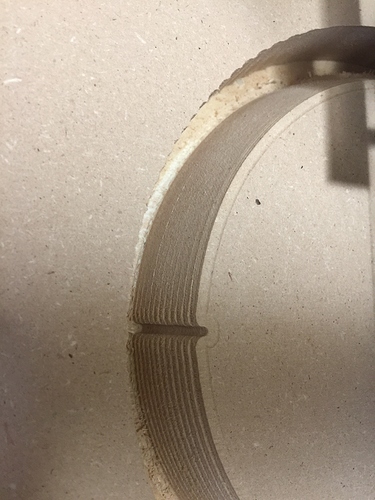 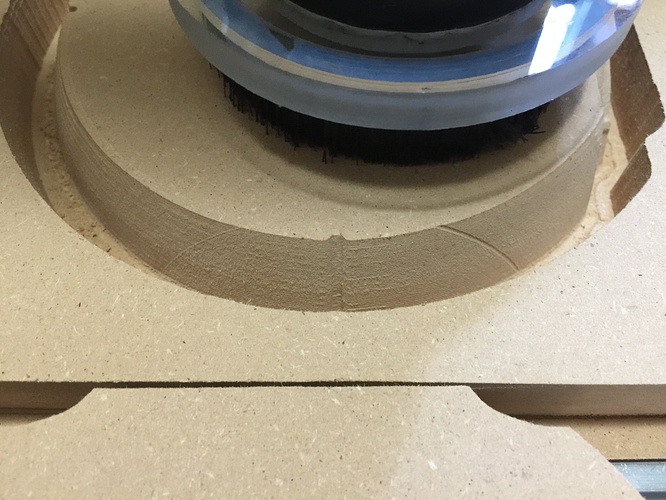 Ran another job and that line was raised instead of cut in.
It appears that the Z axis is changing somehow.
I am going to try to remove my 3d printed mount and use the dewalt one with a couple of shims to make it fit. Then I will see how it works and report back my findings.

Just found out that I have no setting for backlash.
I am going to run through an entire calibration setup and see if I can get this thing tuned in properly.

Ran a full calibration. The z axis was bad and turned on the backlash.
Now all 3 axis will do 20mm perfectly. Next it to see about tweaking speeds to maximize the travel. I need it to be optimized for this next carving I am doing.

Good luck, it’s a great feeling when the machine is tuned up and it does what it is supposed to do.

Just ordered a new stepper. I kept getting lost steps but only on the X axis.
I checked the trim pot but that didn’t solve it.
My guess is that its worn out. It will not hurt as I was able to get the new one cheap. (less than $2)
I will post if this corrects the problem.
Also is is possible that the belt is not at the right tension? Its a bit tighter than the y axis but I will have to remeasure it again. Moving it out of storage I had the belts loose so they were not sitting in a tensed state. Also would heat be an issue. It gets over 90 degrees in the room I have it in.

tighter belts shouldn’t cause lost steps, but can lead to higher wear which can… so if there’s no unusual wear, probably not the source of the problem

I ordered a new stepper. Tried it last night. I ran an air job for an hour to let the motors get warmed up and to see if I loose x axis stepping. The new motor is the beefier with 2 times the torque. After the job I tested to see if it missed and it was spot on. I think the older motor was just worn out or its not able to handle the modification I did with the new Z and spindle weight and it was skipping due to lack of torque for holding. At any rate I think this will allow me to run it much better now.

Put a larger motor on the X axis (296 in oz) and this seemed to solve the issue.
New belts too as one broke while working on a project.
Moving to the white belts that have the steel in them. They will last longer.

Hi Stephen
I have the same situation lose steps in x,
After my stepper motor was broken then i bought new one, I had ridge lines and the zeroing not returned to my zero set
I think this one need more current
now it works good but I think if i change it to 296 in oz
for more powerful
can you send me the link for this motor

This is the one I bought.
Its a drop in replacement and works just fine off of my Gecko 540. 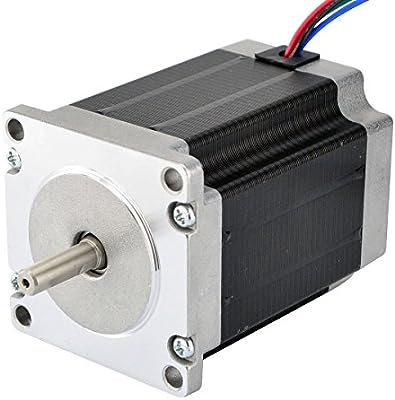 Just finished a different project. It carved perfectly. I am now carving as good as everyone else. I can now start working towards making money with my system. I ran it 7 hours and it didn’t even have on issue. 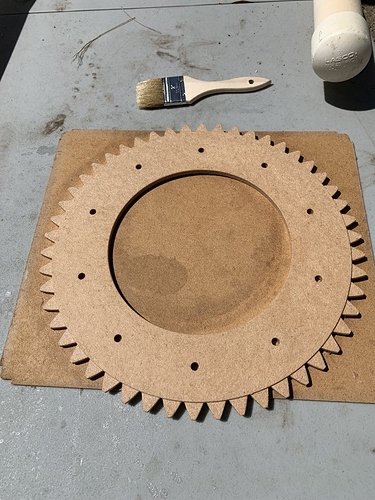 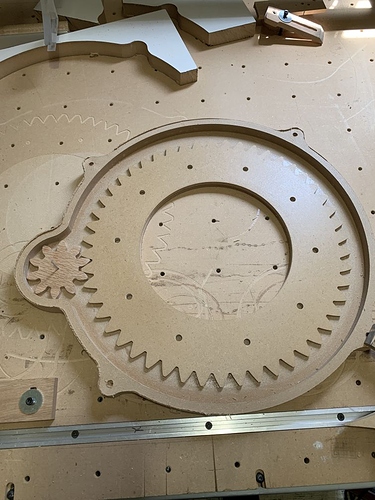 This is an iris that will be motor driven.

thanks for your replay
I update my xcarve from 500 mm to 1000 mm and use the same steppers, is it ok to use this steppers or I need to update all steppers to that one you send it to me

The reason I upgraded the X axis motor was because of my heavier spindle and Z axis.
I do not know what stepper motors you have.

Its not the size of the machine I was referencing to. Its the weight of the changed components.

Sorry I missed that.
Never mind my rant. I am working late hours and tend to miss things.