Hello all - I have been working diligently to get up running since building my X-Carve on Sunday. Had a really good engraving-type carve yesterday of Madame Leota from the haunted mansion…but thats a different thread.

Today I wanted to tackle a true 3D carve - and I am using the term “true” only to differentiate the carve from what people are commonly referring to as 2.5D or 2 1/2 D.

Specifically I do a lot of modeling in CAD programs and I end up with organic curves that are somewhat tough to tackle with traditional machining. They’re even more difficult to tackle with home CNC carving machines. I bought my X-Carve after a lot of research and I was confident that I could pull off what I was aiming for with respect to 3D, organic / spline carving.

So to start, I grabbed an old piece if 2x4 from the garage - measured all three dimensions and modeled up a nice spline cut wave in Fusion 360. 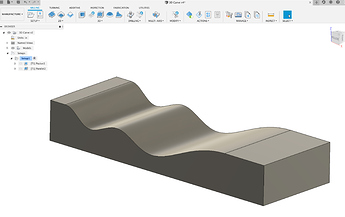 From here I broke down the carving into 2 steps: 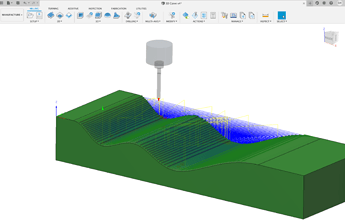 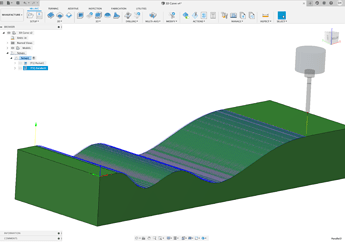 Very, Very important in this concept was to treat the 2 programs as if there was a tool change and send the G code for the roughing passes and the contours passes separately!!! This is the same methodology that I would follow any time I have more than process going over to Easel from Fusion.

I exported the G-Code using the Post Process utility (I have added Easel per direction and I am having great success thus far. 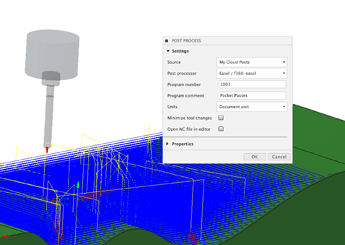 The next very important step is making sure that each of the processes are output individually through the Fusion Post Processor function AND that each of those programs are loaded into their own workpiece. 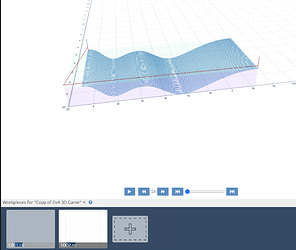 See the above image - there are 2 workpieces - each have their own part of the program sent over from Fusion…This particular design would actually work without the separate programs BUT…bad habit…The little bit of extra time (minutes only) will pay off in quality. 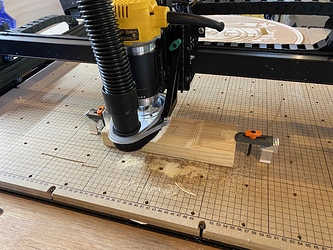 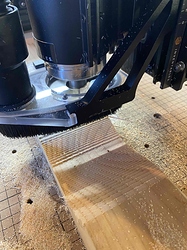 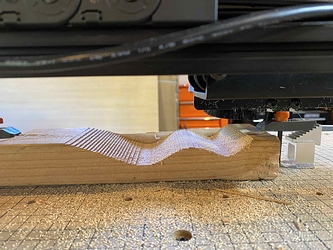 Now we began the contouring passes which were really, neat to watch. Lots of fun. 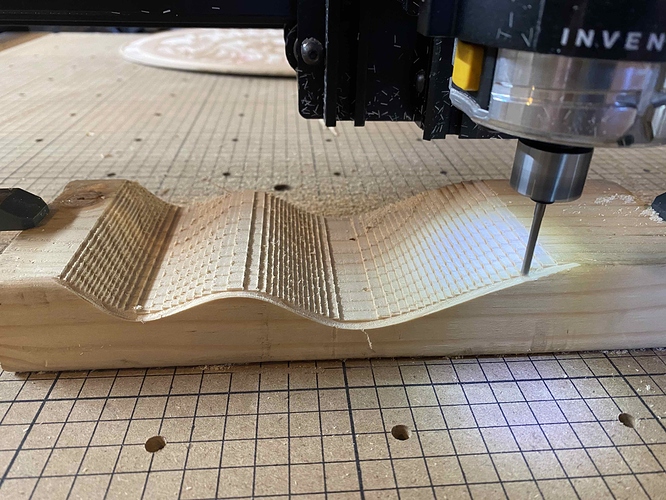 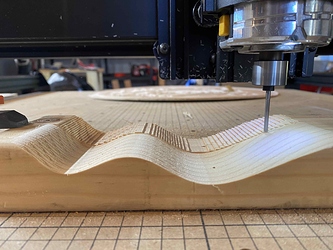 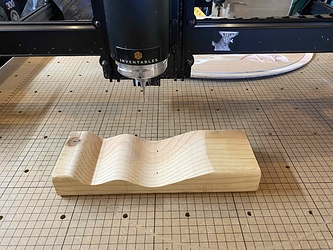 So thats the whole thing. I wanted to do a simple test to show off some of the capabilities of the X-Carve and Easel when used in conjunction with traditional CAD software.

Let me know if you have any questions.

Very, Very important in this concept was to treat the 2 programs as if there was a tool change and send the G code for the roughing passes and the contours passes separately!!!

Are you on the free version of Fusion?
If not, I suggest moving on to a different sender that’ll handle tool changes.

For this project I think I exported from the hobby version. I use have licenses for Autodesk Product Design Suite and Fusion is a “free” add-on that is included. Most of my modeling is in either Inventor or Solidworks. Fusion is fun though.

Fusion is indeed very fun, here is a very similar project I did last winter, broken into two separate tool paths. One flat bit for cutout/flange area and another for the ball nose for surface contouring: 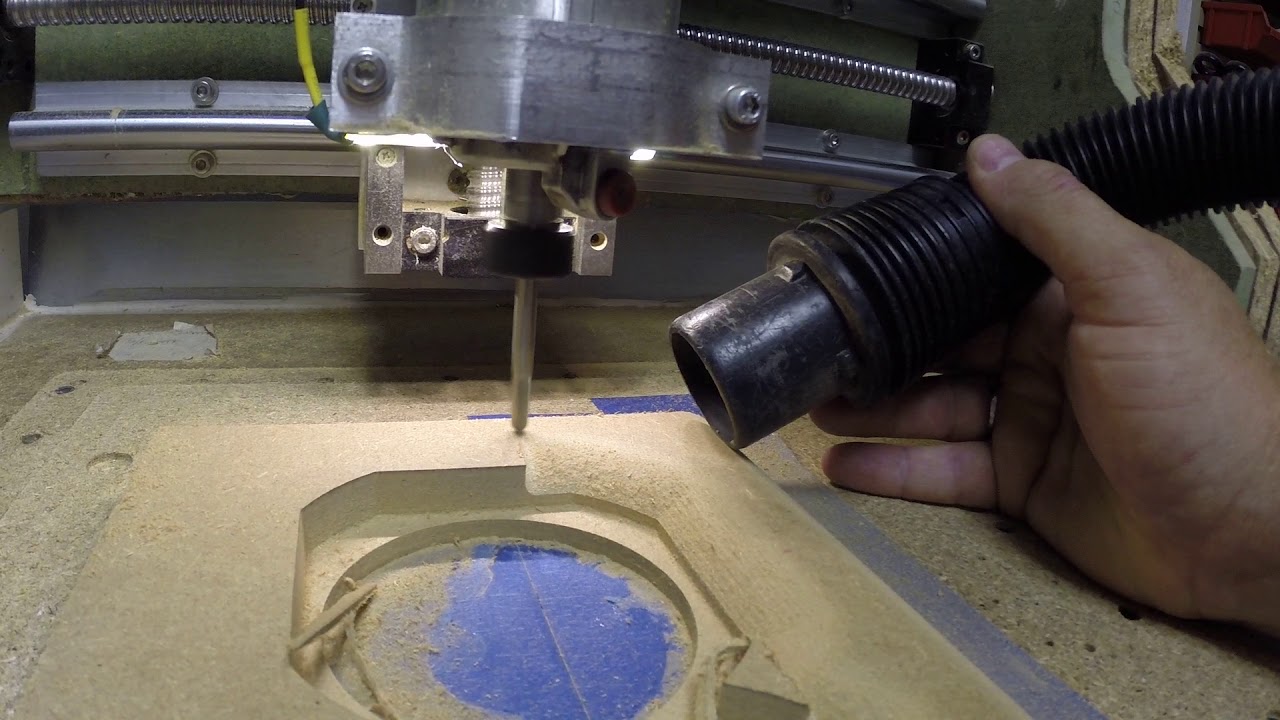