Wanted to push my machine a bit and see if i could get some cool organic shapes. Here is what i got. 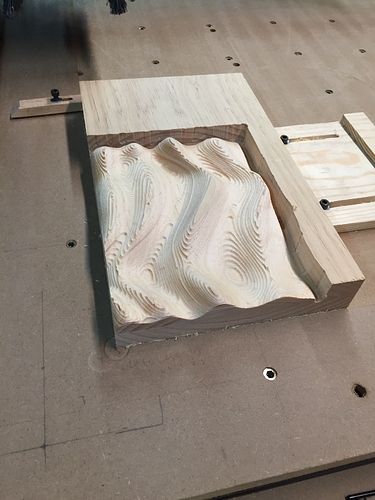 Total z cut was 1". I used fusion 360 for cad and cam. The tool path was adaptive 3d. with the following settings:

Great stuff, looks like it turned out pretty well. What type of wood is that there? It’s especially neat to see another persons set-up via the X-Carve through Fusion360. Haven’t been using it for that long but I’ve been really impressed with the 360’s power/flexibility so far.

Are you using Easel for machine control still via the G-Code importer or some other software?

The wood is pine, wanted to use something soft and relatively cheap. I use the gcode importer from easel works well.