Greetings. Tonight I finally finished a ShapeOko 2 -> X-Carve 2016 upgrade. Backstory: we ordered a ShapeOko 2 for our makerspace a little over two years ago. Put it together as a group-build project, but it never got a whole lot of use because it was loud (Dewalt 660, shopvac) and a bit unreliable (wasn’t trued/trammed up,belts were never set right, eccentric vwheels weren’t adjusted right). Those issues plus the fact that we got an Epilog 50w laser cutter left the old ShapeOko2 collecting dust. Fast forward to a couple months ago, and I decided to dive into a full and proper upgrade. First I picked up a 400w air cooled spindle (plus PSU/mach3 board/collets) off eBay. Then I got the ShapeOko2->X-Carve 2015 upgrade, and finished up with an X-Carve 2016 (X-controller+new x-axis extrusion). Went whole 9 yards and also picked up Suckit! and Triquetra.

I’ve been plugging away at the build over the holiday break, but I had no idea how I was going to incorporate the 48v PSU for the new spindle. Yesterday I decided to take that on. I ended up mashing up a Meanwell PSU enclosure design I found on Thingiverse, and a case I created on makercase.com. Used .22 acrylic which I lasercut, and assembled it with t-slots. I threw in an e-stop button I had lying around, and used a panel connector plug (https://www.inventables.com/technologies/panel-connector) for the PWM/Ground/Spindle+/Spindle-. Also used this fused power adaptor https://www.inventables.com/technologies/power-entry-module . I’ll get the .cdr file for the enclosure uploaded to Thingiverse later this week. Anyway, thought this might be useful for others trying to deal with a secondary PSU. 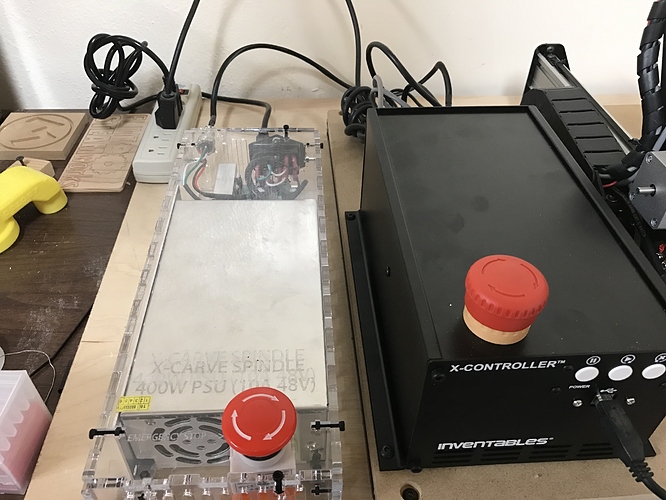 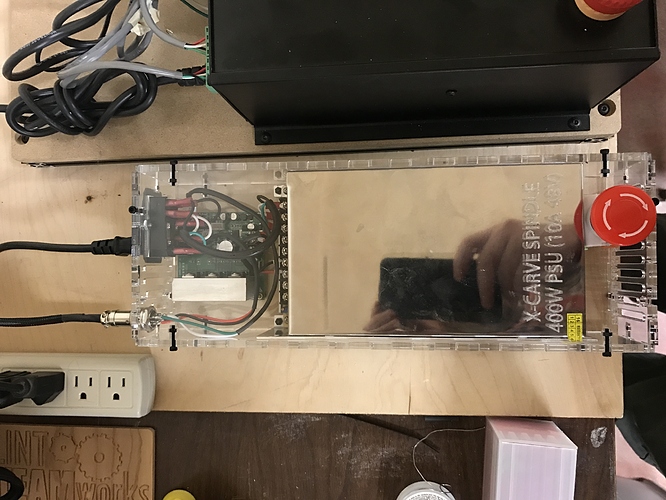 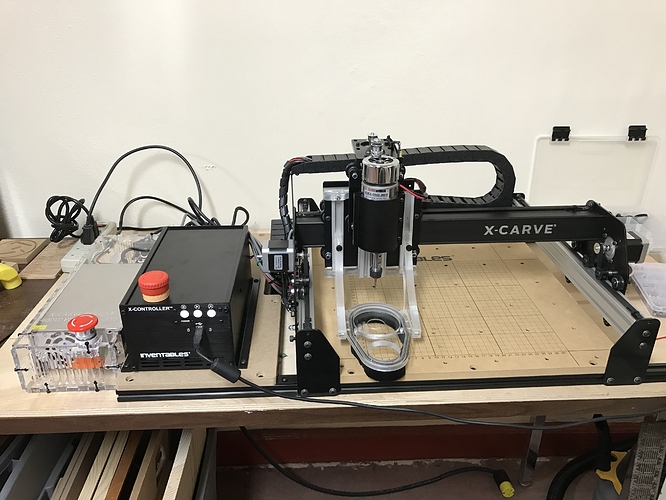 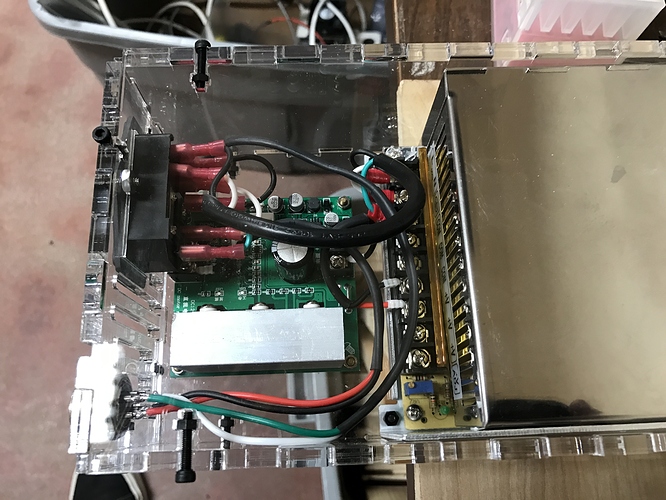 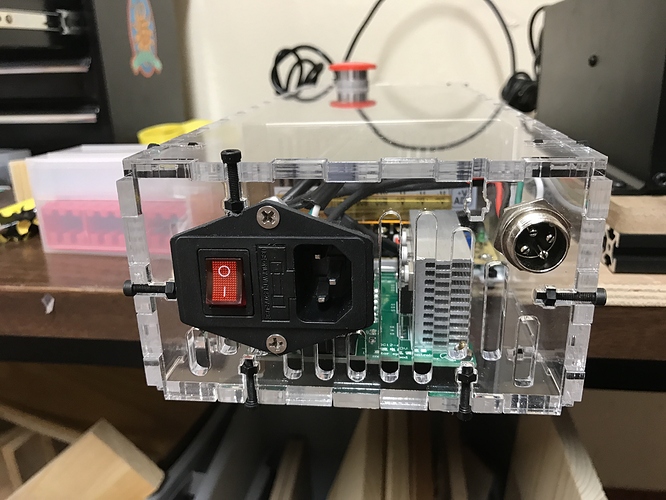