A couple of upgrades

I’ve had some concerns about flatness and rail flex for a little while now, and figured it was time to do something about them. These upgrades aren’t all that pretty, but I’m over keeping this thing pretty. It needs to be rock solid, accurate and reliable.

To address the flatness issue, the first step was to be sure the frame was flat. I had a slab of artificial granite that a friend had given me, so I decided to use it. It’s an inch thick, very heavy, and perfectly flat. Sadly, it wasn’t large enough to cover the entire underside of the frame, so I cut it in half. You can cut artificial granite with a carbide blade on your table saw, but I wouldn’t recommend it.

Also, since the slab wasn’t long enough to go under the main frame of the machine and the sideboard, the sideboard would have to be detached and would be sitting lower than the rest of the machine. Not a problem, but if it was going to be lower anyway, there was no need to keep the extrusions under it. I pulled all of those and added the two long ones to the frame of the main machine.

So now it has five parallel extrusions and two perpendicular. The five extrusions are each bolted to a slab of artificial granite with four bolts each.

Bare frame on end with the granite slabs 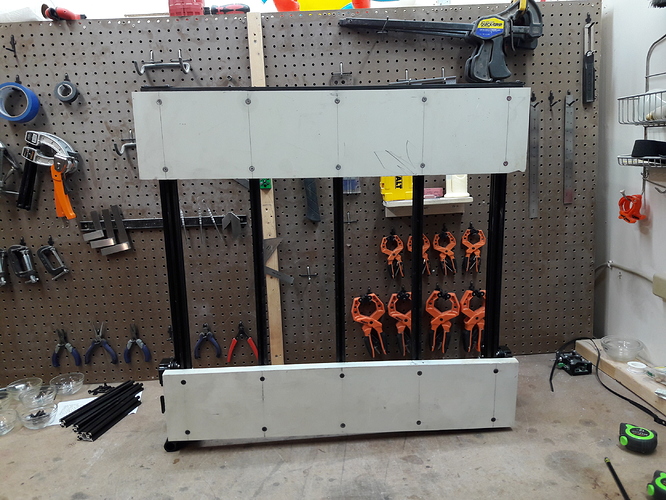 Top down on the new foundation 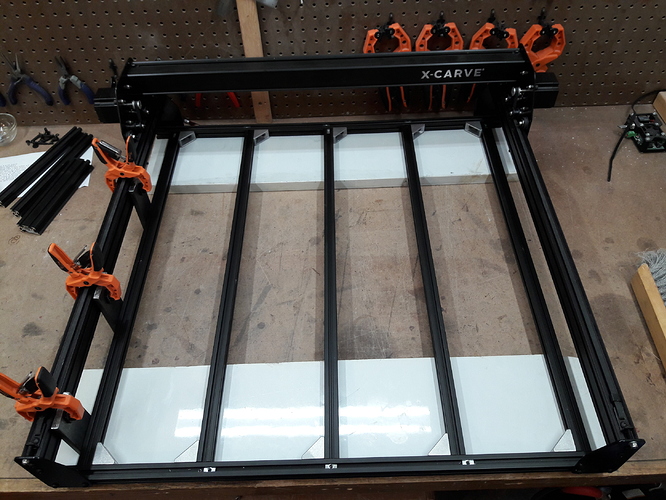 Next step there will be a new waste board flattened to the machine, but that’s later.

For the flex issue, I bought a piece of steel bar stock 3/8" thick, 2" wide and 3’ long. I was able to cut eight braces out of it. I had to shave 1/4" off of each side of the stock wasteboard to make room, and then slot the center mounting hole since I had to move the outer extrusions in slightly, but these things are awesome. I can’t see either of these rails flexing in any direction without ludicrous amounts of force.

Clamped in place to check clearance 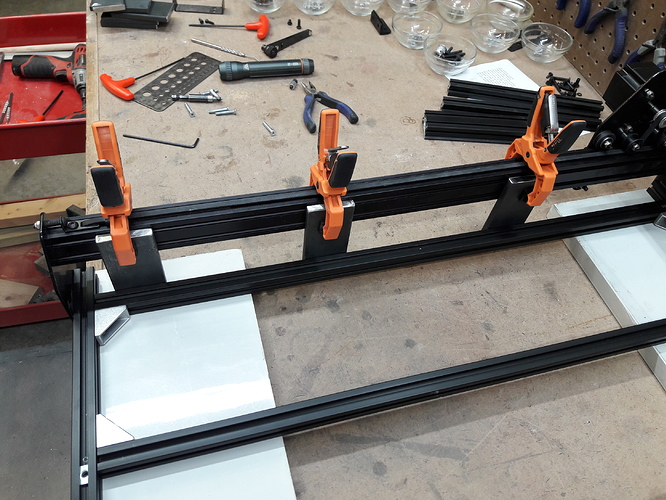 My fancy drilling jig to make the mounting holes 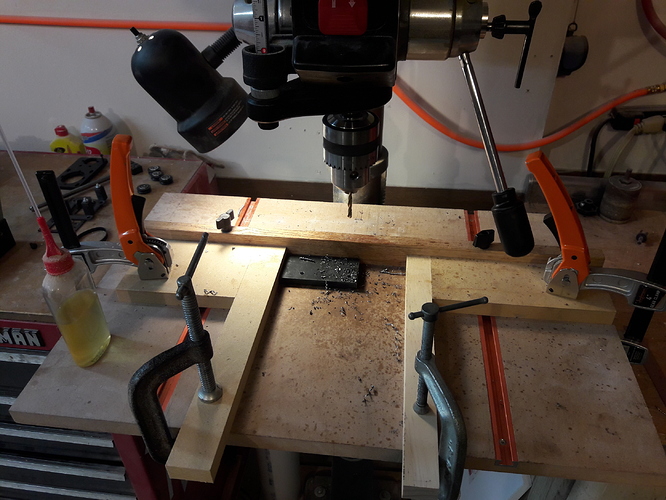 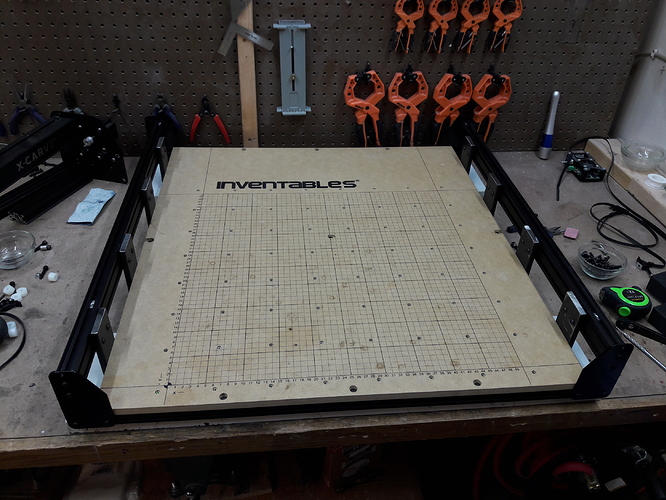 I had an issue with compacted Corian dust in the V-wheels and on the rails, so I had someone print a set of dust shields for the bearings/belts on the ends of the X axis, had to cut about an inch of those off the bottom to clear the new braces.
I added side shields also to help keep the dust off of the rails. 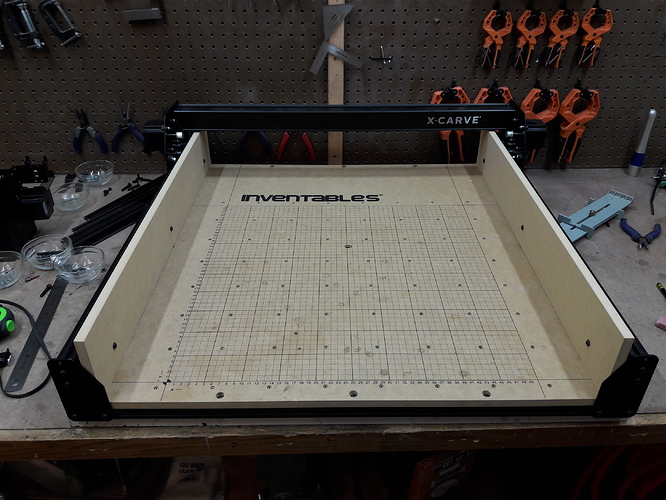 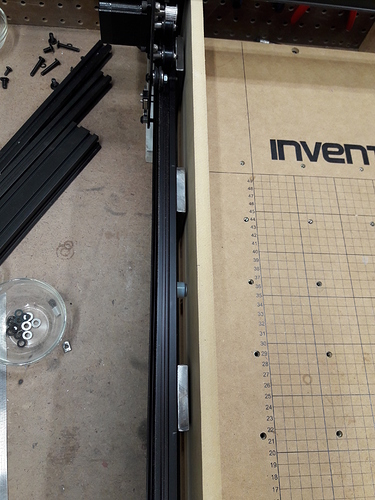 Since I had it all apart anyway, I pulled all of the V-wheels and cleaned them up thoroughly, squared the frame (it wasn’t off much, but it’s dead on now), and moved my limit switches. I want my Home position to be all the way back on Y and right on X, so I had to drill and tap a few holes and install the limit switches and stops in new places. I still have to lengthen the harnesses for the switches.

Also made a new toggle switch for the X-Controller that sits up front. Who in the world thought it was a good idea to put the only on/off switch the machine has in the back of the controller in the middle of all that wiring???

I have a new laser mount on the way and I’m painfully awaiting the arrival of my new linear Z from Canada. Since the motor mounts on top, I’ll have to lengthen that harness as well. Once it’s in place and the Z is squared I’ll start working on the new waste board. Once it’s all said and done this should be a much more capable machine. I plan to start using GRBL Panel for my cuts also. Haven’t gotten to play with it since the machine is down but it looks like it has a feature set that will work well with my workflow.

Hopefully by the end of this next weekend I’ll be USING the machine again instead of tinkering with it.