It would be great if there was a hot key like shift or control that would disable the red smart guides during point editing. 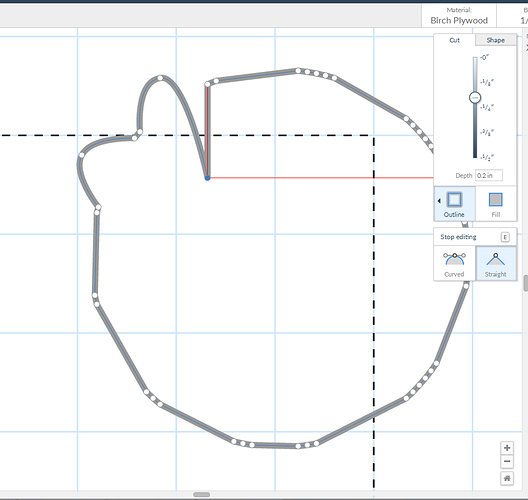 Allowing the ability to delete nodes would be a great feature too.

You can do that with the delete key.

I’ll have to try it again, then. It did not work for me yesterday. I was trying to delete a line segment between to nodes. I thought deleting the nodes would do that.

Ah, yes. that is different.

Check this for a temporary work-around and see if it works for your situation. It involves using the Exploder app.

Also, when you are in point editing mode the ctrl-scroll function zooms the whole browser window rather than the work space in Easel.