I have been doing 3d carves for a while and lately have gotten into finer detail by using a .125 20deg. carbide v bit with a radius ground on the tip on bigger projects. I normally use these bits to 3d carve coins but any how what ipm are you all running with that small of a bit. Currently running 150ipm and 150ipm plunge on hard wood. Just curious on other peoples settings.

Do you mind me asking where you get those bits? I would also like to see an example of a coin you have carved !

Find many great new & used options and get the best deals for 10pcs 20 Degree 0.1mm Carbide Engraving Bits CNC Router Tool for PCB Board at the best online prices at eBay! Free shipping for many products!


Only ever took a few photos they are from a year ago when I was still learning. 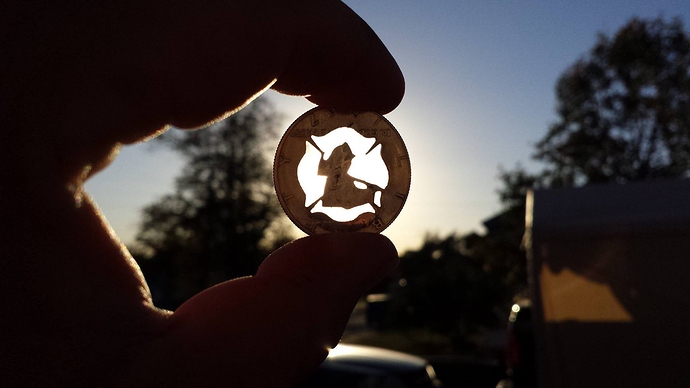 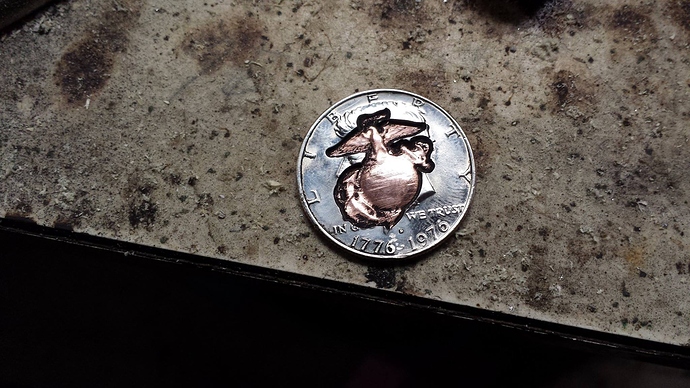 Thats awesome! how did u get the radius ground on the bits? I use that exact bit to carve small 3d in wood but mine are flat tipped.

I ran this at 110ipm but with a slow plunge10ipm, I guess I never adjusted the plunge… 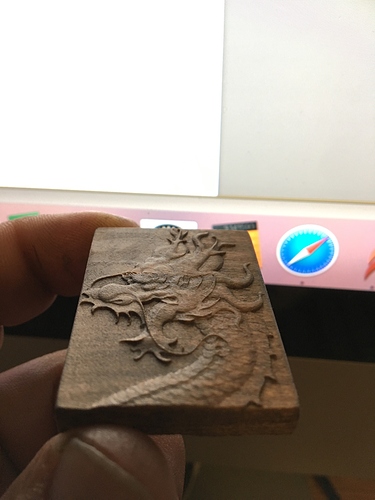 I used a honing block a flat tip works fine in wood at that small of a tip. I pot a radius on them because can’t grind a flat square to the bit. Just my way to widen the tip.

What are you using to create the coin 3d.
I use some 3d apps but would be nice to figure out how to keep the detail when making them.
I use a 3d model then capture a relief black and white image that I use but I loose soo much detail.

Artcam, fusion 360, The fireman was in easel. What software are you using? The 3d model when converted to 3d gray scale depth map might be loosing detail I have used both but never converted one.

The issue is when I do the head I take a 3d model and I scale it down a bit so its not poping out too much.
When I do the scale it looses the data.

Here is one that I did and made the man look like someones father. I reshaped the head and then used a scaling factor to make it more coin like. Otherwise it would look like his head is full 3d and not like a coin. 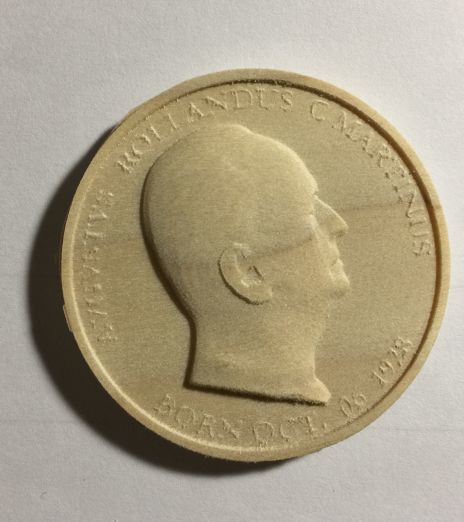 Ahhh now I see. Have you tried this on a slug of brass or aluminium? Sometimes some detail is lost to the grain of the wood. But I must say it looks good.

Thanks
The only way to work it is to re-edit the model so I can get the details to pop back out.