I am by far an expert when it comes to software troubleshooting. Since March I have become pretty accustomed with Easel and have been able to find why my machine did what it did. (Usually operator error). This one has got me though. It was like this all over. This was a rough pass of an 1/8 and a detail of 90 v bit. Any suggestions would be greatly appreciated 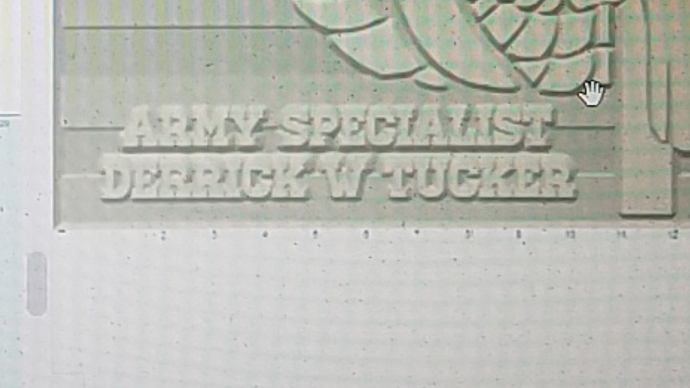 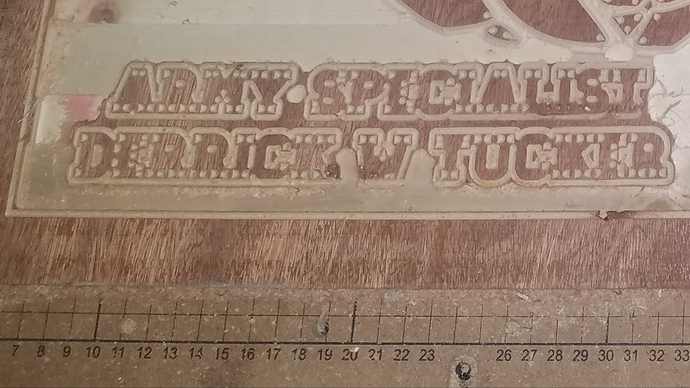 Looks like your bit dont go deep enough into your material.

Is your waste board properly flat and skimmed recently?

This picture was taken while the cut was still in progress. The space in between the lettering was complete and looked good but the circular holes were still there. It looks to me that there shouldnt be any carving where some of the holes are. This is not my first time using the V-bit and have never had this problem. I have not checked my waste board recently but I cant see this being the cause of the problem 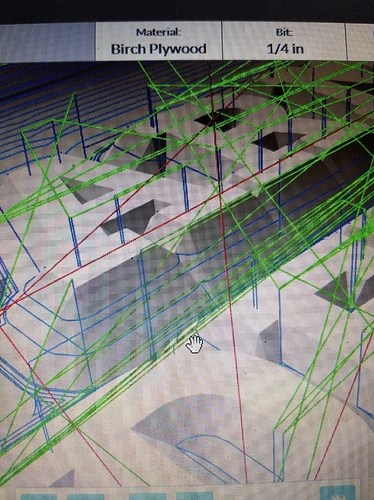 I was going to postulate that it was an issue with the type of text that you were using, but it is in the corners of your design as well (from your photo above).

Exactly. I have reached out to Inventables but have not received a reply yet. The font came from Easels library and the image came from the internet. I’ve changed bit sizes, backgrounds and cutting depth and still no change.

My best guess there is something up with the font, or at least how easel is processing it as a curve.
Just to test this idea, try changing to a different font and see what happens?

I did try changing the font to no avail. It also did the same thing on the image, not just the font. I opened up a new file and just redesigned the entire thing. Same images, same font, same size and on this one there are no holes. No idea what caused this

It looks like the bit is too large for the cut when I look at the image.
Did you try to test the same cut only single out a single word and test it on some MDF or other scrap?
if your using a 1/4" bit then go down to a 1/8" then 1/16" to see if its the size of the bit issue.
Otherwise without seeing the easel project I cannot tell.