it says; Push the post assembly insertion nut into the rear piece of X-Axis Makerslide.
=how?

The edge where the “flap” meets the rest of the nut goes into the channel of the makerslide first. The back side should pop into place and the flap acts as a spring to keep it from coming back out accidentally. 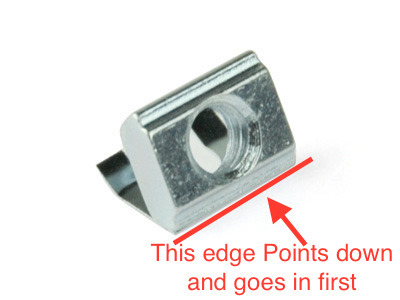 it went in easily.
i was told by inventables to put that because it got stuck all the way to the left and front while i was calibrating it.