I’ve run into issue with SVG import that have me scratching my head.

When I save an SVG File out of Adobe Illustrator with these options: 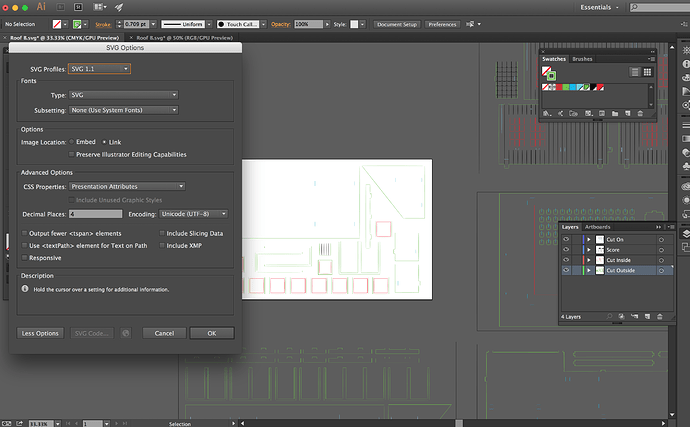 The geometry imports into Easel in all diffrent postions. 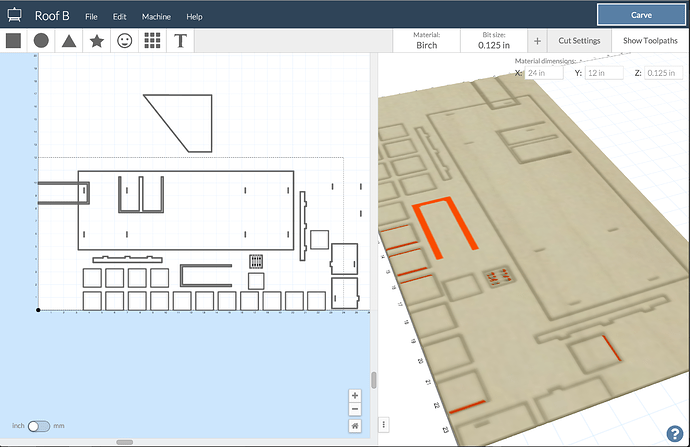 If I make the object into a series of Compound Paths, All of the geometry will be correctly positioned on import. But sections of the design will turn orange, and be ignored during toolpath generation. 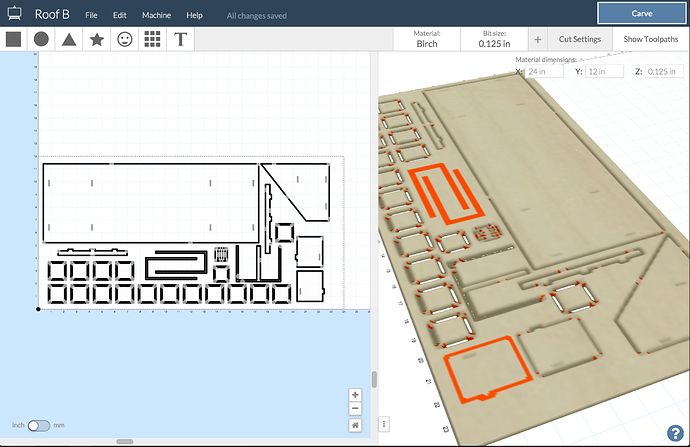 My hunt through the forum on this topic has been somewhat fruitless. There are multiple topics that discuss these issues, but most of them end with ‘I fixed it, don’t worry anymore’ or ‘use Inkscape to do X’.

I’ve scene that behavior in other projects, where part of the file will be orange because of bit clearance issues, but this is something else.

The orange paths in the screenshots are good examples of what i’m seeing. Long straight lines that won’t toolpath. What makes it more counterintuitive is if I have a series of parts that are identical copies of each other, one or two instances of a part will turn orange and the rest will be fine.

I got around the moving geometry problem in this project by exporting each closed line as its own SVG. I won’t hold that out as a solution though, it took forever to reconstruct the drawing in Easel.

In Illustrator, Select All and go to Effects -> Stylize -> Round Corners. Enter .004 as a radius. This won’t have any practical effect on the artwork as it’s outside the tolerance of the machine, but what it will do is convert the Polygon objects into Path objects which Easel will have a better time importing.

There is a bug in Easel where it ignores position data for svg [polygon] objects.

That worked perfectly. Thanks Mike!