When aligning objects usinng the align tools (after selecting multiple objects), is it possible to decide which object will stay still while the others move to align with it.

Example use case: suppose I have a circular object to which I have added additional objects around the inside perimeter, then I realise I want a hole cut in the middle of the circular path; I add the object for the hole and I select both that and the circle, but it seems like pot luck which thing will move to align with the other.
In such a case, I can’t just select all and centre, because that would cause the objects distributed around the perimeter to cluster in the middle.

I guess I’m saying I would like to be able to anchor objects on the canvas, really.

AtomicShrimp,
I’m thinking it’s the object that is in the furthest background (I’m not in front of easel at the moment). Try sending the object you want everything to align to, to ‘back’ first.

Thanks for the suggestion - I’ve just done a quick test with two objects in a new project and I cannot manifest any differences in aligning behaviour by changing the Z order of objects, or by the order in which I select them - in fact, in all of my tests, both objects moved to become centred on a point midway between them.

One thing that does seem to happen is that if one object is fully inside the boundaries of the other object, the outer object will stay in place and the enclosed object will move to be centred, so I guess that’s something, but I think there will still be troubles in odd cases, such as when you want to make objects concentric, but parts of them overlap outside each other (e.g.: two ellipses with their long axes at 90 degrees to one another)

You are correct. I just spent 15 minutes trying multiple orientations and re-rordering layers and it acts exactly like you have stated.
What you’re suggesting, like locking an object or ‘Align to Object X’ makes tons of sense and I hope they incorporate this into an update.

Just PIN the object you don’t want to move. See that little thumbtack? 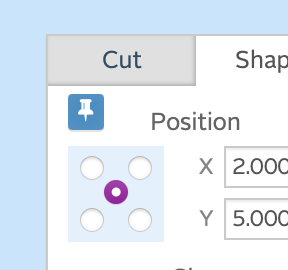 Thanks, Traxxtar.
Update: The pinning feature is under Machine Setup > Advanced
Thank you! 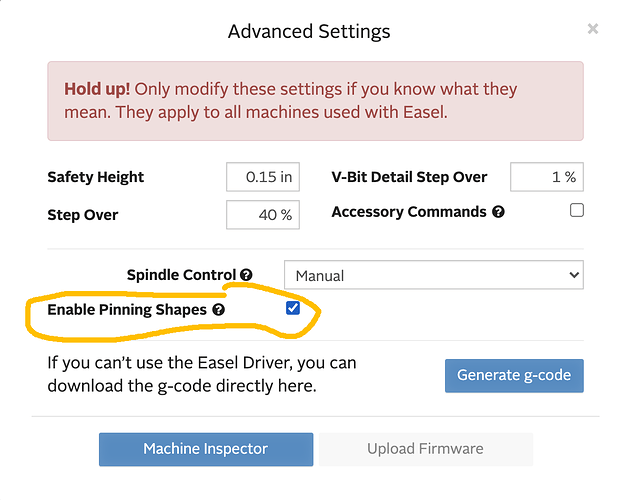 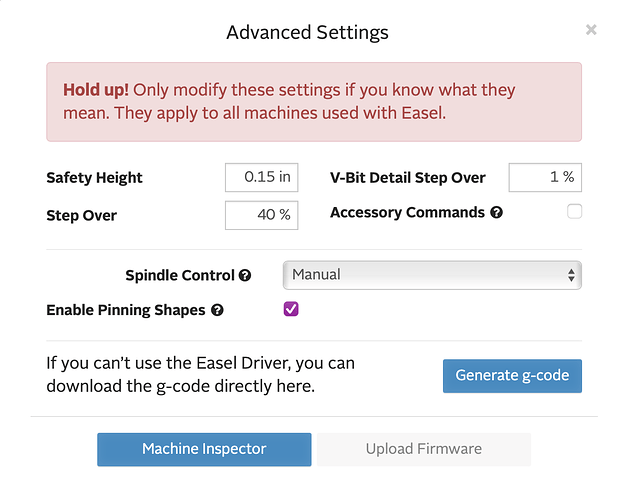 Awesome! Thanks folks - I thought I had looked everywhere for that option, but there it is - bit of a weird placement for a design option, but I am not complaining!