Started with not liking the amount of chatter then it ended up being how much can I do better? Enjoy!! GT3 belts and pulleys, home build laser, “axle” upgrades on x-axis and 40x40 vslot with openrails on x-axis. 1/4 eccentric spacers and openbuilds vwheel upgrades on all wheels. Y axis rigidity with aluminum angle. 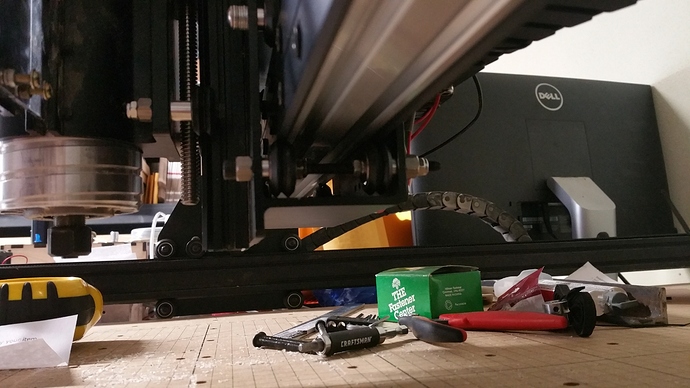 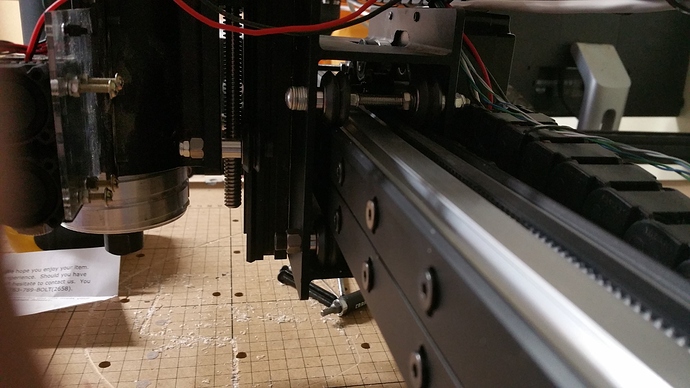 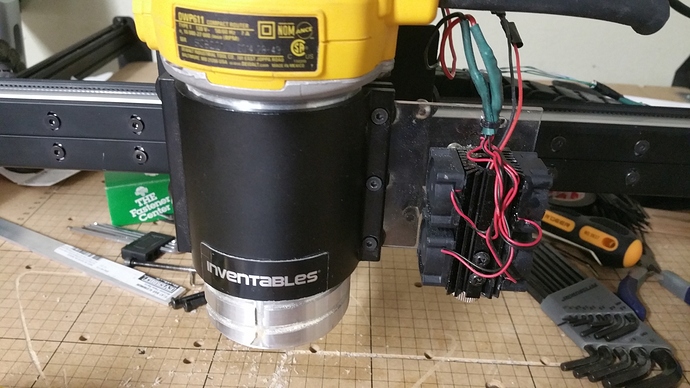 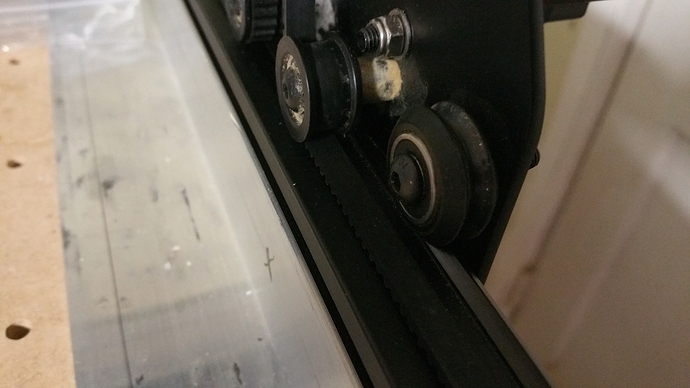 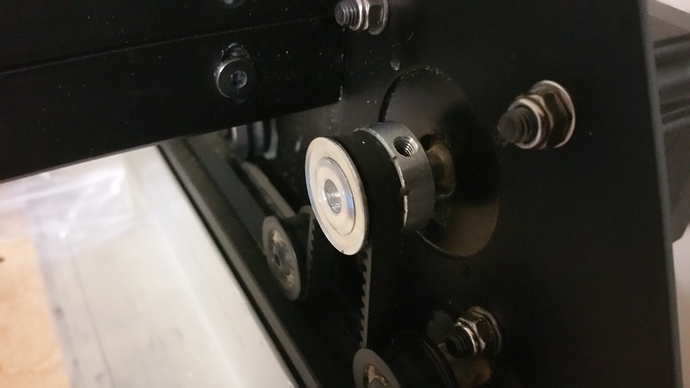 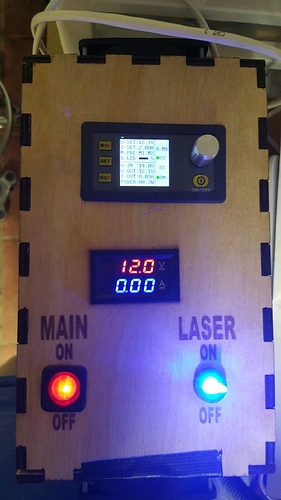 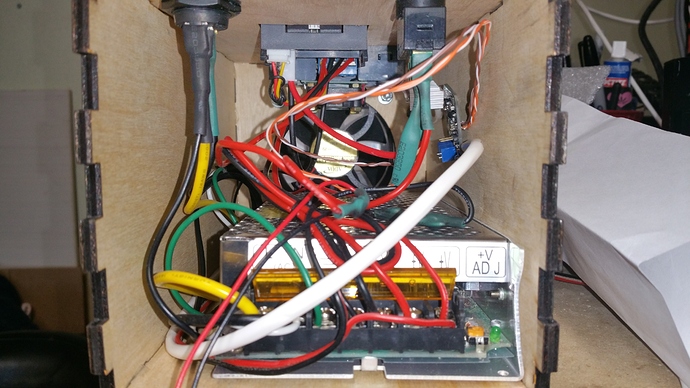 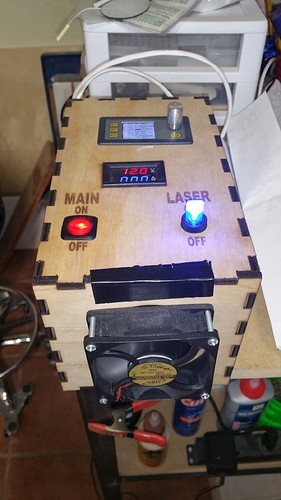 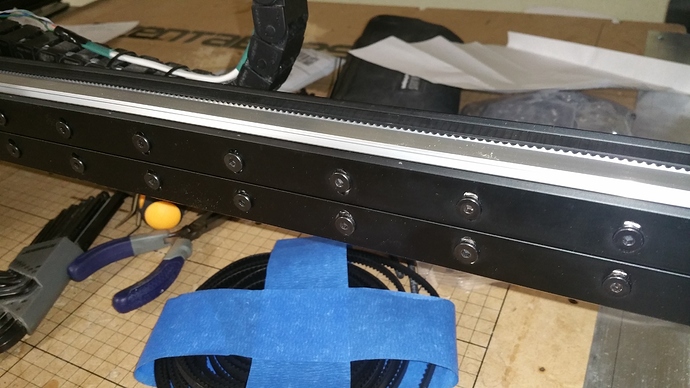 Very nice! I think I have the same laser. I haven’t used it very much yet. It’s PWM controlled with the Smoothieboard, what are you using?

Im using the stock arduino and grbl shield. Im using a Russian made LD driver though that will take either PWM or TTL, then use a regular 12volt power supply. I was looking at the Jtech lasers for a while but can get more power and control by going with another manufacturer, me!

On the Axle upgrade what did you do with the eccentric nuts?
Are the now spacers or still nuts? Are they any harder to adjust?

Au contraire my friend! They become EASIER to adjust as the previous ones were nuts and not spacers so you ( at least I did) tend to over tighten to get it just right on the wheel.

I am wondering if your mods will stiffen up the gantry even more than the other mode? Have you noticed a significant increase in performance?
Right now I get a slight “ripple” in the surface of my 3d caves which appears to be from the router shuddering during higher feeds due to acceleration /deceleration.

… and suddenly I have rebuilt the whole CNC

So I am torn between doing incremental upgrades or waiting and run as is, then building an new machine down the road.

I know the “ripple” you mean exactly. I have not milled any 3d stuff since the upgrades but plan to this week by the weekend. I was also thinking of moving to the solid wheels but after I saw how much thicker and stronger they are I stayed with them and now only time will tell!

I was also thinking of moving to the solid wheels but after I saw how much thicker and stronger they [?] are I stayed with them and now only time will tell!

The openbuilds vwheels. They also cover more of the bearing.

FYI: I just realized solid wheels would not work anyway as with this configuration the belt sits in the sold wheel slot.

The gt3 belt still fits in the slot as its the same width as the gt2. You could replace those wheels but you would probably need to move the pulleys around a bit. Thats what i was going to ultimately do.

Im happy to say this thing is RIGID!!! No more “ripples” or “valleys”! 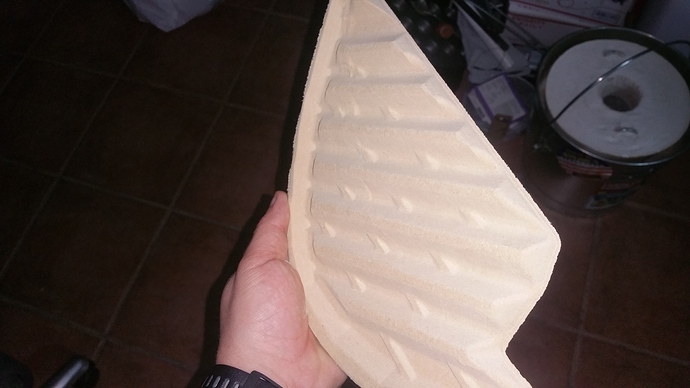 @BenRios I was trying to figure out where I saw the axle mod first - I think this was it! Thanks for the inspiration - I had “Saturday Mod Day” this weekend (40x40, Axles, z-axis, new x axis plates) and HOLY COW it was worth it: 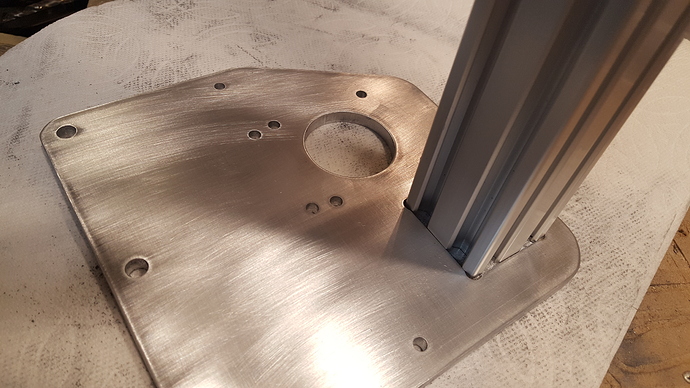 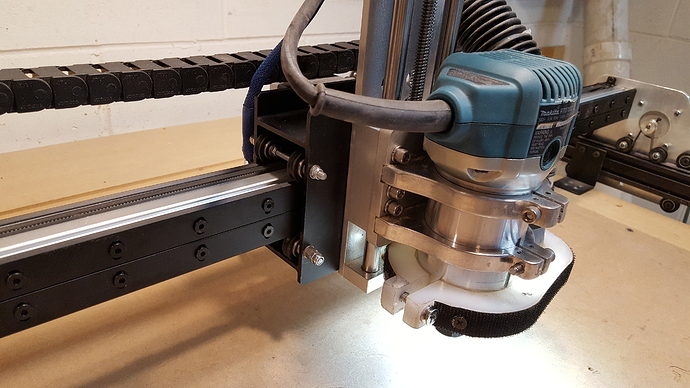