Rough cut went fine. Ran the detail cut with a 60 degree vbit and crap city. I did a cut yesterday and no issues. What could cause the bit to drag like that? 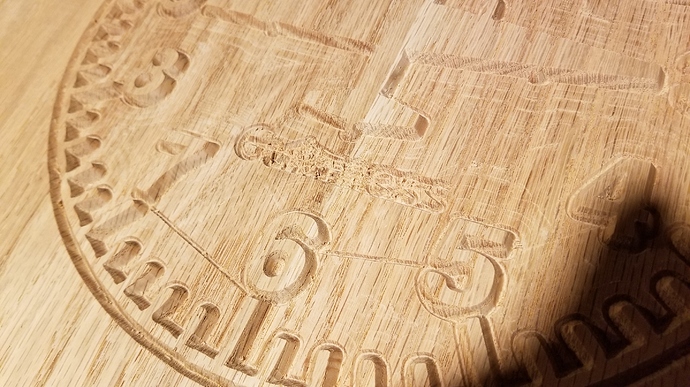 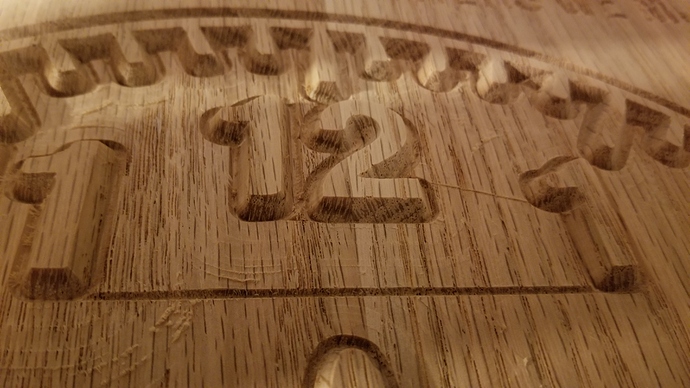 Here is the project. I can’t see anything in here. 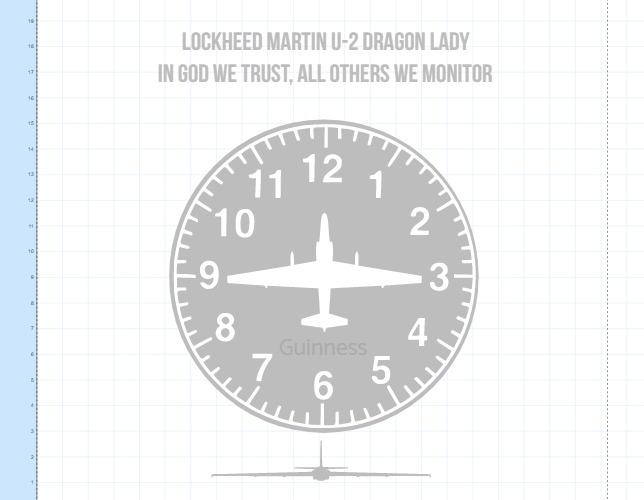 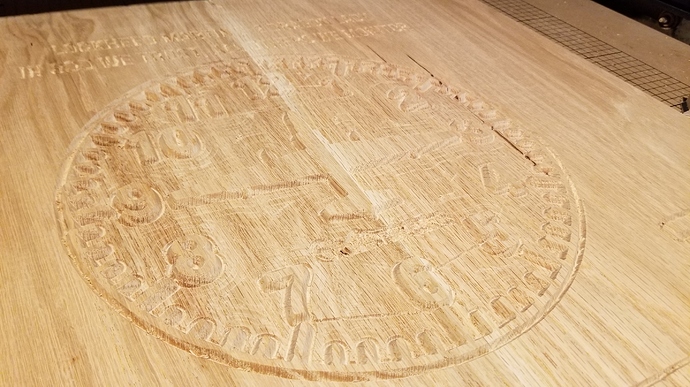 Hey @PaulRinguette,
Your project is not shared publicly.
Can you export the gcode and share it here?
Machine–>Advanced–>Generate Gcode–>Export

If you export the gCode it’s much easier for me to look at. I don’t have Easel Pro.

Thanks @BlueLocktite, I’m aware of that. The Easel toolpath viewer leaves some to be desired. And as crazy as it sounds, I sometimes prefer looking at the actual text commands. For some reason, I don’t want to use my free pro days just to check out a bug.

How does one export gcode from easel?

Not to be Mr. Hindsight, but if you have an unknown issue, use cheap wood to test before plowing throw more expensive wood further.

Looks to me like the Z for the V-Bit was lower than the Z for the roughing bit; either the Z-Zero was off or lost steps by a number of possible means. Just my opinion based on what the images look like. Looks like the final depth that the V-Bit cut to was lower than that of the roughing bit, but the final simulated tool paths for both appear to be on the same plane from what I can tell by looking at them in EASEL.

Can you export the gcode and share it here?

NeilFerreri1 Uploading both but the issue surfaced during the detail cut. Thanks!

I used the Z probe as part of the cut,

I used 1/8 downcut for the rough and the 60 degree vbit for the detail. I used the Z-Probe before each cut.

I used the Z-Probe before each cut.

Your V-carve is a decent amount deeper (not in the code). Where are you probing?

I’ve seen this before, and it looks like there are other threads popping up with the same issue.
Contact support.

What are you using to see what you saw?

Also, I z-probed prior to both cuts.