Another Drag Knife (for the Makita)

I’ve made a couple versions so far that use a standard utility-knife blade, but ran into multiple problems. I came across this on Thingiverse, was inspired to try again with that Cricut “Deep Cut Blade with Housing”.

I picked up the part at Hobby Lobby for $25 and got to measuring. Trying to keep the 3D-print time down, I came up with a minimalist part to mount it to my Makita spindle. Housing shown in blue. 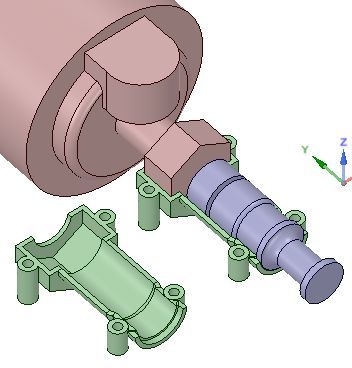 After two prints, I had the fits down and tried cutting some vinyl. Amazingly, it worked really well (after adjusting the depth based on the first test cut)! I made some simple designs in Inkscape and used Estlcam to generate the G-code. 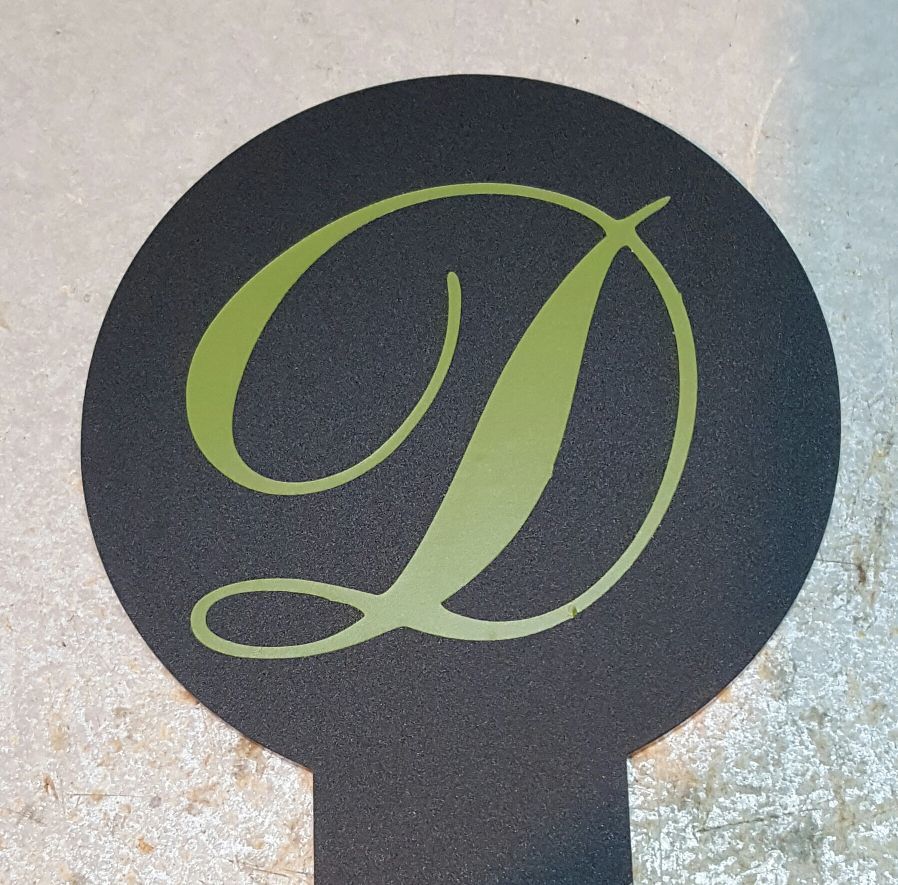 I used some blue painters tape for the transfer, but it was a bit too aggressive, so the process was a bit tricky.

Next on the list is to figure out how to connect my probe for zeroing with a touch-plate (so far I’ve been eye-balling it). The Cricut housing is anodized aluminum, so I’ll need to get down to the metal for the connection.

Nice! I will be interested to see how this works out.
I got really interested in trying a drag knife once I discovered that VCarve has a dragnife toolpath “gadget” (plugin).

Harumph. The blade seems to be electrically isolated from the body, so simple connections for a probe are out. I may see if I can fine one of the Cricut housings for cheap to disassemble/cut open to figure out a plan.

your design looks really good. Would you be willing to share it? I’d love to print this and try it out.

Could you also let me know which is the best of the drag knife designs you’ve tried and what issues you had with them? I’d like to build one for going through thicker cardboard.

I use CamBam and recently discovered this script and plugin conversion - really looking forward to putting all these parts together!

I’ve only tried a couple and this was the best, ignoring the fact that I can’t yet accurately set Z-zero with it. For anything over 1.5mm thick, you need something else.

The bigger issue is the CAM, and if you have found a solution, great!

Thanks for the quick response! I’ll queue it up for printing ASAP

I’m pretty used to eyeballing initial heights; I usually end up making some sort of rough jig (“this bit of card + bits of paper glued together should just fit between the surface and this point on the holder…”) that, although fiddly, seems to end up being reasonably repeatable. But end-switches are on my list of upgrades I want to add.

CamBam is very reasonably priced, and works well using mono on Linux; I can even use it on the old computer I have controlling the shapeoko. The threads I linked too have quite a few example images of cuts people have done using the drag-knife plugin or script. I think it’s a reasonable place to start.

For deeper cuts (e.g. corrugated cardboard) I found this on YouTube: https://youtu.be/YqvgA1P5hWg . If you read the full text description there’s a link to pay the designer $5 to get the design files. I paid last night and got the files this morning. He includes DXF versions, STL, and the stp design file. So later this week I’ll be modifying it for the 8mm skateboard bearings I have + 1/4" chuck the Makita has. I haven’t cut aluminum yet, and don’t have any appropriate aluminium stock on hand so will be 3D printing it. But if my mods work out I think it’ll be the final thing that pushes me to try milling aluminium

That looks close to what I tried…

Any plans for a Drag Knife option? X-Carve

Well, that didn't work. laughing The 300W spindle is too "tight". I redesigned it to include some bearings, and it was better. It seems like this needs special CAM, or knife-specific geometry from the start. [image]

Yes. I think the CAM adjustments are required when the blade point is any significant distance from the centre point of the tool.

Also, it looks like they’ve changed the shape of the Cricut drag knife- I printed your design and it fits the Makita great, but not the Cricut explore deep cut tool I’ve got; it’s quite a bit narrower. It also doesn’t have the end flat/shoe.

Would you be willing to share your original design file? (I use the free version of Fusion360.) I think I can rework the Cricut holding end to this different cutter cartridge.

This holder is not for the Explore.

Fusion can’t work with an STL?

My CAD app can’t export other, useful formats beyond Sketchup.

Pretty sure 360 will import it, and possibly even convert it to a BREP/mathematical model of the design. But my (limited) experience with other tools is that this is hit and miss.

But it’s not a problem; the key thing is your idea!

For now, I use DesignSpark Mechanical. It imports STL and can convert that to a solid. Curves are segmented, but a little hand-work yields actual curves in most cases.