Another HF toolstand based table

I used a $29 Harbor Freight toolstand as a basis for my table build. I had already started building it when I saw @JeffTaylor 's post using the exact same stand. My concept is similar, but I used plywood instead of MDF. Also, I drilled the feet and mounted casters directly on them instead of using a separate dolly.

Next tasks are to install another shelf, an articulating overhead light, and an arm to hold a 10" WinTablet that I plan to use to run it. 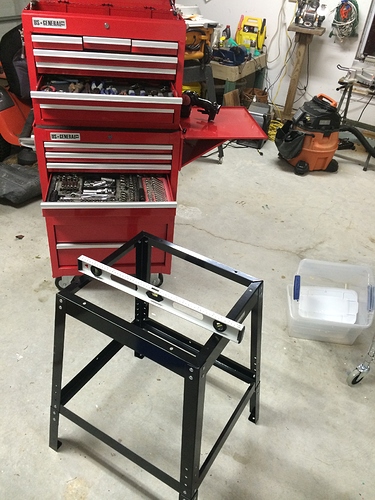 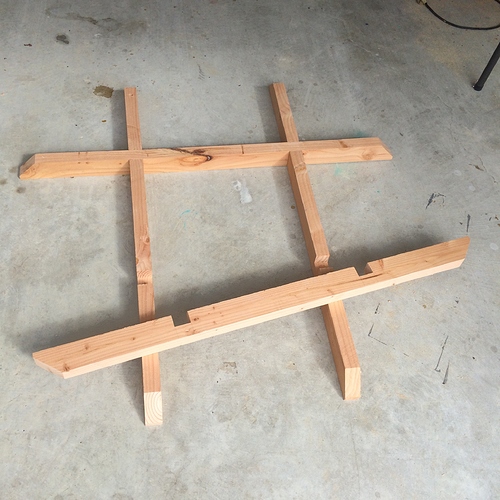 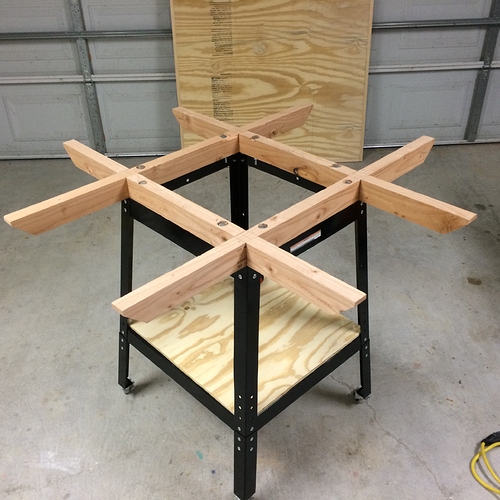 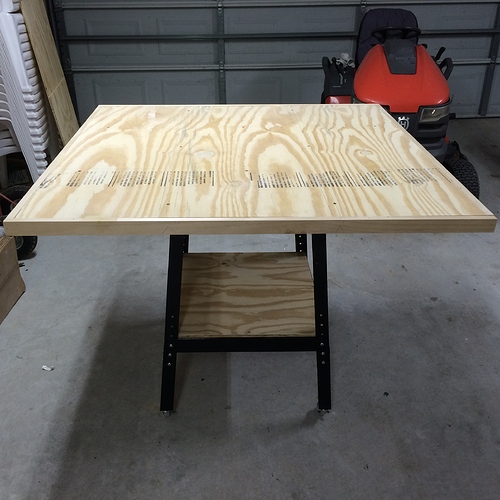 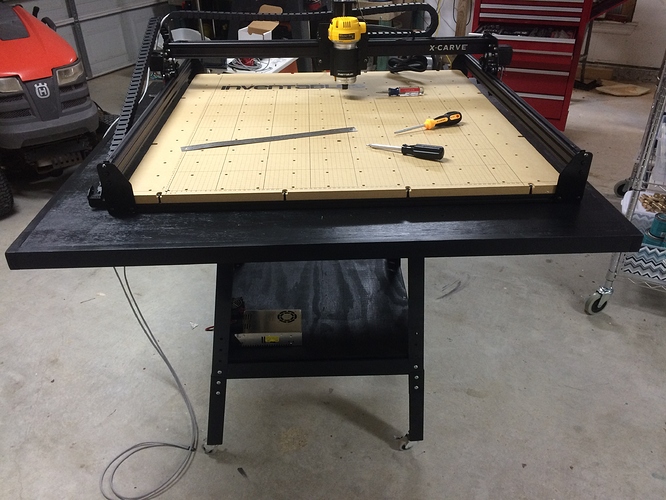 Nice looking table. I dont thing flex in the overhang should be an issue, if needed, some angle iron on the underside would probably remedy it.

It looks like you y xsis drag chain is mounted upside down? Mine lays on the table top. Does yours interfere with y axis motion when travelling all the way forward?

A torsion box top would solve any flex issues.

Very true, i built one myself, but since his table is already made…

the x-carve doesnt really really contribute much by itself in the way of flexing, I sometimes wonder if my table is over built.

Yes, drag chain was upside down in this picture!

No - I used 3/4 plywood, with a 1x2 frame around it - no flex to speak of in the overhanging corners.

Important Update: the horizontal tabs at the bottom of each leg were not designed to be drilled for casters - they are bending somewhat. To make it mobile, I’ll have to either buy one of the HF mobile bases like JeffTaylor did, or build something equivalent with the casters I already bought.

if you have the capability, would it be possible to simply weld the tabs where they are bent over at the bottom of the legs?

I did this on a delta drum sander I have 10 years ago before i put casters on it, works fine.

Yes, a bottom made of plywood would stabilize the legs, give the casters more surface area to distribute the torque and you’d get another shelf out of the deal!

OK - good to go now. I added a plywood base / shelf and it is very stable now. I have it running on a $69 Windows tablet. 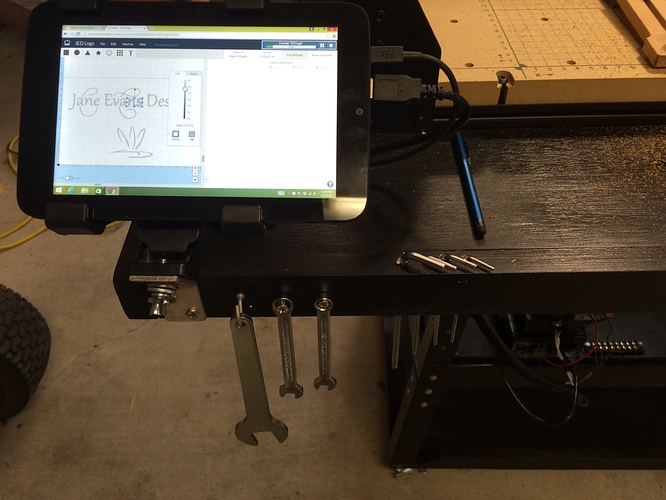 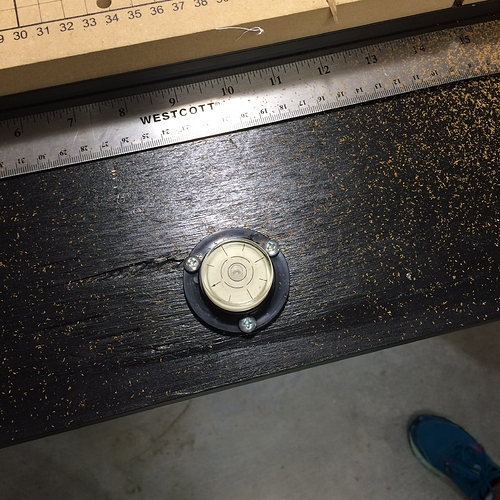 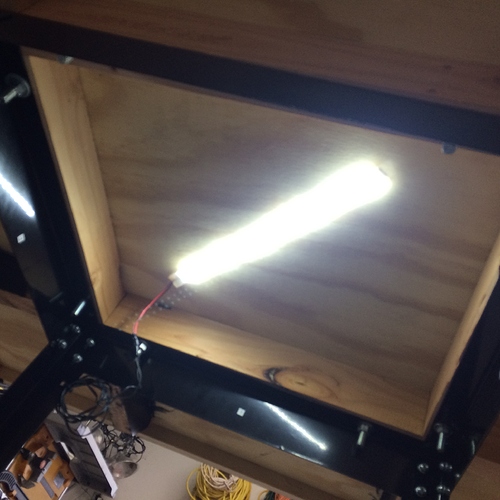 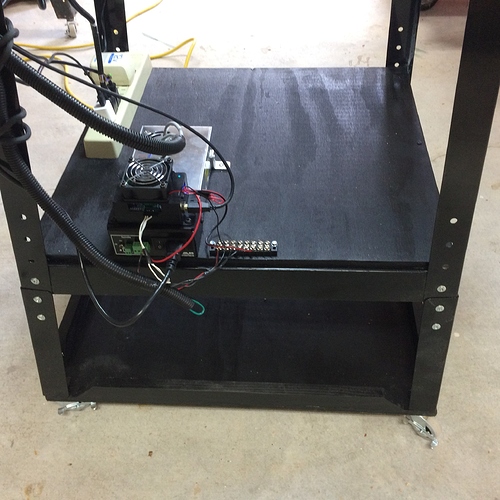 not so much moving around but vibrating sense its not solid mounted ?

I’ve only carved a couple of things, but so far, no significant vibration on the table.