Anyone try one of these 4 in 1 drivers?

Has anyone used or considered using one of these 4 in 1 stepper motor drivers? I’m running arduino and gshield now but would like get two drivers for my y axis steppers on the cheap. I like the driver setup Phil used but like the idea of the consolidated board.

Personally I would move away from a consolidated driver board. With the individual drivers as Phil has done, if one goes bad it is easily replaced.

The dd6600 is the board model number from what I can tell. If I used this, I would plan on slaving two axis together for the y axis like Phil mentioned.

The G540 is not cheap but it is Boss! I landed one for $40.00 in conjunction with a Triquetra Touch Plate order and love it!

I can’t believe you got one that cheap!!!

Unfortunately I misspoke. It was the Smoothe Stepper that I got for $40.00. I think the regular price is about $180. I did find a deal on the G540 on ebay for $240 though. It was the latest version and brand new.

What could be better than that for the $$ 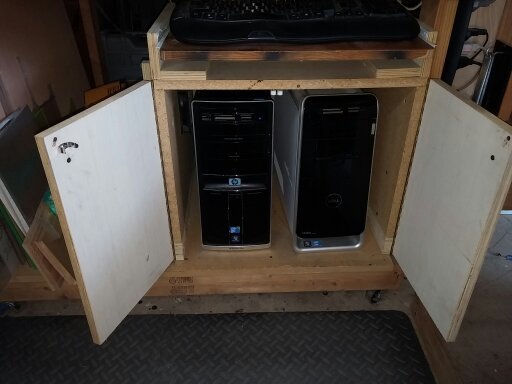 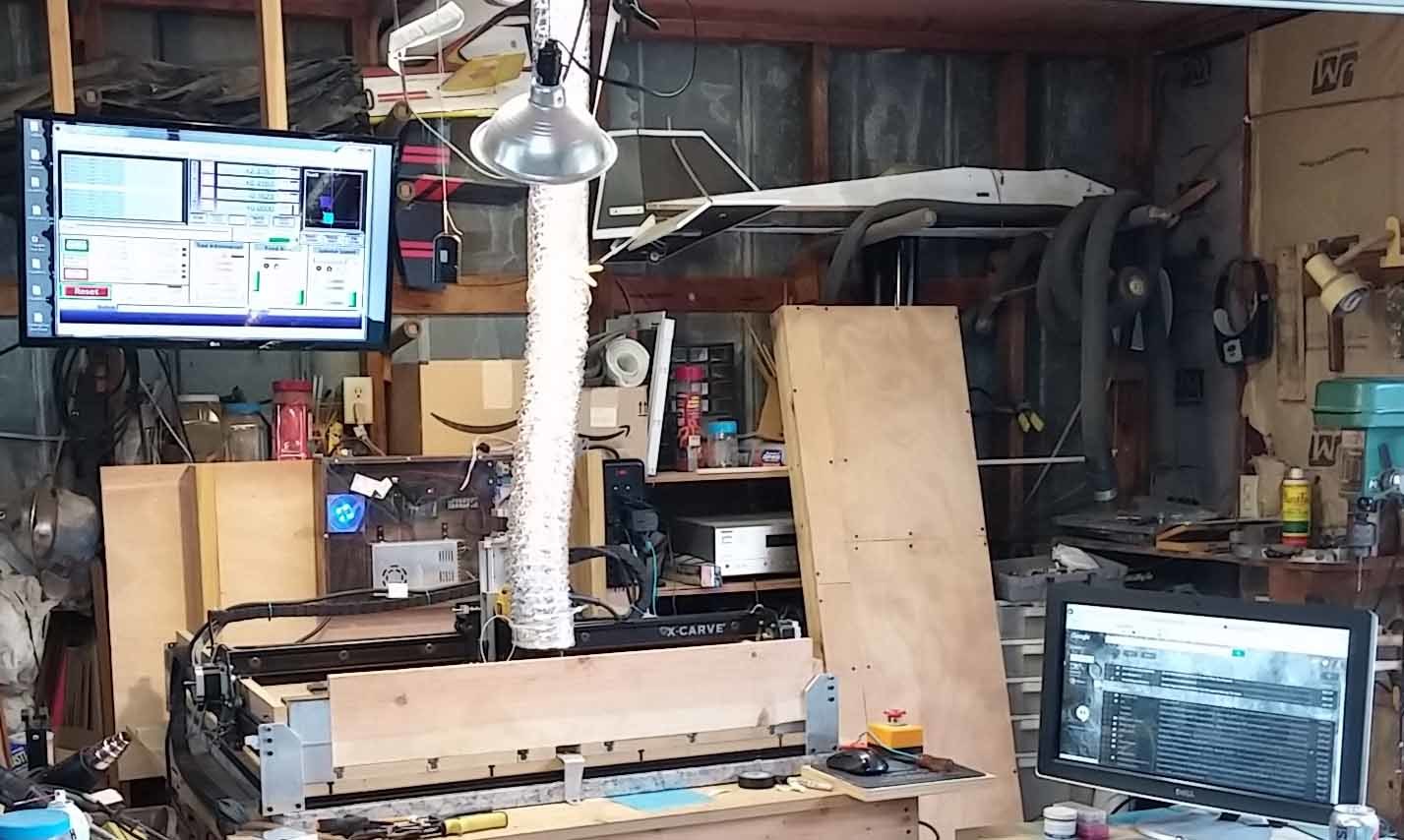 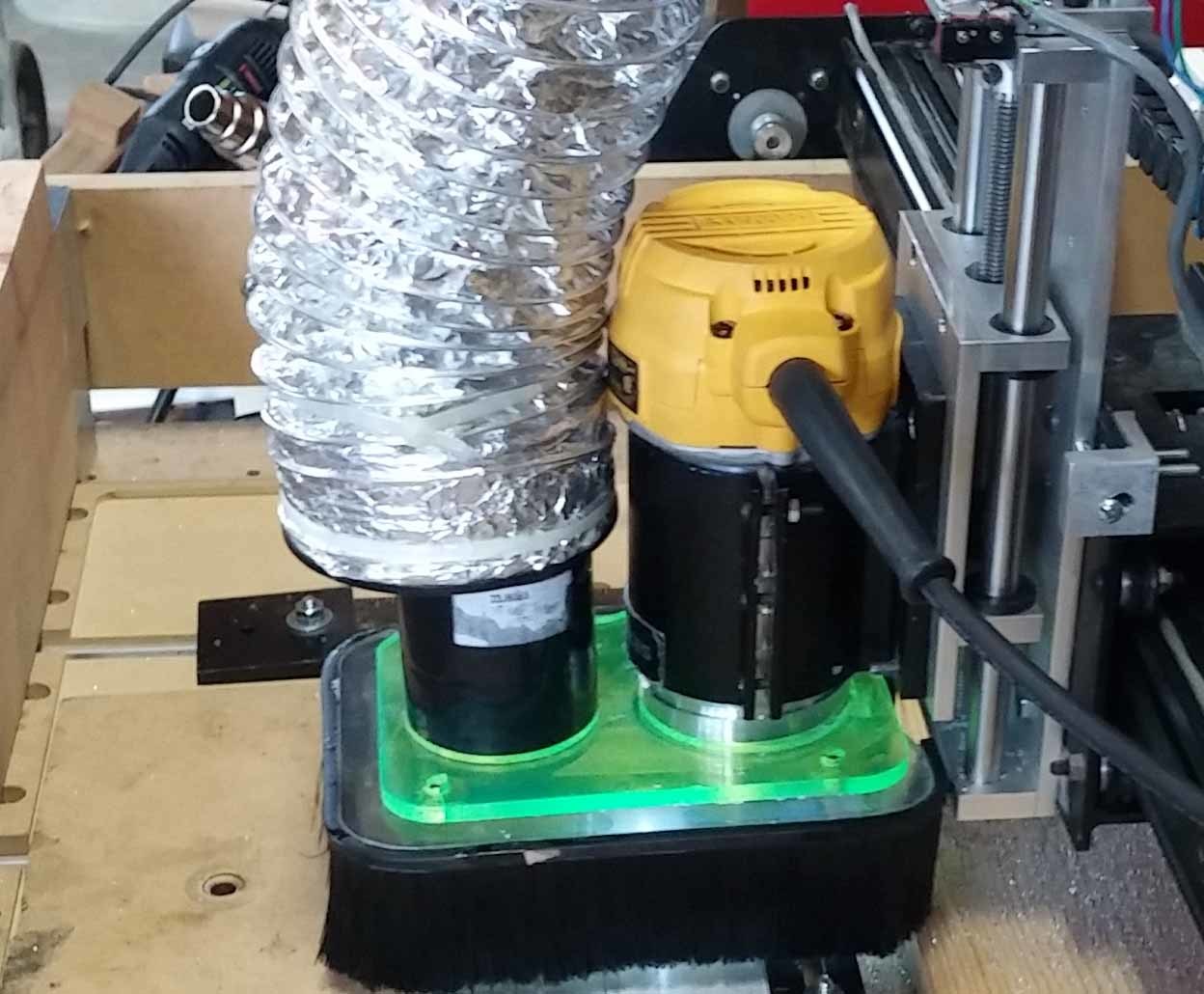 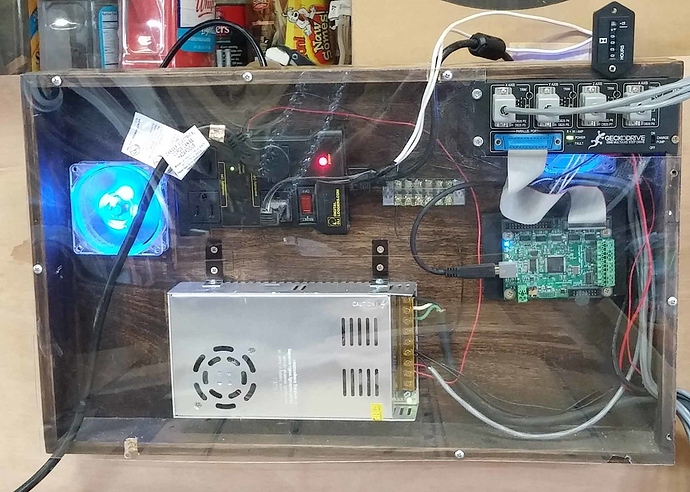 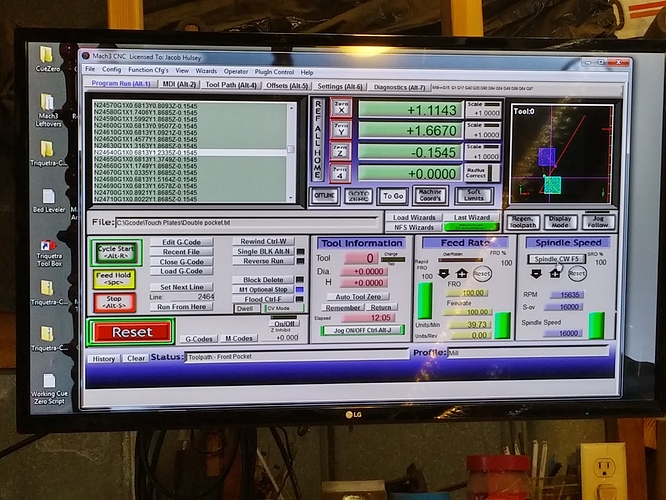 I thought those are not designed to do high volume suction?

I didn’t want to use a standard 4 inch dust collector hose because of the weight of the hose and it’s affect on the flex that everyone is already fighting with the Z axis. So I took a gamble and used a standard aluminum flexible dryer vent hose which I just happened to have available. When vacuum is applied it actually tries to retract the hose which effectively removes all the weight of the hose from the z axis but does not lift so much that it tires to lift the z axis. Essentially it is weightless when the vacuum is turned on.

The only problem is static buildup from the airflow. If it is allowed to touch the Z axis motor then static buildup can cause problems. So I took a piece of elastic strap and wrapped it around the mid point of the vent hose and connected the other end to hold it away from the stepper motor. A long enough piece of elastic gives plenty of stretch to allow movement of the X and Y axis throughout the entire range of travel without issues.

The 4 inch dryer vent hose is much cheaper than a standard dust collector hose and has been in use for several months now without any problems. It also fits a standard 4 inch PVC pipe which goes through the wall to my outside dust collector. Very quiet in the shop now except for the router.

I switched to a tinyG and have really liked it. But some event occurred (static discharge? Bit of aluminum shaving?) that damaged the board so I lost some functions. The Z axis stepper driver no longer accepts micro step settings (it can do 4xs which works for the Z) and the z probe pin stopped working (this I really miss).
And being an all in one board I can’t swap out the bad chip(s)

I am currently running it “as is” but plan to replace the controller eventually.

I didn’t want to go back to the stock controller because I really like having 4 driver chips, so each Y motor is on its own driver.

I did pick up a new G-Shield that has 4 chips instead of 3. And each of those is on a replaceable board. So if one goes out I can replace it. (I think total it was around $15 on Amazon) I have not used it yet. I got it as an emergency back up in case my TinyG died.

Nice setup @CharleyThomas! Sounds like you stole the smooth stepper, and $240 is a killer price on the G540.I am confused though, I assumed (yeah, I know…) the Smooth Stepper was in and of itself a stepper driver. How does that come into play with the G540? I haven’t looked at home-brew CNC stuff since about 2010, so much of this stuff is altogether new to me. In that era, Mach (or Linux CNC) and Gecko were almost the order of the day. Well before gerbils and raspberries and the such.

My apologies for the late reply here. I just saw this post from you. The G540 is the actual driver. The Smooth Stepper is a interface that allows you to use either a Ethernet port or USB port (two different versions of the board) to send data to the G540 on computers that don’t have a old school printer port. It doesn’t work with Windows 10 but works fine with Windows 7.

wanted to share a quick status update on this. I ended up buying one of these 4 in 1 tb6600 drivers. I am quite happy with it so far. There are a few downsides I have found, but nothing that should be a deal breaker. First, documentation is pretty horrible. no detail on dip switch settings for microstepping so ended up finding some general instructions that helped figure our the proper settings to match my calibration. Second, I haven’t done it yet but once I decide to run the 4th driver and split my Y axis control, there is no method to clone the y axis to the A axis. I’m planning to just use jumper wires to port the input signal to both drivers. I also haven’t found a way to test a reference voltage to calculate the driver current per axis.

Annoying nuances aside, I really like the all in one package for wiring and install convenience. It’s not cheaper than individual drivers by any means but it is another option for those looking to build their own controller.

The G540 is an all in one unit. However you can replace the single driver boards inside the unit.

check out the leadshine mx3660 from inventables for only 174.00 its 3 axis just got one and i’m very happy with it. Gonna buy another just in case, i have 4 diy cncs. i do have a g540 on one the leadshine is right there with it and a lot cheaper.

Yes, if you check out their YouTube channel they have a video showing the process. It explains how to test and replace the driver boards inside the unit.

Apparently this is a leadshine and gecko thread now. If anyone would like any info on the 4 in 1 driver from the original post, feel free to message me.