Anyone up for helping a newbie create something?

I doodled a design on a notepad at work the other day, and really have no idea or experience on how to get it from a doodle to a symmetrical file easel can send to the xcarve. Any pointers or someone willing to help me out?! The slots between the squares are going to be for contrasting wood I’m going to inlay. They can be cut all the way through

What software are you familiar with? Besides trying to draw it up in Easel, you could us Inkscape or Draftsight (which are both free) and export as an SVG to import into Easel.

That’s strange. The image was there when I replied earlier. It was a gear type shape. 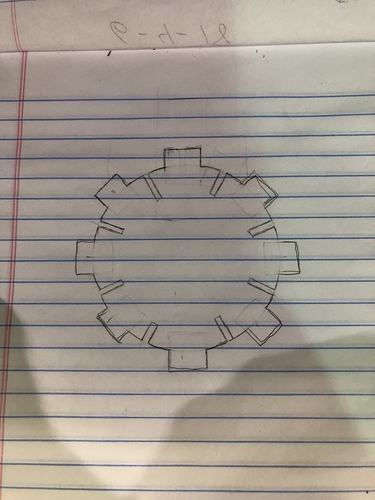 Only thing I’ve used up to this point is easel. Most things I’ve carved or cut were pretty straight forward text or shapes so I’ve not had to bring a sketch over to cut.

sending a PM
Kinda reminds me of a toy I had as a kid called deelyboppers or something like that. simple disks with slots that allowed one to slip them together and create simple designs.

that actually shouldn’t be too hard in easel.

a few tricks you need to know are

Super simple in easel. I think it might have take 3 minutes. Here you go. 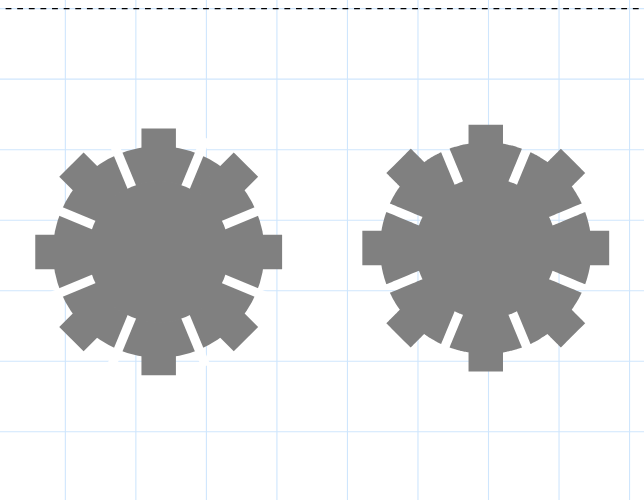 This will be easy in easel. Here is a link to get you started


It’s a series of squares added to a circle

Use the grid and degrees for accuracy in placement

I have several videos in this series that will help

ooo I like how you managed to get it as all one shape… for the insets did you start with an outside shape combine and then invert it? I’ve been layering because combine does play nice with the line tool.

ETA:
NVM, dunno why it wasn’t working for me before, but after watching Phil’s video I see that “combine” does work on negative space (zero depth) parts… so thanks @PhillipLunsford . I guess maybe I wasn’t using filled shapes when trying it before

You can use fusion 360 to draw your piece from your drawing with importing it as a canvas and mirror the other side. Also ways of using Inkscape and if you have used illustrator that you can draw it in and save a svg. I’ll be making some videos on my YouTube channel explaining how I make some designs in illustrator/fusion where it might be a new thing to others that are getting into it right now.

I just created circles and rectangles. The one on the left is all the separate parts so you can see what it is change it up a bit, and the one on the right is combined.