Arduino does not work on 3 different computers!

As stated Arduino does not work on 3 different computers! I have windows 7 I have unplugged the gShield and just am trying the Aurduino

Arduino driver does not show up in the com ports so no way to do the inf setup. See picture

One note, when I had the gShield and Arduino plugged together and plugged in the USB I heard a loud pop in the PCB (not sure which one). My wires were not crossed or touching anywhere.

I did look through the forums but could not isolate my particular occurrence. 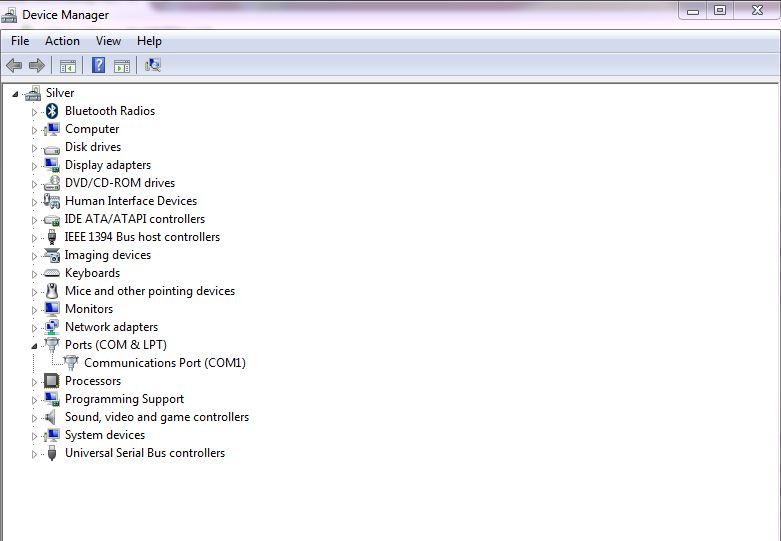 You heard a… loud pop? Was it working before the pop?

No there is no sign of burning or smoke

Have you ever played with an Arduino before? On its own? I’d look into trying to reinstall the drivers manually.

No I have not, I have reinstalled the drivers, and this in on all 3 computers

Have you tried the Arduino without the shield?

Which version of Easel Local do you have installed?

Yes I have tried it on all 3 computers none of them recognize it, none of them show arduino drivers in the com ports either

Does it matter whether you use 3.0 USB ports?

I’m quite sure that’s fine.

USB 3.0 should work. Does the Arduino power indicator LED light up? How about the other LEDs?

I have been only using the Arduino with out the gShield in order to troubleshoot.