Are there better quality belts available?

I am wondering if there are better quality belts available for the X-carve?

Every one of the three belts on my X-carve has snapped since I have owned it. I use a fishing line gauge to set the tension of the belts to a little less than 3 lbs. My machine is not yet two years old and it does not get heavy use. But the belts just seem to randomly pull apart like they are dry, brittle, and many years old.

So is there an exact-replacement belt available made of a material that won’t have this problem? 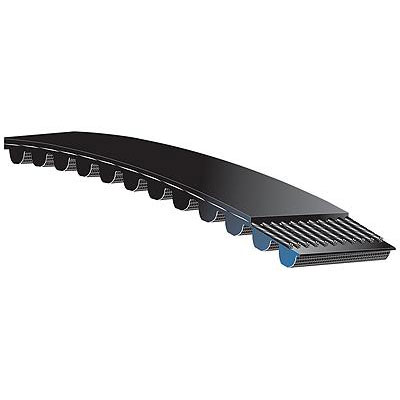 Its a 1164mm loop that you’d have to cut but it’s the same width and pitch.

You’ve used this on your X-carve?

No but it’s the same specs as the Xcarve so it should be a drop in replacement.

I use Kevlar reinforced belts on all of my CNC routers. I never had one break.

“Dry rot” is exactly the term I was looking for to describe what happened to my belts. But the belts that snapped were, in turn, each of the belts that came with my X-carve when I bought it in November 2015. None of the belts that I have replaced with new belt material from Inventables have snapped yet. But I am concerned that these won’t last any longer than the originals and I’ll have to keep replacing them. So I AM inclined to try some of the belts from other sources as suggested by those who responded to my qriginal post.

If you follow the links to McMaster Carr in the other thread, they are 5/16" XL series pulleys & Kevlar belts. I use 1/4" MXL Kevlar belts on my Shapeoko 2, 3040 and XL on my Servo CNC router.

Is Has anyone tried using a belt dressing spray on their belts? Or a silicone or PTFE lubricant?

I was about to mention that.

Here’s a photo of the broken belt so you can see exactly how it is breaking. 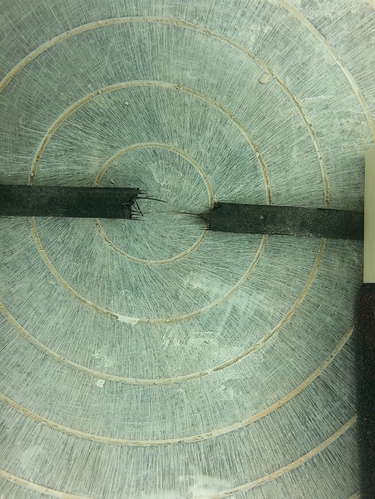 Somebody else just had a similar break but on a newer machine.

Are your pulleys aligned with the idlers?

Yes. Pulleys are aligned as best I can align them. I have gone to great lengths over the past several months to make sure that every part of the machine is tuned as precisely as possible. I’ve also bought and installed every available upgrade for the machine. And most of the time the machine works great.

Are you hitting end stops or clamps??? Belts likely can’t take much of that.

Nope. I’ve never once hit an end stop or clamp; at least, not since I got the right clamps.

I like your belt upgrades. Do you happen to have part numbers for what you used. Also what did you use to keep the belts tight?

I bought the belt clip upgrade from PhilJohnson (thanks!), but am interested in the Kevlar belts you mentioned picengravertoo. Do you have a link to some that you recommend? I’ve looked at the ones Phil recommends on Royal Supply, but if there are better one that will protect against breakage I would like to get in on that.

i need partS info for this! LINKS PLEASE!

This kit has everything you need to upgrade X and Y axes to 3GT3 9mm belting.

The genuine Gates belts sold by SPD/SI and BB/Man (I’d be glad to know of other sources) seem quite good and very reliable.

Does anyone know the bore size for the “Smooth Idlers”?

5mm inside diameter (16 OD) for the bearing in the idler wheel. 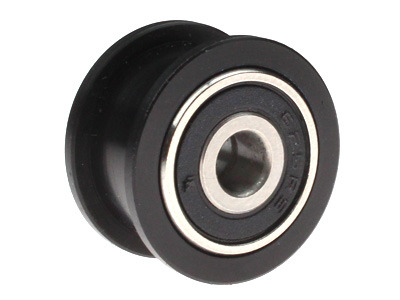 Adds an adjustable idler wheel to a linear motion system