Trying to get a handle on Aspire. Needing to carve some 1 1/4" disc with a rounded edge. Even though the top surface is at 0" height the tool path is generated cutting at zero in the center of the disc working outward. The bit has to move around and finally get past more than 3/4 the way towards the edge before it begins to cut.

Am I missing a setting that stops it from doing this and starts the cut near the edge were it is actually needed. Looked all over but don’t seem to be finding anything. 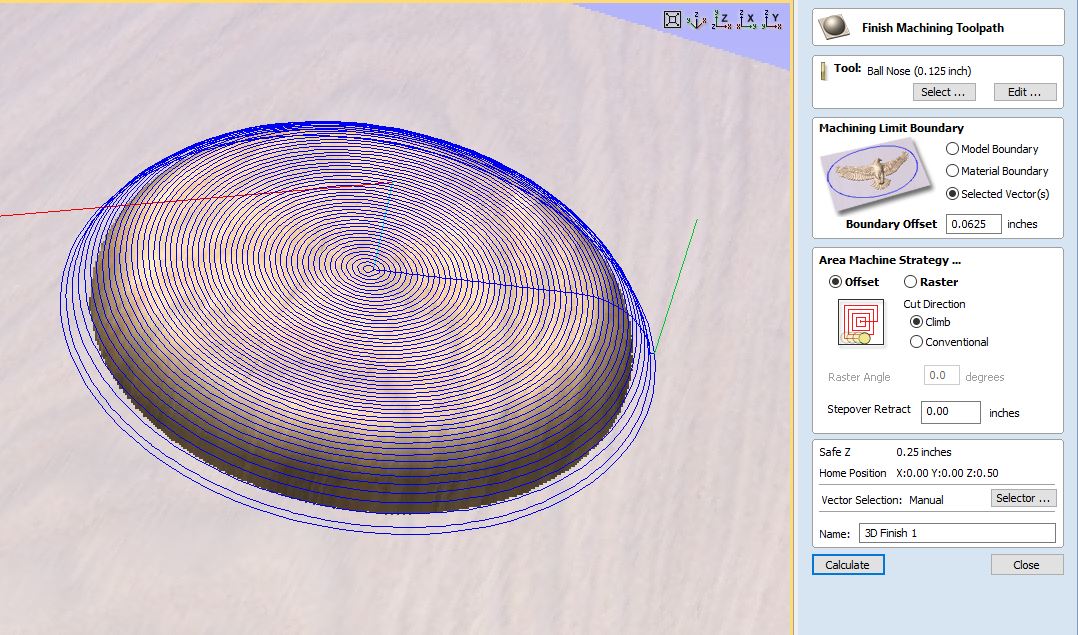 Create an offset vector inwards from the edge and a vector on the outside edge then constrain the toolpath to the two vectors.

because that’s what you’ve told it to cut

Yea, I realized that is what I told it but it should have done what I “wanted”. At least that’s my wife’s fallback logic when giving ME directions!

Really, thanks for the explanation. Would have taken me hours more to figure that out. Using the “Create vector boundary from selected components” is another one of the MANY tools I had yet to sort through.