I’ve seen some posts on here as well as watched some youtube videos of people making 3 Axis zero tools.

That part seems pretty straight forward, but what I was wondering is if there is a way to make these work with Xcontroller, or do you have to use a Mach3 or Estl setup?

I’d really like to be able to auto zero all three axis using the X-Controller.

oh yes its all in the gcode and sender

I would like the dimensions for the block as well as g code!! Lol

My understanding was that those senders / software controllers required a serial port computer. Can they operate via usb > X-Controller?

it all depends on the type of hardware you have

I was referring to the softwares (such as UGS or MACH3) capability of using USB (instead of serial) as a COM port to the X-Controller.

UGS works over USB to GRBL/XController.

Mach3 and GRBL are not compatible to my knowledge.

When you say auto 3 axis, you’re talking about pre-carve and adding a 3 axis zero block and probing, right? If so, search the forum for the Triquetra block. Charley makes a good product.

Yes, I’ve been unhappy with having to use the paper method to zero my bits to the workpiece. I’m looking to do something similar to charlie, where the machine runs a quick bit of G-code to probe and locate XYZ in one command.

I’ve got some 1" aluminum stock that i’ll use to make my own block, but I was having trouble figuring out the software end of things. I just couldn’t find anything online that definitively said that UGS or any other software (other than easel) could send code (via usb) through the X-Controller.

Sorry for my ignorance

You need software that supports GRBL. There’s a few different options: UGS, bCNC, Chilipeppr, and some more that I can’t recall.

Just in case it needs clarification, you can use a touch plate with the x-controller and it will do a three axis auto zero. What you are missing is that you will need to generate a g-code file with the specifications of your (probe / block / zero plate or whatever you like to call it). with this you send the command and the machine will probe and auto zero all three axis. it works great and what you need to do is read all you can especially what Charlie has released for his Triquetra block, I have one and it is the best investment I made. I could have made one myself but for all the work that Charlie did giving us the spreadsheet that generates the g-code it was worth it just to support that. with this g-code you send to the machine it automates the process and sets zero for you. So just get Charlie spreadsheet and follow the directions. and If you like the spreadsheet consider supporting his effort and contribute or at least let him know.

It sounds like you guys have this figured out but just to be sure, I thought I would add my 2 cents.

Auto Zeroing X, Y, and Z axis is not only possible but can save your bacon should something go wrong during a carve if you catch it in time. You can recover from a power failure or even from hitting you emergency stop button. You can re-zero and resume your project and it will look as if nothing ever went wrong unless your bit actually cut something it shouldn’t have. (You can’t put wood back on).

As for compatibility, it is compatible with a variety of other g-code sending software such as UGS and PicSender. There are others that work as well.

Easel compatibility is not yet there. If you are an Easel user there is a work around so that you can still benefit for 3 axis zeroing. Simply use something like UGS or PicSender to zero your bit and then jog you machine to work position zero for all three axis and exit the program. Now with you bit sitting on 0, 0, 0, start Easel and skip or confirm your zero position and do not home your machine. Then use Easel as normal.

There are over 340 Triquetra Touch Plates out there in use now. I have only refunded one to a customer that repurchased it 2 months later. He had wiring problems that he eventually got sorted out.

Just to confirm, this DOES work with the new X-Controller and grbl .9j through 1c as well as Mach3 machines. All that is required is a probe input pin (A5 on the Arduino) and a configurable input pin on Mach3. The coding is completely different for Mach3 but both are absolutely capable of Auto Zeroing all 3 axis at one time.

Can I use the same port as the one I use with the inventables touch plate or would I have to move wiring around ?

Yes. You wouldn’t need the touch plate from Inventables anymore but the Z probe port on the X carriage is usable, you just need to buy a plug for it. The socket is a 2.1mm x 5.5mm.

I bought similar to this one: 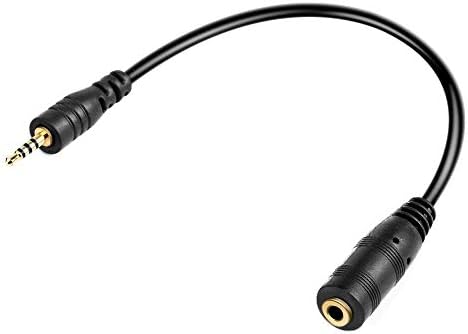 You screw the wire Charley sends into that plug and then plug the whole thing into the port. It doesn’t quite have the snap when inserted like the Inventables one does but it works perfectly.

You could as I did that initially BUT the Inventables wires are just barely long enough to support the three axis movement. My block was being moved by the wires. It’s better to use a longer wire.

Get the magnet end from Charley and it’s easier than the clamp for the router.

I can re solder the clamp and plug onto some more wire I gotta bunch of that silicon wire lying around from some quad copters I built. just so long as the plugs all work.

I brought one of the Triquetra plates for zeroing and love it! Been super helpful when I’ve been changing multiple bits for vcarving and 3D carves.