Latest build I helped a buddy out on. Overall size of the wood is roughly 48" wide by 24" high. Skull was cut out of a 1/4" sheet of clear acrylic. Then painted and filled with resin to create a flush surface. Wood was then framed together and hit with a torch to create the reclaimed look, followed by assembly and running a LED slight stip along the backside for lighting. 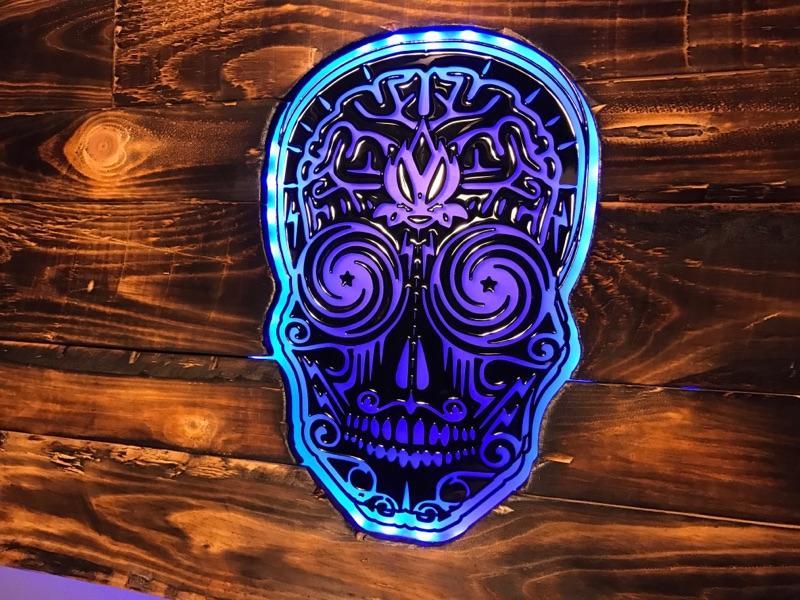 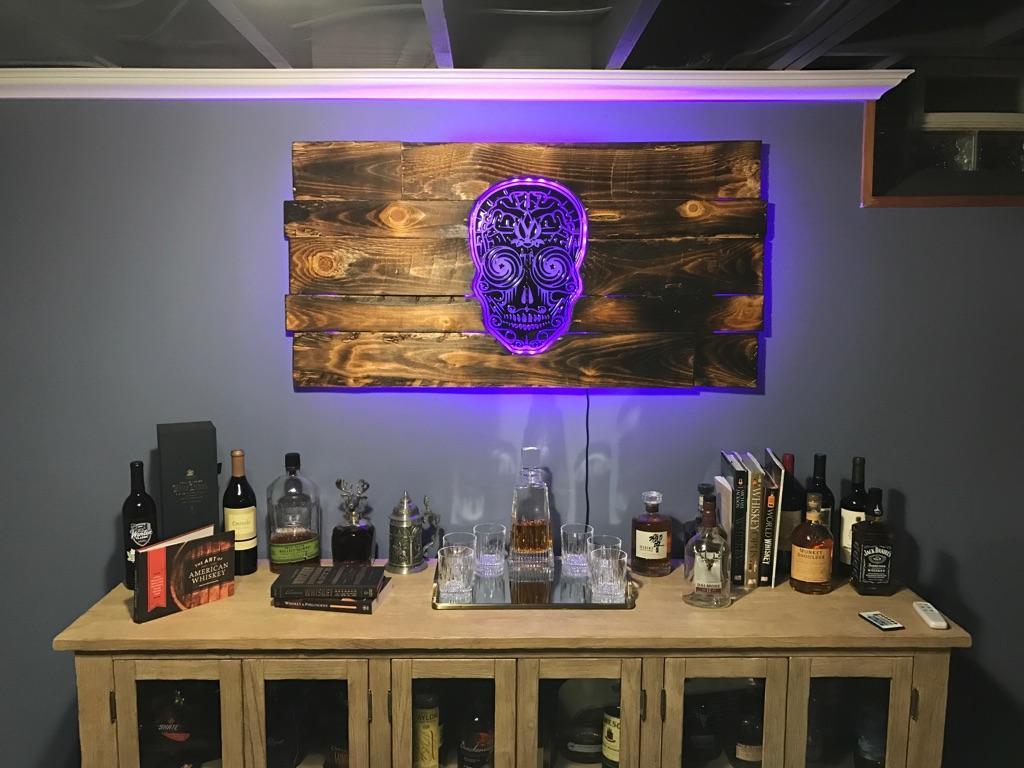 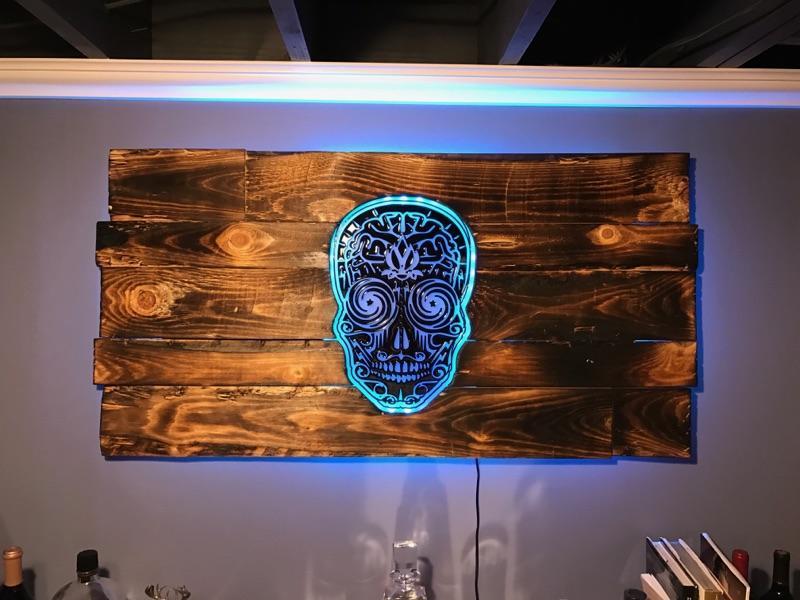 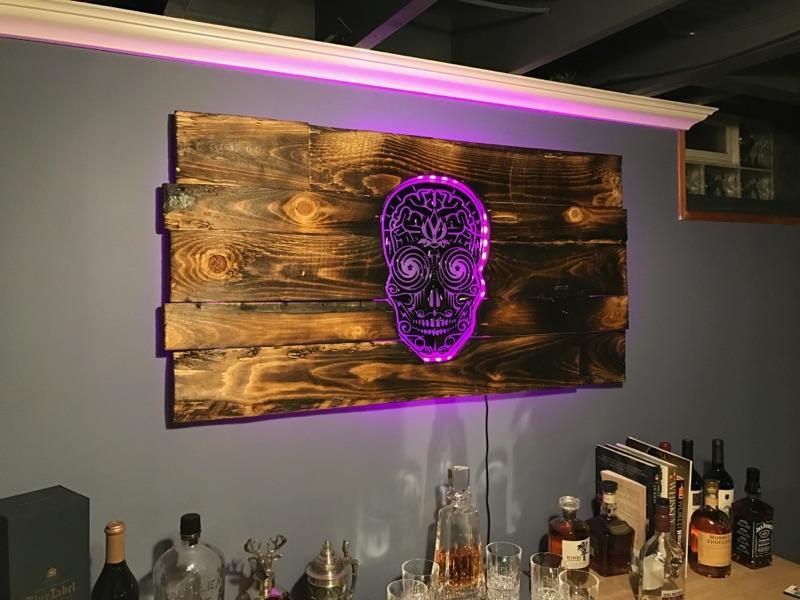 That is awesome! Not quite sure what part was cut out and filled with resin and painted. Do you have any other pictures to share that show the process?

The skull was cut on the xcarve, and also used it to do the cut out in the wood as we wanted the cutout to offset the outer line of the skull. H3re is a shot of the acrylic just after the cut. 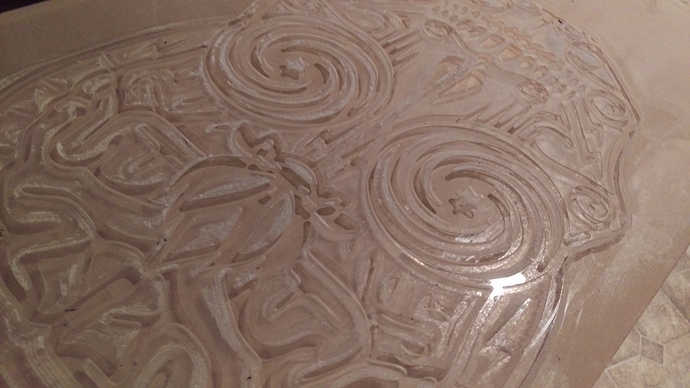 What was the doc on this, just wondering because it’s acrylic? What was your feedrate too? Looks amazing though!!

it was all done in easel. Just found an image online and used image trace and the different offset patterns. I just used the presets on easel as well. I need to adjust and play with settings, i have had some trouble with the acrylic melting on the bit and also getting off coarse… this was the second attempt.

That would be great in my grandson’s room. His theme is sugar skulls and they look a lot like this. Thanks for sharing.