Base for a Marble Sphere

So this job ended up as a bit of a head scratcher, as it forced me into finally using fusion 360.

I could not think of any way to work out the angle of the cup I would need to hold the sphere at the requested depth. Even after a good googling I could not find a way to work it out…

That’s where fusion 360 came in. I’ve had it installed for months, but have done literally nothing with it, so although my project was pretty simple it wasn’t the easiest task.

Obviously it would have been easier to make a round pocket at the correct diameter so the sphere sat at the required height/depth, but the customer requested a fairly snug cup that the sphere could sit in. 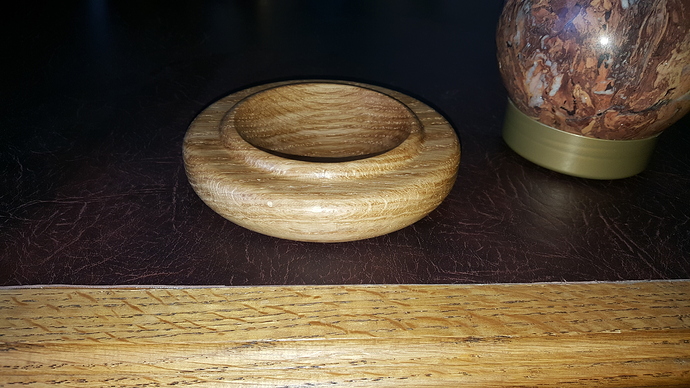 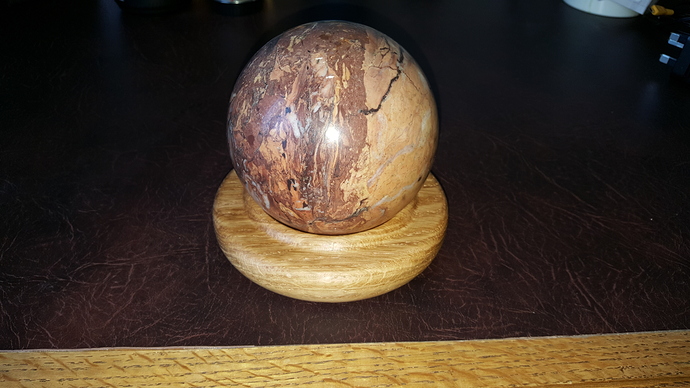 I think I worded my post badly really. They basically requested a cup as opposed to a ring for the sphere to sit in if that makes sense.

Personally I can’t see the difference as the sphere hides what is underneath, but if I can find a way to do what the customer wants I will. Also, I like the look of the cup when the sphere is off, but nobody will see it unless you remove the sphere.