I have been struggling for a while about getting my system as perfect as possible.
I ran across something interesting and had not seen any other posts on this aspect.
If you look at the following image below and you will see that the teeth are obviously off. This was done on purpose for what I am about to talk about. Just imagine its the belts are the ones for the Y Axis and if you ran a large t-square between each belts you will see that they are off by about a tooth. My system was like this and I asked myself if this is ok or should I make them equal. 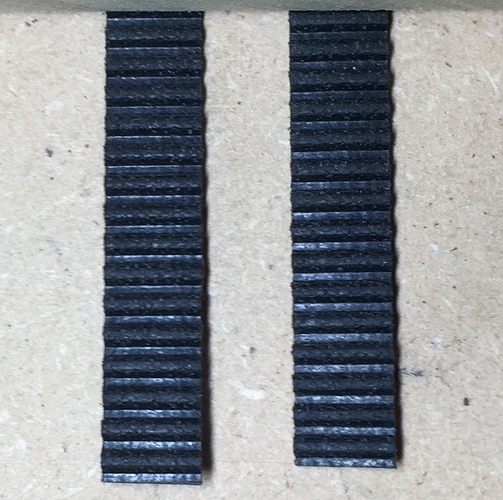 After some thought I adjusted the belts using fishing line and 2 weights and measuring each one from the end plate using calipers to get the distance the same.
I found that this increased the accuracy and the strange Y errors for smaller objects went away.

I am by far no expert but I think this minor adjustment will ensure the synchronized motor movements will keep the gantry equal. Some may have put the belts already on equal by chance and will not have any issues. However checking and adjusting could help others with smaller items.

Here is an engrave I did that went very good after I did the adjustment. There is a bit of engraving on the back side that failed. This is a piece of scrap plastic for testing so its not something I am giving to anyone. 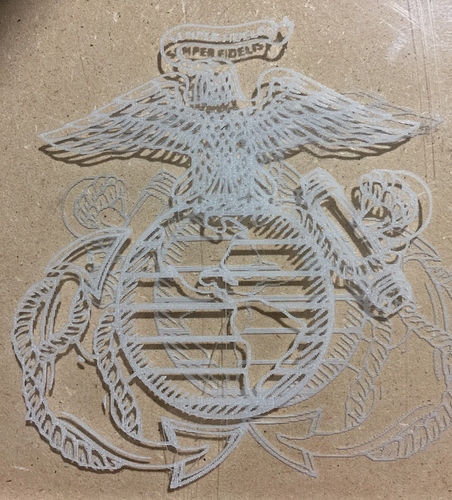 The issues I had were after the engrave part it would do another pass with an outline. The outline was always off a bit. This last time I ran the same job its much better and barely noticeable now.

Hope this can be useful for others.

The Gecko drive syncs up the stepper motors so they are in sinc. So if your motor pully is not aligned with this it still could be out?
I do not quite understand what you mean Phil.
Can you elaborate a bit more for me. I am not an engineer.

The motors will be in sync in that they take the same number of steps. They do not necessarily start at the same angle. With 1.8 degree steppers there are 10 steps per tooth on a 20 tooth pulley, so worst case you’d be off half of 1/10th of your tooth pitch.

Think if you lifted one wheel on your car, turned it a few degrees, and put it back down. Your car will still go straight, and the back wheels will still be in sync as far as rotation goes, even if they don’t share the same angle.

Thanks for the input.
I wasn’t sure however things are working quite well despite what I did was not of any use. 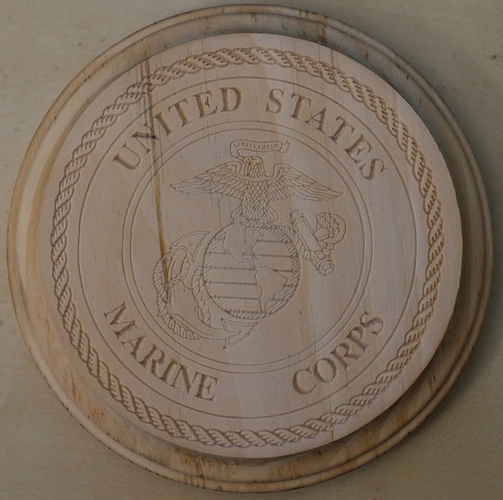 I think my question / concern would be belt stretch. I understand the difference between the two belts in the amount of stretch over 1m would be rather insignificant, but It would still be a factor, right?

I meant the signal to the motor is in sync. Sorry about not clarifying that.

Only to the output port of the Gecko unless they have a wire prop delay feature that measures the prop delay along the stepper cables and adjusts for it at the step generation level. But that would be a feature in MACH3/4 and not the Gecko itself since the Gecko doesn’t actually generate the steps.

If one cable is longer than the other, you have increased delay in the signals getting there so they won’t be perfectly in sync.

Let’s assume Y1 is a 1.2m cable so that it spans the entire axis and Y2 cable is fed through the X axis so that makes it approx. 2.2m. You can assume the wave prop speed is the same if the wire is the same. The formula is distance/prop speed. since Y2 is 1.83 times longer, there is a 1.83x longer prop delay. Now finding out prop delay can be difficult but a quick Google shows 2ns/ft might be realistic. So Y1 has a prop delay of 7.86 nS while Y2 has a 14.42 nS delay. Slightly out of sync but not enough to cause issues at the frequencies we’re running.

The Gecko is no different than the Xcontroller or the Gshield. The Gshield is a common output while the Xcontroller has the same output from the ATmega328p split between two drivers. And actually, the Gecko might be more susceptible to out of sync conditions due to the signals traveling from the PC to the driver over a DB25 cable and the steps are generated by the PC which could be more susceptible to issues due to lack of processing power. More steps in the chain that could be weak links. In all practicality, it’s not the case but it’s possible.