There is a makerspace nearby, it apparently has a Carvey, and I am psyched about using it to make some PCBs. The only problem is … I have no idea how. I found this article, and I think I’ve got the Fritzing side of things under control. Is it then just a matter of exporting SVG from Fritzing and importing it to Easel? Or do I have to, as they do in step # 8 in the tutorial, use Inkscape (I’m not quite sure what the purpose of that step is).

Any advice on how to make PCBs with a Garvey would be appreciated, and if someone can point me to a Garvey-specific tutorial, that would be awesome!

There are many ways, I happen to like designing them in Eagle and if pcb design is something your interested in I suggest this software as it is an industry standard and there are tons of tuturials on Youtube (its also free for hobbiest). In anycase after designing it I usually just drag the .brd file into chilipepper and it does the rest on my X-carve, I imagine it’s the same for carvey.

Eagle and KiCad are the standards (i prefer KiCad)…

Having gone through the process of learning to make PCB’s on my X-Carve i can give you my 0.02c of advice… Don’t.

After you’ve spent the money on copper clad boards, engraving bits and taken all the safety precautions (copper & fiberglass dust) and banged your head on the CNC for hours on end… Its cheaper and more satisfying to use a service like OSHPark.

Through holes, via’s and 2 layer boards are a PITA on a CNC. 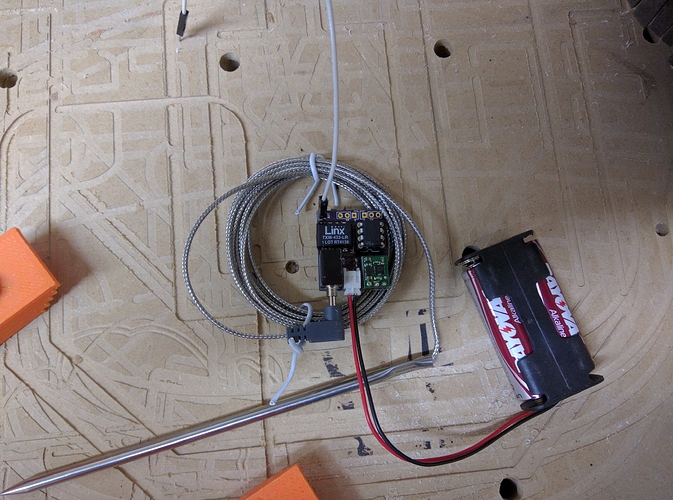 Chilipeppr is alright at processing board files. But, keep in mind that (as of the last time I used the Eagle board processor in Chilippepr) it can’t hand curved traces- it approximates them to chamfers. That was a massive amount of rework for me. Keep that in mind, y’all.