Better experience with Lasers and Fusion 360

Just thought I’d pass this on to you… and anyone interested. I got my laser from JTech, and wanted to do some work with graphics, logos, etc… but the only way to really pull it off consists of trying to find a bunch of different softwares, Changing settings, flashing chips, buying 80 dollars worth of software, etc… I didn’t want to mess with it.

So I hacked up a Fusion 360 post processor to allow me to generate laser code, and treats the laser as it’s own tool. This image is 1.5 inches wide. The detail is pretty awesome for a 5w laser.

I’ll be doing a write up on it with instructions, but I wanted to drop it here to see if anyone wants to help use it or try it out. Fusion 360 is free, laser strength is dictated by spindle speed (of course) and feed rate is from the cam solution built into fusion 360… you have 100 percent control over the laser. Here’s a sample. 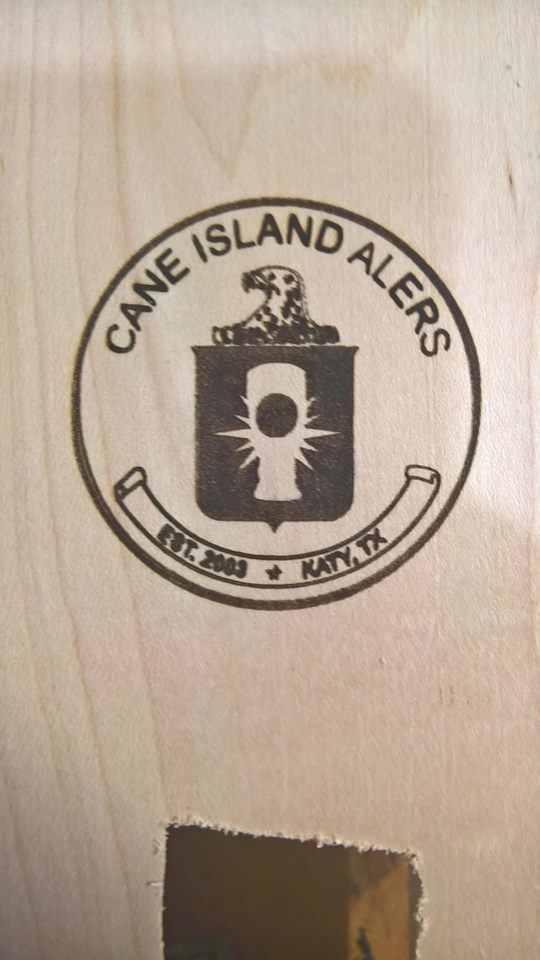 I am very interested. I have the 3.8 laser from J-Tech and have been using several programs to burn with (mostly Inkscape) and I am always wanting to try a better way.

The detail is pretty awesome for a 5w laser.

also where did you get a 5w laser, for when mine gives it up.

This is just what I have been looking for. I would love to try this.

My appologies, I’m using the 3.8 watt laser from JTech Photonics, for some reason I thought it was 4.8w. So… .Yes, this is the 3.8w laser setup.

I am interested, would love to try and already use fusion 360.

I am very interested and still trying to figure out my laser and trying to change coding to do laser instead of spindle… I definitely need a simpler solution!

I am interested as well! I have just ordered my 3.8W laser from JTech. Still waiting on my back ordered X-carve controller too. sigh

I would love to learn how you do this. When do you think you will have the write up on how to do this?

Looks good! Where can I find the code? I’d like to try this myself rather than swapping programs.

I’m very interested in a post processor to work in Fusion360 for the J Tech laser I just ordered. Can you let me know where I can find it? I’m pulling all my hair out trying to figure how to use Fusion for producing my gcode. Thanks in advance!

Hey Dave… I’ll put together a tutorial this week and get it posted out on Instructables. I would have this weekend, but I’ve been down with the flu.

That would be awesome! If you could show me how to get the post processor working for Fusion, I would be so appreciative! I don’t really fancy the idea of learning a whole new program simply for the gcode for the little bit of lasering I plan on doing with the CNC.

Hey there. Have you had a chance to look at that post processor yet? I’m hoping to get my laser connected to my CNC in the next week or so.

No, crazy enough, on the 15th, I had 2 heart attacks. So, I’m just kind of getting back into the groove of everything. I had planned on doing it that weekend, but I was just down and sick… And then Monday I went in to the ER… Don’t worry, I haven’t forgotten any of you guys.

Sorry to hear about your illness. Hope you get better soon and get the time to do the things you want to. and also thanks for helping the community.

Life happens and gets in the way, hope everything will be fine from now on. I’ll be looking forward to see how you did it. A couple of questions, it looks like you were able to rasterize the image with Fusion 360, is that right? Are you capable of also cutting vectors?

Hey @DanRegalia did you had any chance to put a tutorial ?
I’m also looking into this kind of stuff…

I tuned a post-processor for laser “engraving”, but have no solution (yet) to burn, like a black and white image as you did…
I’m experimenting by using a 3D parallel pass with a 0.1mm tool… but I’ll have to update the post-processor to stop the laser during lead-in/lead-out phases…

Hey Sebastien,
So, I kinda dropped the project because I didn’t have a 1.1 version of the controller. As many people know, I had a heart attack shortly after posting about this, and it took me a while to get back onto my feet. Well, anyways, I’m back to 100%, and have been using lightburn. I have a completed version of the post processor for a .9 version of the GRBL Controller. I haven’t tried it out yet on my other XCarve that has a 1.1 GRBL controller yet.
I’d be interested in fixing it up to work with both if you’re willing to help me test. It works really similar to what you’re doing with a .01 bit.
My main concern is spindle speed, and if it still decides the laser strength. I have to talk with Jason over at JTech to see if that is the case now. Years ago, we had to tweak the build to get it to work. I don’t know if the controllers still work on the same 0-10000 scale or if it’s a 0-255 scale in the new GRBL 1.1… and what the switch is to handle it.

Thanks @DanRegalia.
I’ve been working on my own post-processor, with good results so far.
I’m still testing / tuning / documenting, so I would say it’s not ready, but it’s already opensource at https://github.com/pirate-makers/shapeokolaser

As it’s for Fusion360 it should be working whatever version of GRBL you’re using. At least, you can check the generated g-code… If someone want to try, just open an issue in github if you see anything special.

For info, I totally removed all Z-axis movements, so you can set up your laser at the right height and play your g-code without worries. (I may have to change this to be able to detect lead-in/lead-out though…)