I’m running into an issue and I’m not sure why. I’m trying to run gcode for a simple shape that I’m using to learn CAM in fusion 360. I did a screen recording of the fusion and eagle screens to try to help illustrate the point:

When I simulate the tool paths in fusion everything looks fine and the initial cut is in the eye of the face.

When I look at the toolpaths in Easel the movement from the origin to the first cut also looks fine, it’s moving over the stock material.

The stock material measurements are accurate both in easel and fusion (triple checked).

The problem is when I started carving, for some reason the bit plunged into the origin and then trying to rapid to the first cut point and it snapped the bit :’( 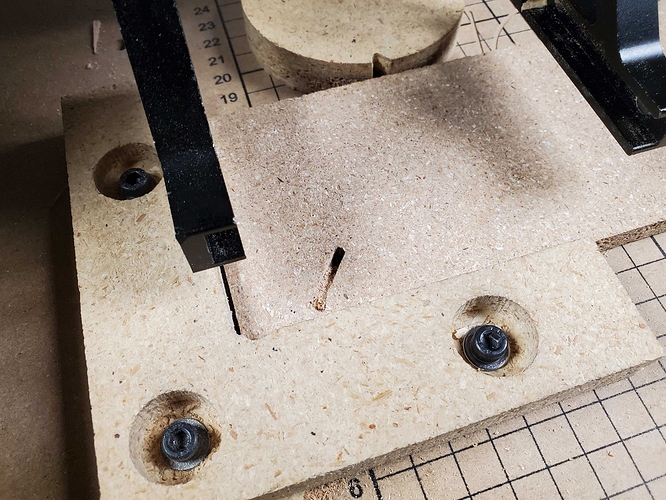 I didn’t program in this plunge. Any idea why it’s happening? I’m not sure what I’m doing wrong.

Can you share the gcode or the Fusion file?
Where is the origin set in Fusion?
What post processor are you using?

The origin in fusion is in the bottom left corner at the top of the stock: 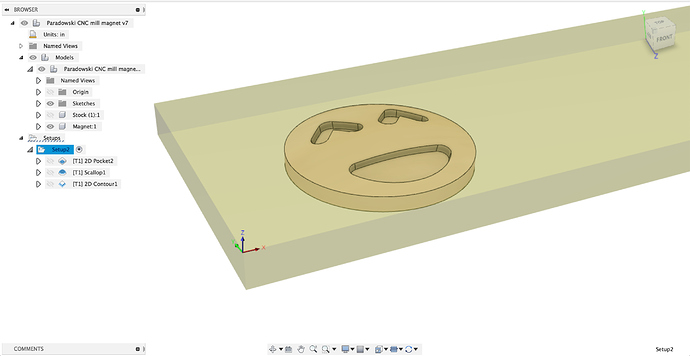 And I’m using the easel post processor I downloaded and installed per this article: https://inventables.zendesk.com/hc/en-us/articles/360012593133-Installing-Fusion-360-Post-Processor 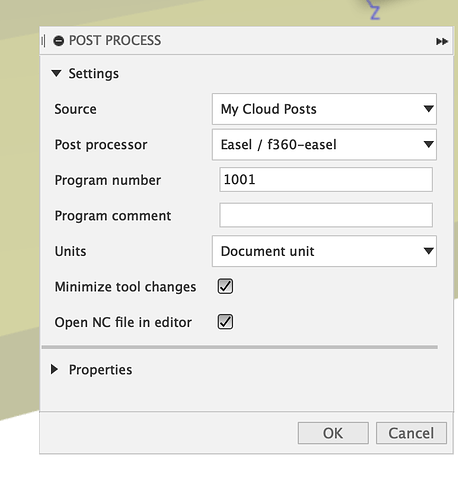 I’m sure there’s something I’m missing or misunderstanding. Thanks for the help.

How did you set your Z-zero?

I have the z probe so I used it to set the zero for the z, but as I was typing out this reply I realized that I probbed on the waste board and not the stock :’(

That must be why the “plunge” happened. The machine was lowering itself to the retract height, but because it thought the top of the stock was a lot lower than it actually was it “plunged” in.

:Sigh: hopefully that a newbie mistake I don’t make again. Thanks for your help @NeilFerreri1!!

No problem…post the smiley when it comes out!

I only did roughing passes so it looks … rough, but it cut successfuly!! 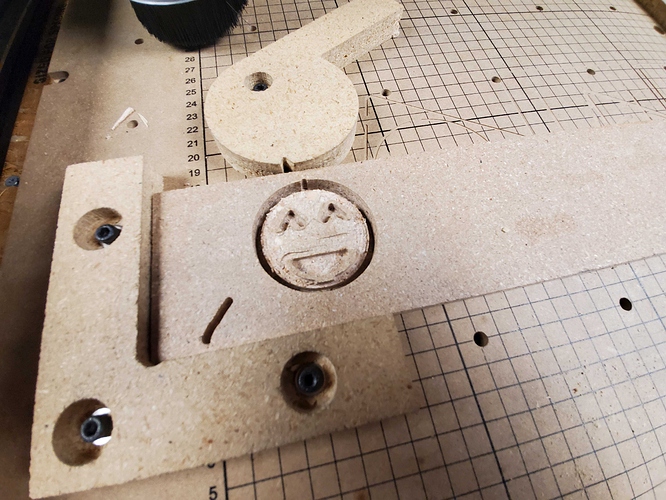 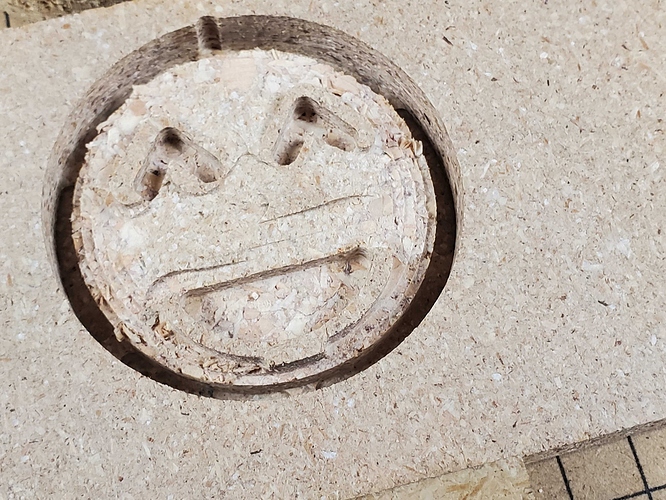 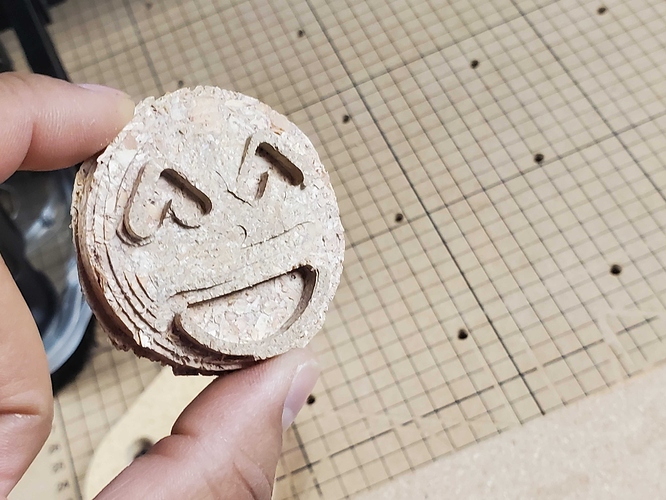 Thanks again for your help @NeilFerreri1 !!