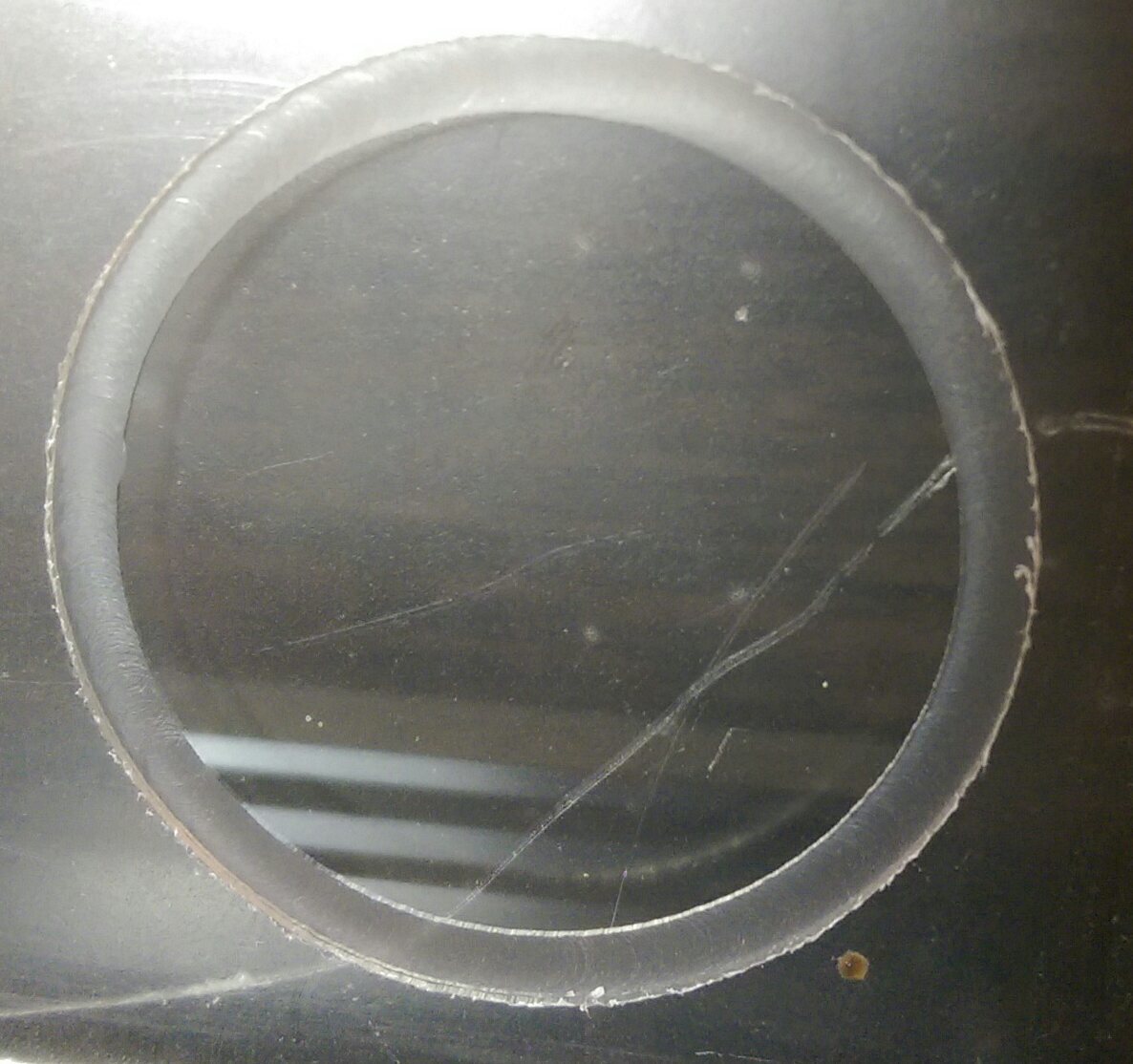 Looks like it may be chip out, When I cut acrylic I mask the top with painter’s tape which helps. Also maybe slow the bit down, hard to tell.

Thanks. That was my second run, and, the blip is at the same place in both. I don’t think it’s a chip.

Also, that material still had the plastic film on it.

Are you ramping in/out?

Probably not then. Not sure easel has that feature and if its a flat bottom bit it’s digging in likely right there where it starts the cut.

Yeah. I noticed, when jogging in Easel, that there seemed to be no ramping.

Unfortunately no Easel doesn’t ramp. I’ve experienced things like this before and would definitely be interested in building it.

@DonDespain i think you are absolutely right, the flat bottom bit “kicks” a little when it makes impact (it isn’t really designed for vertical milling). I think the right solution would just be to have Easel follow the curve that it is going to cut until it reaches the depth that it meant to cut to, then have it start the path normally. Then at the end just keep tracing the path of the shape until it has lifted out of the material.

I’ve seen other programs do a “switchback” ramping, but I have no idea why this would be necessary. Seems like you could just trace the shape all the way around descending at whatever rate you choose.

P.S. I think this warrants a feature request in Easel, I’m going to move it there.

Yes most definately a feature request!

I’d think that is about the right way to do it, as long as it completes the path at full depth, there shouldn’t be any problem with that, I’d think… Ramping in would definitely make it easier to get clean cuts!