I went to a craft show a few months ago and saw someone selling old hardcover books with block letters or designs cut into them. They could have been laser cut - I couldn’t really tell.

Anyway, I decided to try it on the XCarve. I made some custom aluminum clamps to hold the book in tight compression and tried a 1/8" downcut fishtail bit. Except for the leatherette cover, which tore in places, it seemed to work OK.

Has anyone else tried this? And, what would happen if I tried to cut deeper than the length of the flutes? 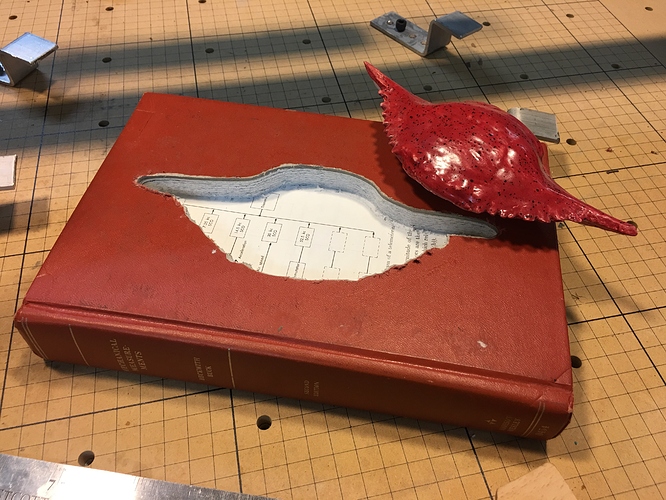 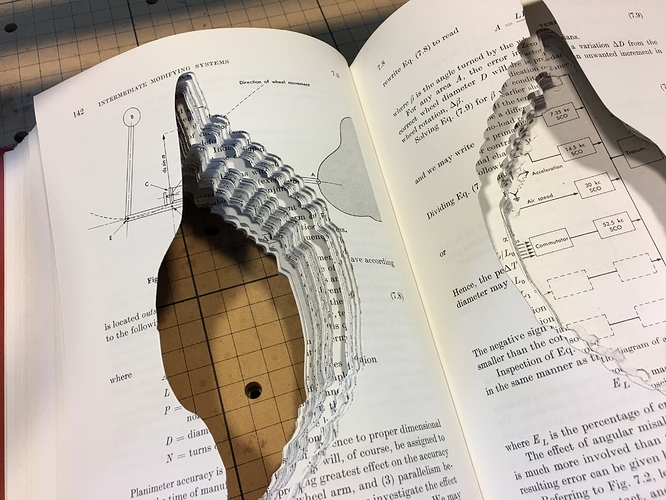 Was it a show in or near Kentucky?

Gotcha. There is a guy around here who does it at all the shows and makes a killing.