Hi @PhilJohnson, what version of IE are you using?

It happens to me all the time where I’ll forget that I’m in Easel and not in Illustrator or any of the myriad graphics programs I use, and hit (+) or (-) to zoom in but that doesn’t work in Easel. It zooms the whole browser window , so all the icons and text and stuff get bigger too. Sometimes it makes Easel act funny when it’s not set to 100% and I just have to reset the view. I don’t know about Internet Exploder, but in Firefox it’s just View --> Zoom --> Reset or (0).

Well, since Easel is written in Javascript, and CSS, it’s likely that there’s a rendering fault somewhere in there. Try to reset your cache in IE and see if that works. Otherwise, you can view source on the page and see where the CSS is breaking. Again, I don’t know if IE has similar tools, this is from the Firefox “inspect Element” option. 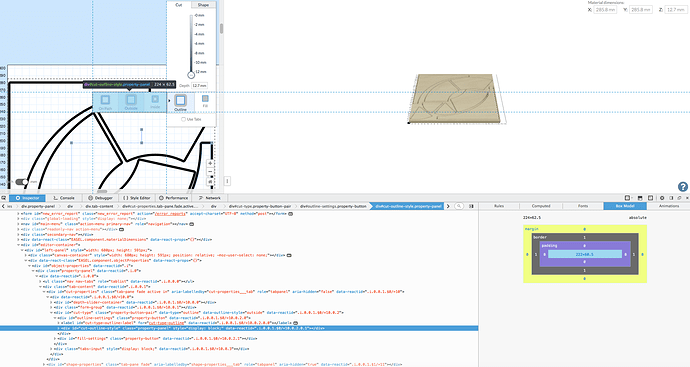 Here you can see that I found the div where the pullout for the cut type selection was, and on the right are the box dimensions for the whole drawer of buttons.

Looking at the number of projects you have completed, maybe the buttons are swollen from overuse.

Was this resolved? I am now having the same issue.

I’ve now tried Chrome, IE, and Firefox. Firefox is the only browser with no issues so far and is now my default.

It’s not just Easel. The front page of Thingiverse was giving me trouble as well. Firefox seems to be the temporary fix

I’m from Inventables. I’ll remind them on Monday. I can’t reproduce it in Chrome or Safari so it must be a bug that only shows itself in IE.

Anyone else having this issue … I can’t get to the inside or fill (pocket? can’t remember) options… 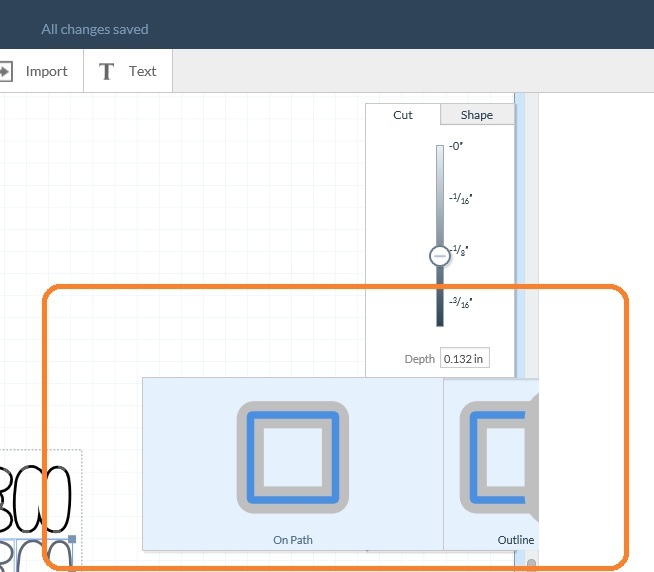 Hey @DarrylKegg this is in our internal issue tracker, we’ll look into it. Seems to be a IE related issue, you might want to try Chrome in the mean time.

Hi everyone, the icons should be the right size now in all browsers. Let us know if you’re still experiencing any problems with these buttons.