trying to figure out how to build in easel. looking to build shutters 12 in x 60in how would i add this profile 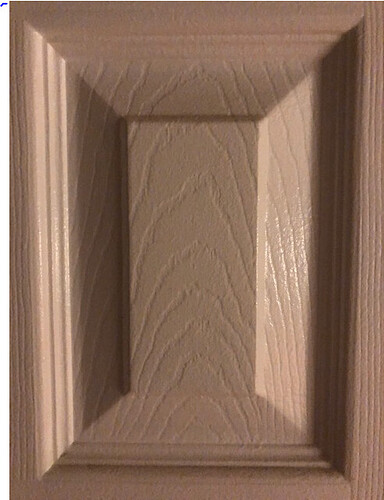 Well a raised panel is done usually with a panel raising bit on a shaper or router table or a table saw with a tilted blade. You can buy a cove bit to do something similar. The bits are kind of large though and probably more easily found in a half in shank.

On the cnc I’d do a 3d model of that and use a combination of straight and round nose bits. Easel can only do gradients from what I see. After the 3d model is made you’d convert that to gcode and then load the gcode into Easel to use on your X carve. To do this I drew a cross section of the molding and then extruded it to a length. I cut the ends at roughly a 45 degree angle. Then I mirrored it and copied one of them for the top. I positioned the top to the sides and then mirrored the top to make the bottom. That left the raised panel in the center. I made a square and then turned that square into a square surface. Learning 3d cad opens up a whole new way to use your x carve or other cnc machine.

You could probably make a series of concentric rectangles as a toolpath to make the frame and rails. I think the only way you are going to get the raised panel part in easel is by using the gradient app, which I have no experience using myself. 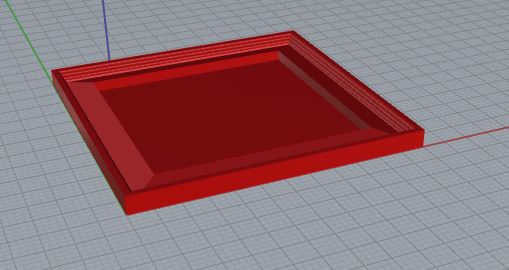 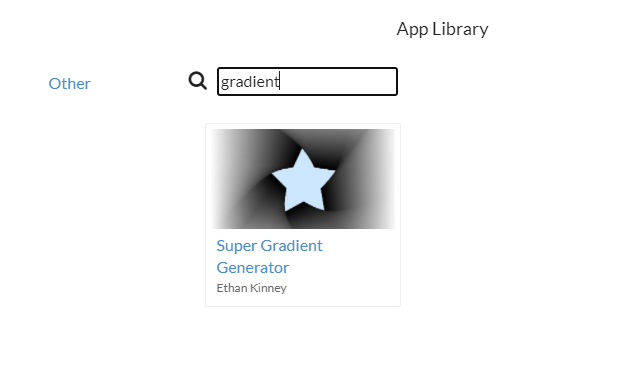 thanks im sure ill be asking more about this project 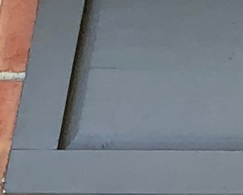 This is a pic of what profile I need if anyone can help i tried the super gradient generator. The other pic had too much detail on it so in took a pic of shutter on the house to get detail. thanks again Michael

I don’t love the results personally. But you can get this using super gradient tool… leaving all as default, increase the center so that it has a larger 0 depth part in the middle… increasing the steps a ton like to 80 steps… (it’ll get slow after increasing this)

I’m afk right now, but ill try to remember to do a sample when I get home if Martin or someone else doesn’t by then

is that one panel or two panels vertical? your machine is an xc

As I said before I’m not a gradient user. From the looks of the picture you just posted, I’d say a combination of this bit and a straight bit to form a tongue would get you the panel. This means you’d have to make rails with a groove in them and assemble them, which is probably faster than trying to do everything on an x carve. The tip of the v bit would have to travel on your line. The straight bit would have to be offset to cut off half the v that needs to become the tongue. You could set up rail wood on edge on your X carve and run grooves down the center of them to create the channel to accept the panel.

You wouldn’t have this sophisticated bit, but the assembly would be similar.

this will take a while on a CNC ? but it can be done

thanks all
ken, that is what im trying to do im going out of town for a week. when i get back im going to get exact measurements to see how long it will take to do with cnc xcarve. i build them before and insert panel in frame they rot out after 5 years i think a solid board will last longer with a quality prime and paint if i can get to work. again thanks to all. talk soon