Anyone know anything about the Buildbotics controller? Seems to have some pretty awesome features. Is it GRBL? I’m leaning toward replacing my Xcarve with a Onefinity… they seem to have a pretty decent design and seem like a lot less things that can go haywire (belts, v wheels etc). Anyone have one yet? Thoughts?

I am pretty sure that is a BIG nope … I think it is based on the creator’s software TPL, but I do believe it will run regular G-Code.

I can’t ignore some of the features on this Onefinity though. No homing switches, no belts and the claimed simple quick setup and tear down.

So much to think about… apparently the preorder is done for now so I guess I have lots of time to think!

Somehow that onefinity doesn’t impress me.
ROUND rails???
Lets think about what can go wrong there.

Hi… could you elaborate please? What do you feel is the concern with round rails?

Think about how easily the round rails could twist as compared to square tubes.
Just imagine holding 2 long round dowels in your hands, (the ends in each hand) then rotate your hand.
Now imagine holding 2 long square tubes in your hands, then rotate your hand.
The round dowels will move more easily than the square tubes.
I think it would be a horrible machine to maintain.
I bought my X-Carve 750 in 2016 and its still within .005"
(although I must admit that I upgraded the bed with aluminum fixture plate)

Fair enough… so you’re suggesting that the x-axis in particular would be susceptible to this twisting force based on the pressure of the z-axis? It appears Onefinity is trying to address this concern through the addition of a 3 rail on the x-axis.

It’s a very tough decision for me. I really don’t like the belts and v-wheels found on the Xcarve and many other machines. Also, the ability to do away with limit switches appeals to me, they are the bane of my existence right now with false triggers stopping carves. I’ve had some help from others on the forum to solve this, but it’s quite random. The machine will carve 10 or 20 pieces and then just go haywire for a reason unknown to me, status will report ‘alarm’. Soft limits are off so I’m not sure what else could trigger this alarm.

Thanks for your input. I’m definitely on the fence still on this.

Are you talking about round linear rails…because before the supported trapazoidal shape, most of the cnc routers had round rails. First were unsupported round rails…and later supported round rails… there’s no rails twisting as they are locked into the frames. Unsupported rails may flex a bit in the middle of the span but these are probably in the neighborhood of 20mm diameter.

I’ll use this K2 as an example 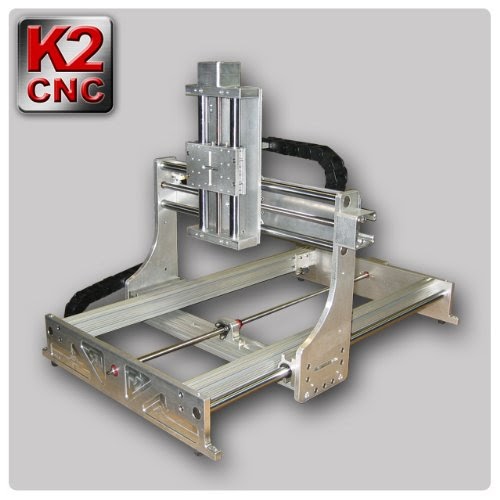 Although this post is old I can assure you that OneFinityCNC is a tank. I got mine just a week ago. It is super rigid. X-Carve will be like a toy in comparison (sold my x-carve).

Here’s a sneak peek of my new CNC. 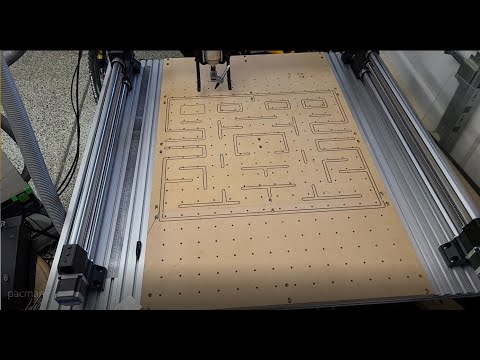