I would like to share my largest project so far: a castle for my son’s Playmobil nights!
As I am new to CNC machining and product design this was a very challenging project

I love Easel and it gave me great results in a short time. But I wanted an offline workflow for my shop. So I looked at different CAD / CAM and GRBL tools. For me Estlcam offers a very simple but powerful CAM module and the Estlcam Controller works fine with the X-Carve, although you need to flash your Arduino. But this is not as bad as it sounds. You can import G-Code from Easel with an appropriate template. And Estlcam can handel SVG, DXF and STL files.

The design part was done with Fusion 360. For me it was a hard way to learn Fusion 360. And Im still learing! This Tutorial from Patrick Rainsberry was a big help: CNC Router with Fusion 360, Bookshelf Tutorial

So I designed the castle in Fusion 360 in 3D. Then I created scetches from my parts and exported them as DXF Files. In Estlcam I added dogbones and created all the paths. Then I used Estlcam controller to mill all the parts.

For the castle I used 9mm plywood. 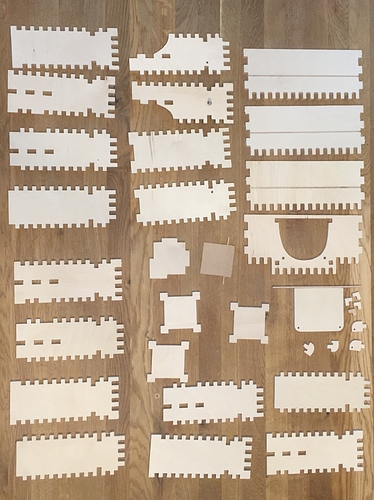 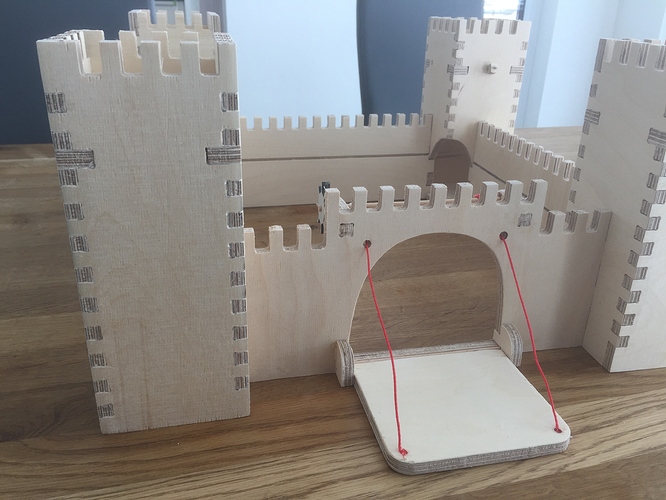 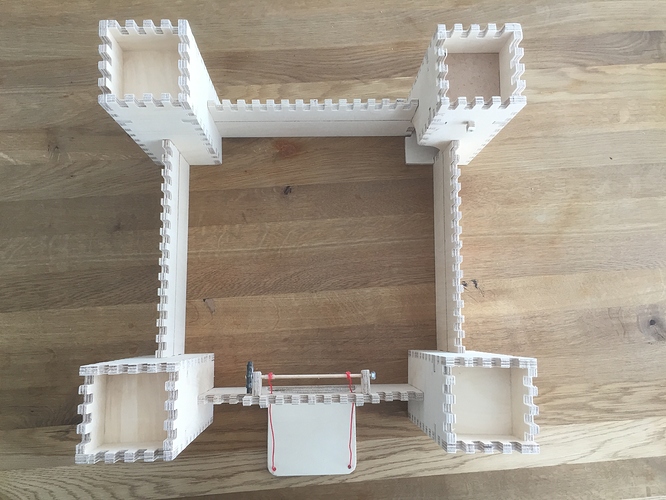 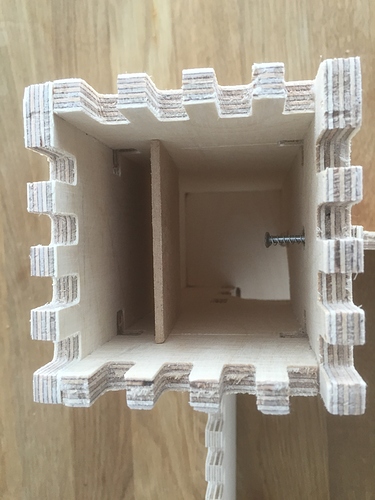 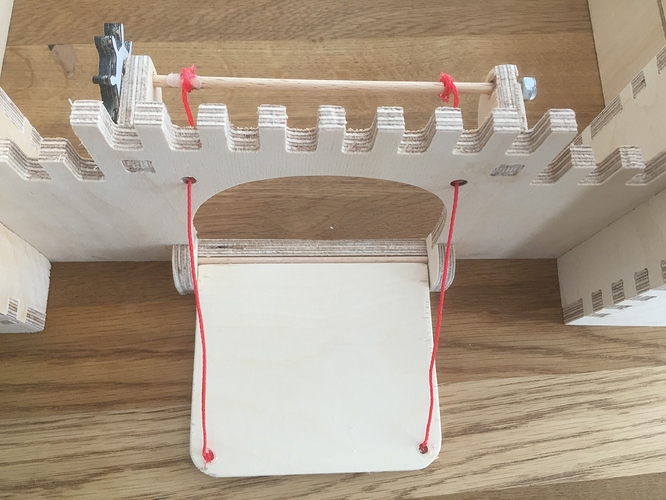 i’m looking the same to make a castle but a bit bigger, for my rabbits… they love tiny houses =D

I really like this. how will you finish it?

what about carving in some brick patterns in the walls? Just a thought.

Thats a great idea. I thought about that earlier, but have no good idea how to project a brick pattern on a scetch in Fusion.

So any suggestions are welcome!

For finishing I did some waxing.

A good sanding mop would make a world of difference on all those frayed edges and wouldn’t take that long.

I realized that the upcut bit did a lout of fray (hope this is correct spelling).

Version 2.0 will be cut with a downcut bit.