Hey guys! I’ve owned my 1000mm X Carve for a few months now and really like all that I can do. Now with Easel Pro and purchasing some V Bits, I was wondering is it possibly to make the Haunted Mansion sign from Disneyland? Specifically the oval shape that has some depth and gradually descends? Can I make this in just Easel Pro or do I need a new program? Im still new at this so its baby steps but I would love to make this look as close to the original as possible. Thanks in advance to anyone with any feedback. 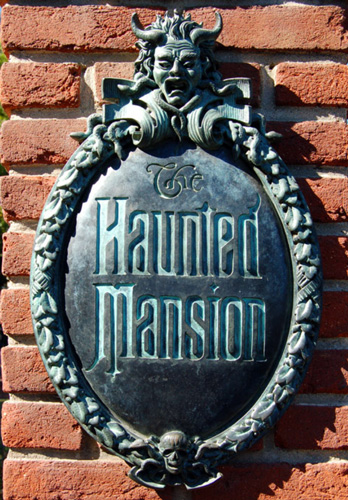 Easel (pro or regular) is still a 2.5 D carving program. You can’t program the curved reliefs with it.

You can use meshcam it’s a bit cheaper than vcarve

@PeterPicchi Are you asking about creating a model like that yourself or generating gcode from someone else’s model?

I’d like to be able to make my own model and was wondering if I can do a 3D rendering in just Easel Pro. I’m thinking I can’t. Is there an option to have someone try and make me one that I can I use? I only have Easel Pro right and don’t think I can afford the additional programs. At least not yet.

That link, I’d be able to download and create in Easel, since the 3D rendering is already done?

Are you trying to make that exact model or just something 3D? If you have a 3d model, Easel won’t help you except to send the gcode like @DamnitJim said. Check out Kiri Moto. https://grid.space/kiri
It’s super basic, but it will create toolpaths from an STL. And it’s free. Just make sure you preview it before you send it.

As Phil just mentioned I would use fusion 360, it’s free for hobbiests and would appear to be what you are looking for as you can model and cut the above in fusion 360. There is a bit of a learning curve (steeper for some) but well worth it.

I also believe v carve has a trial period so you could try that too.

I really like Fusion 360, but its modeling and form tools are really more suited for engineering rather than organic type shapes. I’m not saying it can’t be done in Fusion, but I’d be really impressed by the skills of anyone doing it.

You would then be impressed by @PhilJohnson.

I’m always impressed by Phil. I didn’t say it couldn’t be done, just that it’s a lot more difficult.

That’s exactly what I’m looking for! Now if I wanted to import that into Easel and use I’d need additional software correct? And a ball nose bit?

Please do not post files of Disney properties on the forums.

When did Disney buy the Eiffel Tower?

Just a matter of time.

“Well, you see, since we’re a small operation, we don’t fall into the jurisdiction of the Empire.”

I doubt anyone has an issue with that thingiverse model in its current state, but Disney has been filing with thingiverse and having certain models removed(the model of the sign in this thread is one of them). I am not going to get into a discussion of intellectual property rights (I admit I don’t know enough), but I can see why Inventables wouldn’t want a part in the distribution of copyrighted material. That said, there’s non-original work all over the forum, so where will that line get drawn?