Can the x-carve make this

im looking into buying and x-carve and i was wondering what kind of setup i was need to made parts like the one in the pictures. i like how easy the x-carve looks to use for alot of stuff i would like to make but from time to time i need to make some complicated parts

this is a part iv made out of 60601 aluminum its 4in wide and 1inch tall. using sticky tape to hold it down to do the outside and inside profiles then putting a cutter in to do outside threads should do the trick right? 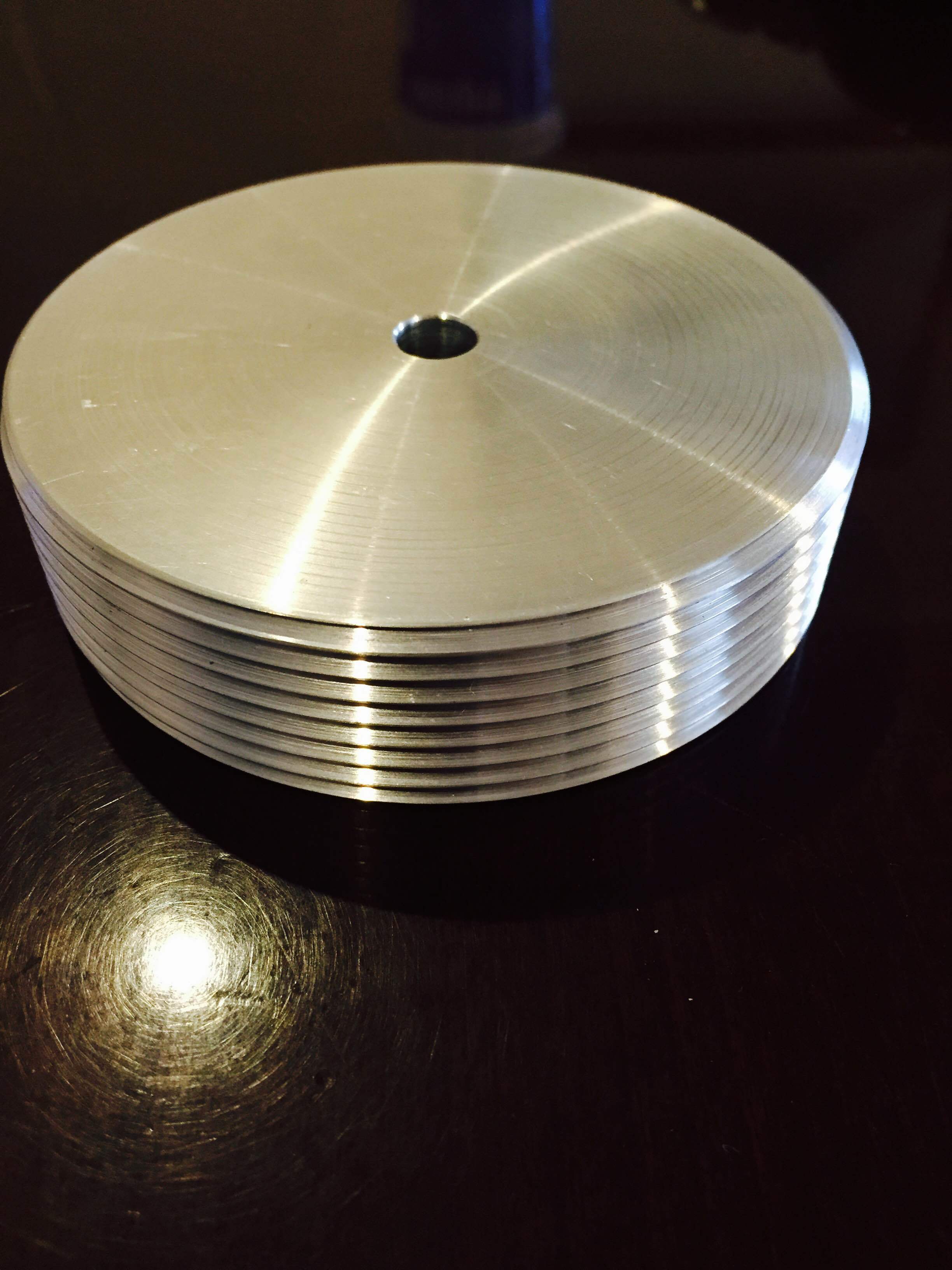 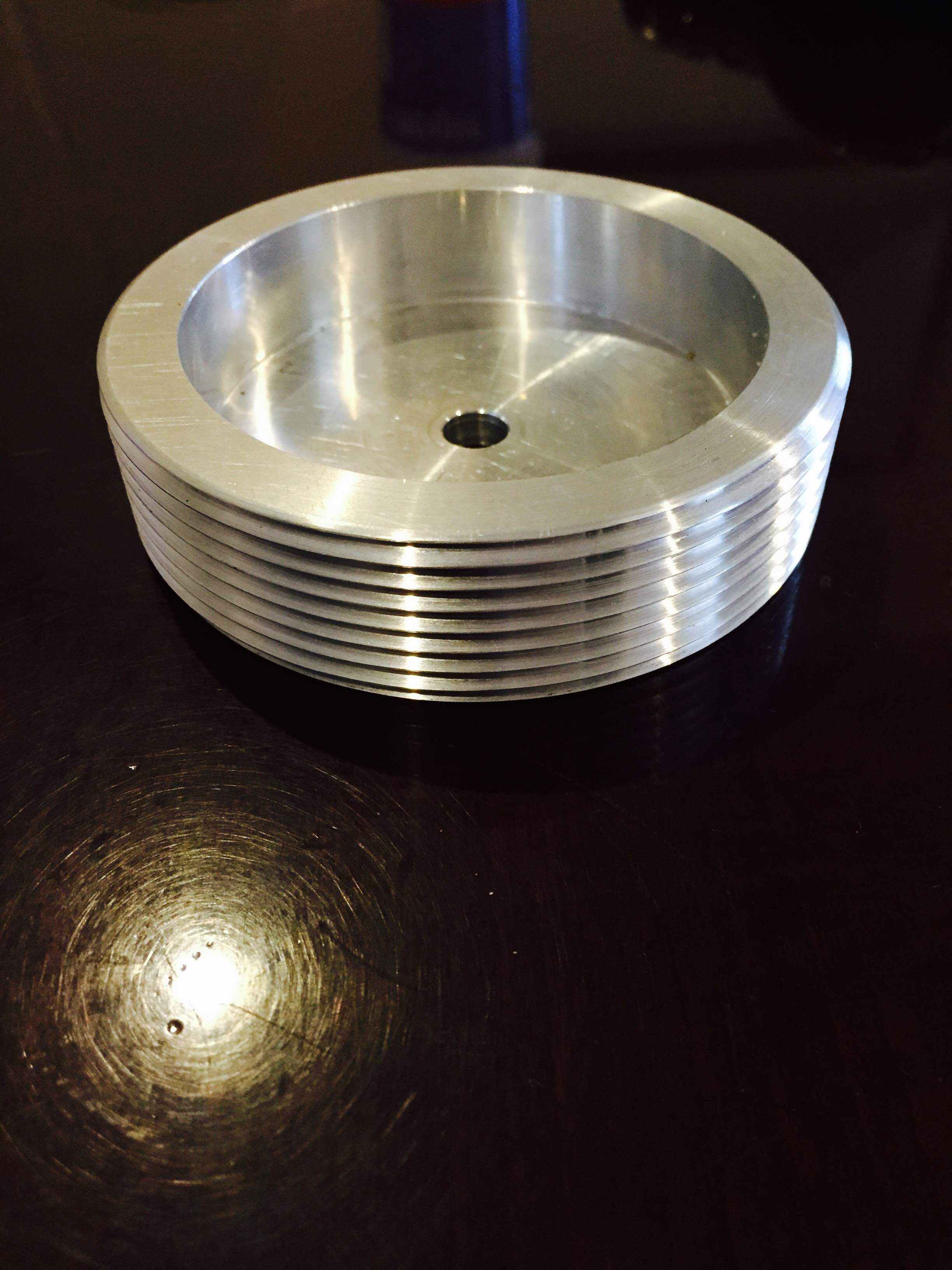 That looks like a thread, which is normally done on a lathe.

yes commonly done on a lathe, you can also use a cutter like this for thread profiles in cnc mills or routers im wondering if the x-carve can handle/do things like this. 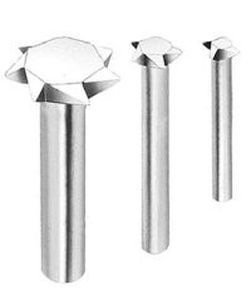 I would not even try making that part on a X-Carve. That is a job for a metal lathe. If you tried holding it down to the table with tape there is about a 99% chance you would through it off the table.

If you need this part then have a machine shop give you a quote to machine as meany as you need or buy a metal lathe if you want to machine it yourself.

I have solid works as CAD softwear and HSMworks for CAM that will write code for that so the only problem is holding it and I used a lathe to make that it’s not fun I could run them on my CNC mill but I was looking for something small I could have at my house. And yes your right threads are better to do on a lathe but I hate taking parts off the mill and having to set them up on the lathe it takes so much longer

It still looks like a lathe project. A standard X-Carve would never come close to the finish you would get making it in a lathe.
What would the material blanks look like. Round or square, 1" thick material or sawed off a 4"+ diameter bar.
I would use sawed off 4"+ blanks in OD soft jaws for first op of counter bore and center hole and face. Second op would be ID soft jaws on counter bore and face. Face to 1" and final OD then thread.

Of course if you had a CNC lathe with double spindles then all bets are off.

i would start off with a round blank made on a lathe with the hole drilled there as well. and boring out that hole is a big pain in a lathe with 3 jaw chuck the strings of metal rap up on the chuck and making a spinning ball of sharp stringy death that i don’t care for much. now holding it, if u take 1/8 or so aluminum sheet metal with a locating short dowel rod pressed into it to help with the X/Y movement rigidity and hot glue to hold it down it will be very strong and i will be able to do the inside and outside cuts with one code other then having to put a stop in to change the tool.

what do you think. can it handle it?

Again on a standard X-Carve I don’t think you will pull it off. I would look at the shear strength of hot glue on alu.

If you get your feeds and speeds right with a good chip breaker on your lathe tooling you should not get long stringy chips but nice curly ones that drop into the chip tray on the lathe.

How meany of these do you need to make.

And when it comes to the hot glue it sounds odd I know but it’s something iv ben doing for a long time before I got a CNC plasma cutter. It works really well if you do it right.

maybe you should have a look at estl cam. It’s developed by a german guy, but also available in english. The program has some nice features and has a very clean interface. Soon as i have my x-carve up and running i am going to give it a try.

some of the features are:
drilling
engraving (v-bit)
text editing and engraving
corner overcut (dogbone)
order of machining
photo carving

I plan on milling some aluminum in the next week or so with a stock X-Carve and the stock spindle. I’ll report back here and let you know how it goes. I won’t be doing any threading, but if the X-Carve handles the job that I plan on doing, then it should be able to thread given the right strategy.

Cool thanks for the heads up I would love to see how it goes for u. If it all works out I’d be doing a lot of 1inch thick stuff so I can make stuff like solid motor mounts and bakers for stuff

I would bet that if it will cut what I’m planning on cutting, then 1 inch would probably be nearing the limit of what the stock setup will do, but… We’ll see.

That’s why I made this post I don’t have and x-carve yet. I want to do stuff like iv shown and didn’t know what setup would get it done if it can get it done at all

Wow. I need to look into that app.

autodesk inventor pro and fusion can do thread work, i didnt pay anything for inventor pro, then again im using the student software

I plan on milling some aluminum in the next week or so with a stock X-Carve and the stock spindle. I’ll report back here and let you know how it goes.

Careful with your feed rate and depth of cut with aluminum. I have done some and it seriously pushes the limits of the X-Carve, especially the 1000 mm version. Flexing and spindle wobble are the real problems. That’s why I stiffened my x axis with a 3/16" steel plate and will be installing a dewalt dwp 611 today. I have had some limited success with the max of .002" depth of cut and federate of 35 ipm. That is cutting a solid path to profile a part out of 6061 aluminum 1/2 inch thick. It works but not very quickly. Don’t even bother with a 1/4 inch bit with the stock spindle.