I’m importing an SVG, see picture, when I attempt to change the cut path to outside I get the “Cannot Offset Open Paths: If you’ve imported an SVG, check for open paths and join them before importing.”

I’m using dxf gear files from Derek Hugger which are very clean. I’ve tried all kinds of Path options in Inkscape, including ‘Join Selected Nodes’ and have had no success getting the paths closed for Easel. I must be missing something simple. How do you fix open path issues in Inkscape so you can change the cut path in Easel? Note I’ve applied ‘Join Selected Nodes’ but easel still errors on the file.

Wondering if I should skip Easel? Thoughts - Suggestions? 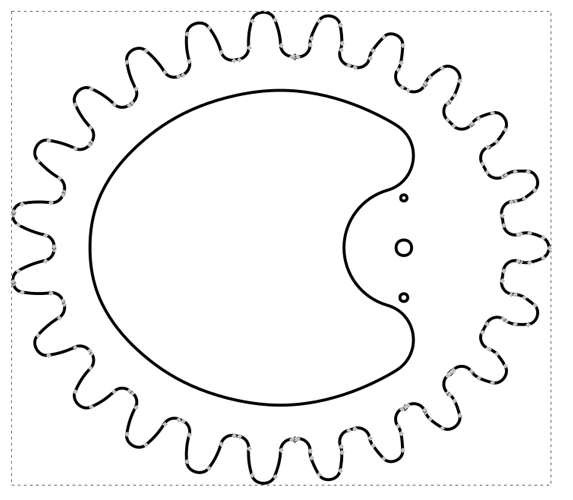 Greg, if you can load the SVG file here I’ll see if I can fix it (just drag and drop it in the message body)

@GlennMDutcher thank you for the offer - being I bought the files I’m not incline to making them available without permission from the seller. Not to mention I have many of them to adjust to finish the project. I need to figure out how to fix them. I actually have two projects with 50-80 gear files total to close the paths.

@GlennMDutcher Very nice - thank you.
So what does it mean when your dxf file doesn’t operate as expected?

1 - Combined the completely selected gear lines.
2 - Stroke to Path
3 - Break apart - and I don’t get the same results that you are, see pic 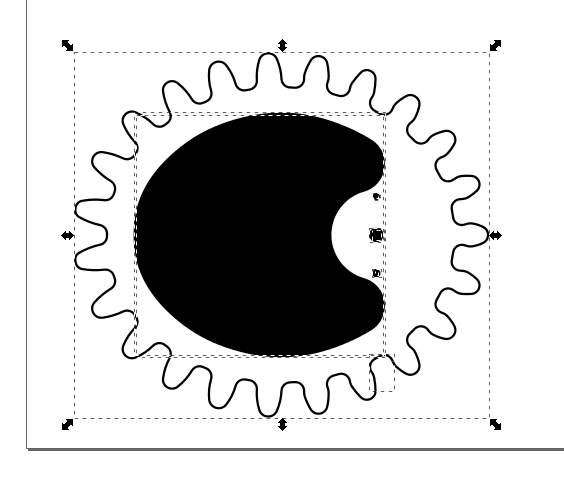 All looks good when I combine the outer gear and the small section. Stroke to Path looks fine, soon as I Break apart - I get the same results that are in the picture.

Greg, see if this helps 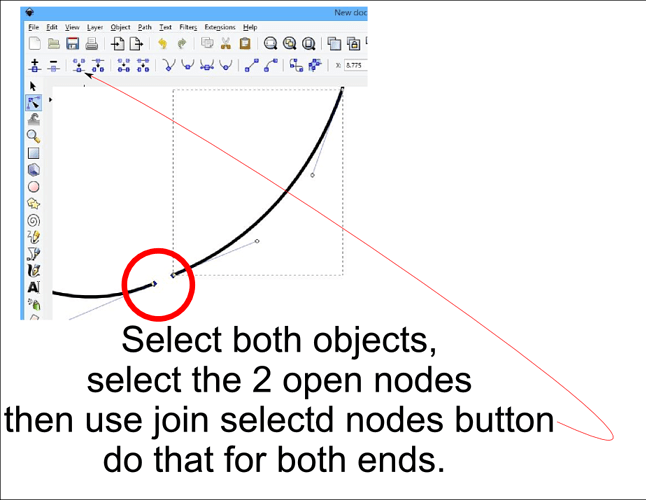 @GlennMDutcher Okay getting really close, I joined the ends of the objects, oddly the outer gear didn’t turn black as your video showed. But Easel let me import the svg and select Outline for the cut without an error. But as you can see in the image below Easel doesn’t really show an outline cut, looks more like a ‘on path’ cut for the outer gear. Also the inner area of the gear has a new shade on the right side.

I greatly appreciate your time and input @GlennMDutcher

Any thoughts on the outline cut issue? 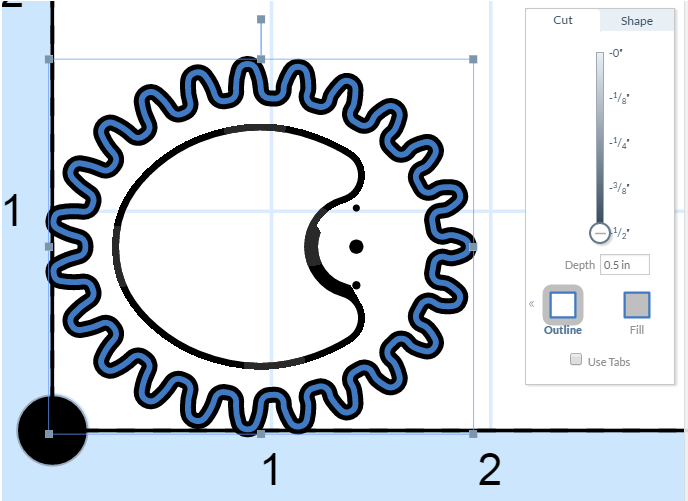 Try an inside cut, and see if it changes

open the gear in Inkscape and under the “View” menu choose - Display Mode - Outline, this will allow you see everything a bit better and maybe you can locate the problem area

@GlennMDutcher yet another good Inkscape trick - thank you.
I see the problem but for some reason ‘joint selected nodes’ isn’t joining the two points. 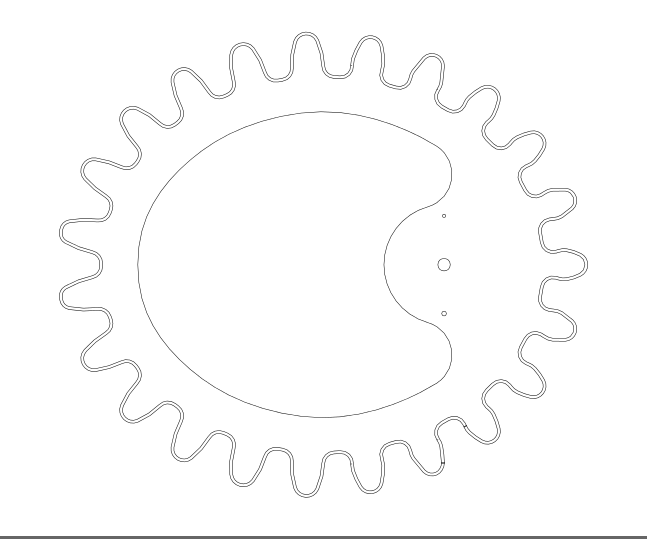 Seeing the Outline somewhat explains the following Easel inside, outside and on path settings.

I’m stuck with and outline of the outer gear with the steps that I’ve taken.

From your pic it appears you have two outside gears? try selecting it and breaking it apart so there are two separate gears and delete one of them

Make sure you have the two nodes selected, they will turn a blue and yellow either box around the nodes or select one hold the shift and select the other

@PhilJohnson Thank you for the offer.
Derek Hugger Saved his files as AutoCAD version 2000 and used polylines instead of splines. This worked!

Only now I’ve lost the scale of the files importing into Inkscape. The drawing that the new DXFs were created on was E size (34 x 44 inches). Anyone know how I can import to that size? Or import using original scale?

I’ve unselected the A4 option
Been playing with the Manual Scale factor to get close to what the scale should be.
Anyone know of another way to change the scale in Inkscape? I’m sure I’m looking at this wrong or approaching it wrong.

“Or measure in inkscape and scale.”
Scaling in inkscape would mean per object - correct? Or can you scale the whole drawling after you’ve imported it. I’ve only seen where you can set the import scale during the import.