awesome, i’ll give it a shot. thanks

As far as troubleshooting goes, it may be easier to try and get the X-Carve running with Easel before trying with UGS or ChiliPeppr…

i’ve tried linking it up on easel today, I’ve used it plenty in the passed as I’ve ran hours of jobs on it. I know the deal with one program being open at a time. I’ve been lurking these forums since I recieved my xcarve like 3 months ago, I’ve got a pretty good understanding of the machine and basic trouble shooting and I’ve been running it fine until just a couple days ago and of course I have my first real deadline coming up using the xcarve and wouldn’t you know it now its messing, because this is how my luck goes. Now I just need some help and it seems that every suggestion seems to be something I’ve already tried. Excuse my frustration, but I can’t figure out why this is happening out all other times it could have been…

Another test is if you have acces to another PC or Mac and give Easel a try on another computer… This will help you know if it is an issue with your PC or the X-Carve… You don’t want to be spinning your wheels and getting frustrated with software issues if it has nothing to do with the computer.

unfortunately that isn’t something I have the ability to do right now. I’m headed back to the shop in a bit to give it another go.

@AllenMassey @AlanDavis @sketch42 thanks I just got UGS loaded on my home computer thanks to your guys’ links. I am headed back to the shop and I’ll get it loaded on my xcarve computer and give it a go. Thanks for the help. I’ll post if and when I get it figured out.

If it doesn’t connect to Easel then UGS shouldn’t work either.

That sounds logical, but in real life I have seen UGS connect when Easel refused.

Best thing to do is load UGS 2.0, unplug the USB cable, reboot the computer, plug the cable back in and then start UGS 2.0.

Back to beginning again. You need Externally Powered USB hub. 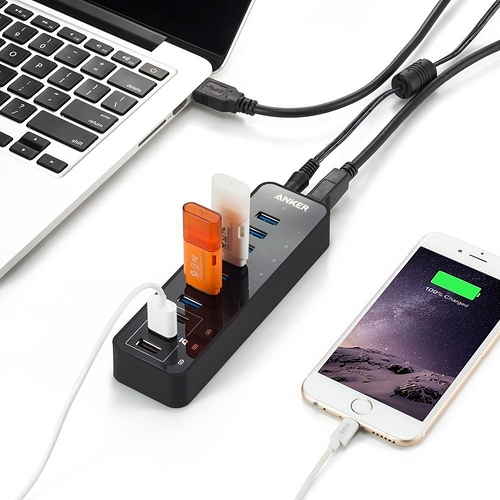 Heh, unless you have the computer in that picture… The USB on that Mac is well powered enough.

But seriously, this was one of my first thoughts, but I don’t think so now because he is only plugging the X-Carve in and nothing else, he’s using the supplied USB cable, and he’s also had no real issues carving in the past.

thank you… i don’t see how this would be an issue after, i don’t know, 15 hours of carving NO problem…

I didn’t pay attention what kind of pc he’s using. Did I miss something.??

My port problem started month after.

Oh really? Thats strange. Luckily i should have a powered usb hub somewhere. I guess its worth a shot

Have you tried a different USB cable? I have seen many cables go bad.

No, no, you didn’t miss anything… I was just making a joke about the picture.

A powered USB hub or extender is worth a try if he has one around.

Besides, I don’t have computer like on the picture. I have i7 Processor Asus Desktop with 32 GB of ram on speed of 3.6 GHZ. 1000W water cooling Power supply. It doesn’t take PC power to handle USB duty. They’re not building computers to use USB for power draw. Just for simple peripherals like Mouse, Keyboard or any other communication devices. Yo need 5V power drain for Arduino. There is external power connection on Arduino but some reason it’s blind by the box. I don’t know if that clears. We go over this discussion long enough previously. We all decided to go buy some USB hub to have enough power. It’s not what kind of computer, USB is USB, they’re connected to tiny chip on motherboard.

Mac’s run 5v USB just fine. That is the computer in the picture. It was a joke about the picture… not about your or anyone else’s machine.

I fully understand the power requirements of USB and the Arduino, and didn’t mean to get into a debate about it while helping Joshua out. Again, it was a joke.

Back to the point though, trying a hub, other USB cables, even a friend’s laptop… all of these might help troubleshoot the issue. It may or may not be USB issues. We haven’t clearly ruled out a problem with the Arduino or gShield yet either.