Am new to CNCs and have just taken delivery of my Carvey. Initial setup was fine and I was excited to see how the first carve came out. I went through all the checks and started the carve of the easel logo on the test material provided. Half way through the cut, the carriage started to jump quite badly as if there was a problem with the pulley/belt system. Its only just out of the box but completely unuseable. Below is a photo of the unfinished cut which I had to stop it before it was done. Is there any known issue that could be causing this? 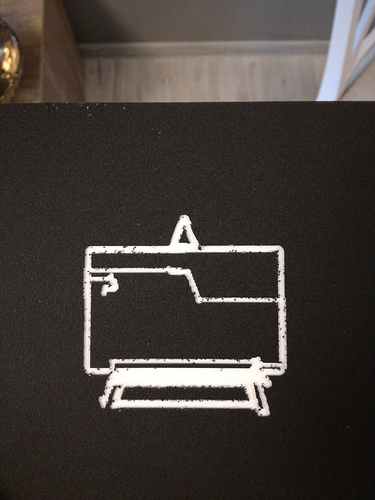 Link below also shows video of the carriage movement.

Hey Phil, the cut settings were left as the default recommended cut settings on the Easel “Intro to Carvey” project, so:

Link below also shows video of the carriage movement.

There is no link or video.

Hi Jyrki, sorry about that, the video showed on my profile post but wasn’t visible on the actual thread for some reason. Should be there now but copied here also - VID_20170128_130437.mp4

Thanks, I’ll have to keep note of this for future but I’m not really sure if its cut settings related in this case, one of the things inventables show in their getting started with Carvey videos is the first test cut when you receive the carvey machine. Only one bit is provided on delivery (1/16" fishtail) and they make it so you basically just plug it in and click carve without the need to make any settings changes (for the first test cut). For me, its more so that the y axis carriage doesn’t run smooth.

Call Inventables. The Carvey is not a kit. It should work right when you get it.

I think its the only thing I can do now, have been trying all day to do this “Intro to Carvey” cut with no luck. Carriage is not moving in some cases, just making an awful grinding noise. And now it’s not homing, keep getting the below message. Have checked and there are no visible obstructions. Having had my Carvey shipped all the way to Poland, a little disappointed but still looking forward to using it once I can get the problem sorted. 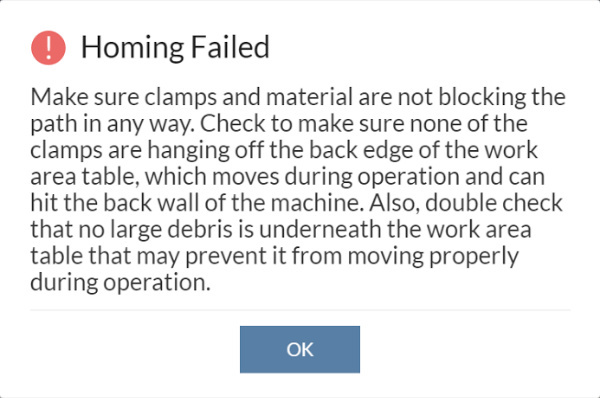 Hey, @ShaneB - So sorry for the troubles! This definitely looks like something our tech support team should check out. Carvey should work correctly out of the box. You shouldn’t be having this problem.

I see that you’ve sent in some error reports to us, and they’ve been assigned to one of our techs. We’ll do our best to take a look at that very soon and get you some advice. Thanks in advance for your patience, and I’m sorry again about this!