Carry It or Bury It™: Z-Cover and Manual Knob

We’re getting ready to offer a Z-Cover for the X-Carve and we need your input on the design. It will be die cast aluminum and powder coated black.

We can offer the cover with a hole for a knob to manually adjust the Z-axis like this (note: this will only work with ACME dive rods): 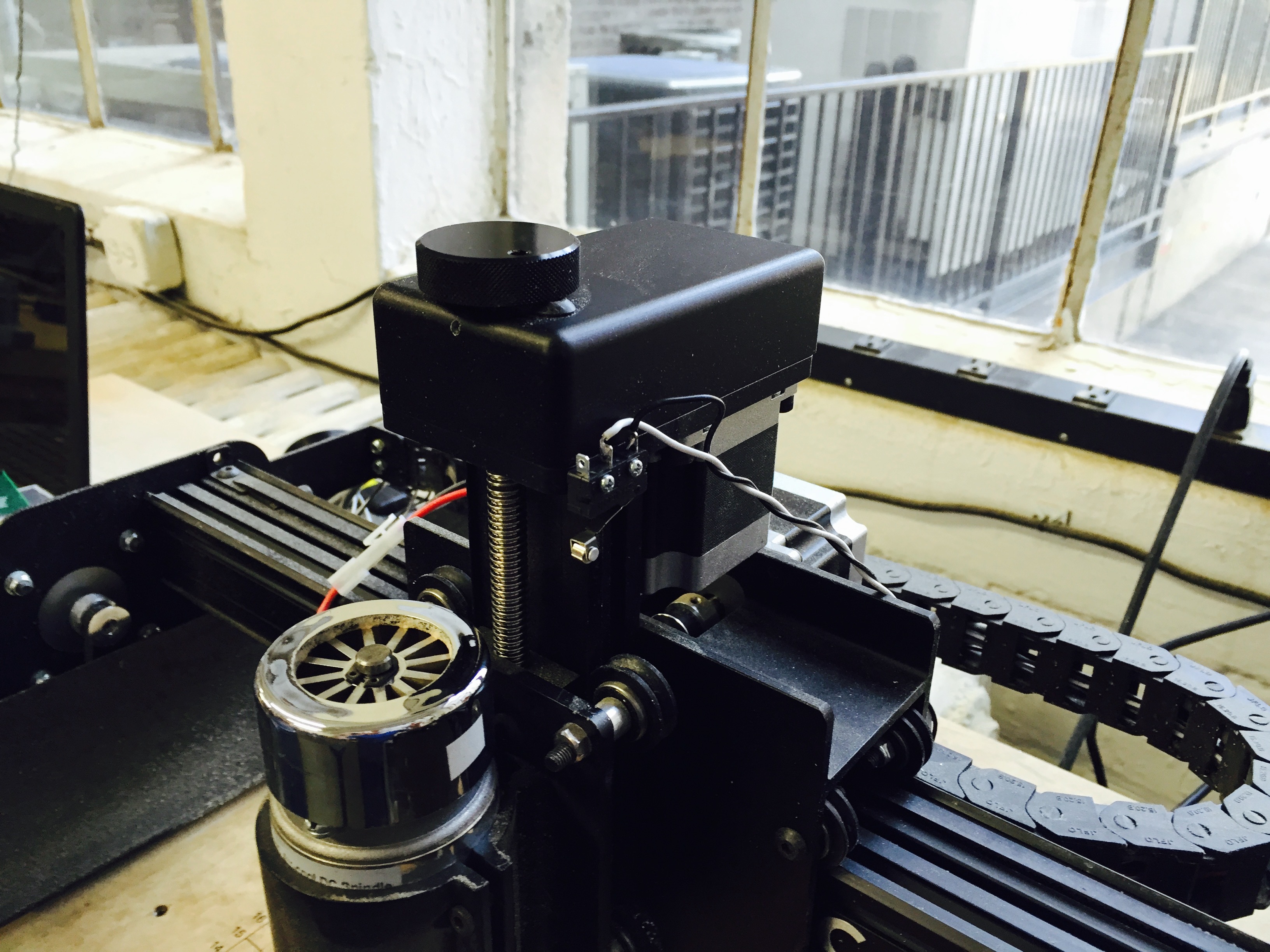 Or we can keep it clean and contained and use Easel to adjust Z height: 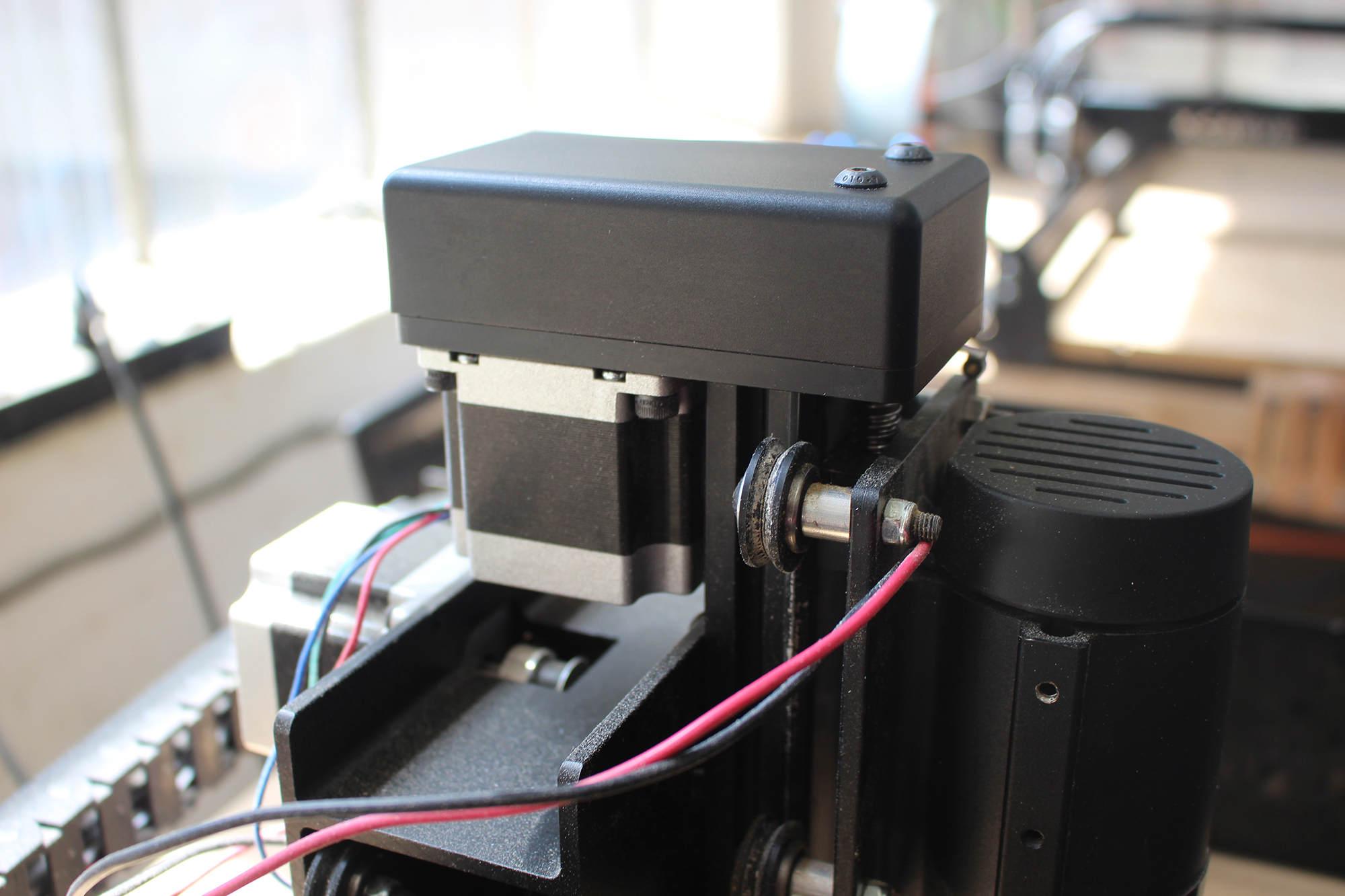 Let us know what you think by taking this poll:

Although I voted for the knob, why not make the cover with a knock out molded into it like an electrical box? One part could give both options.

I like the knock-out idea, but if you don’t do a pre-punched knock-out, maybe at least have an index mark on the underside to let use know where to drill if we ever want to drill it out later to use with a knob.

Either a knock-out, or a molded indexing point in the … Aaaand Mark just beat me to it, as I was typing this.

Honestly, I think the one with the hole, and maybe an attractive low-profile plug?

Definitely the knob, I wouldn’t have much need for it in jobs where I use easel but I have a homing problem with ugs and am regularly having to turn off my machine and reset the z axis manually, painfull on the fingers!

Target both. Clean aluminum casting with a single indent on the inside for those who wish to drill a single hole. Everyone wins.

How about the one without the knob and an easel program and recommended router bit to cut the hole?

The hole is rather large and difficult to “drill”. How about a Heyco style snap plug. 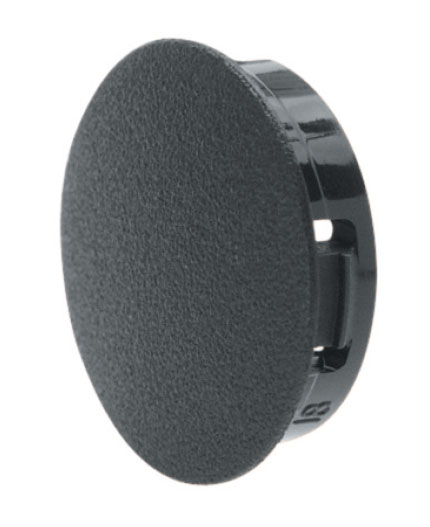 We can offer the cover with a hole for a knob to manually adjust the Z-axis like this (note: this will only work with ACME dive rods):

Why wouldn’t this work with the M8 Lead Screw?

I think that would look fine. The whole purpose of covering it in the first place is to have one less moving part exposed, one less place for dust and debris to collect, and to make it look better. I don’t see a cover plug negating any of that. I think a plug would be a simple and cheap solution all around.

Yeah, I like that! Good compromise solution, i think.

The knob would be tapped for an M6 thread, which is what the top of the ACME lead screw has. If there was enough demand we could offer a knob tapped for an M8 thread.

Well, since I’m gonna have a M8 (once it gets here), I’d vote for that as an option.

I’d like the hole option, but I voted for clean seeing as I already use the digital controls to move the Z, but a hole with a plug wouldn’t be too bad and does give the option for later upgrades.

Plug option would be great. I don’t necessarily see the (personal) demand for the knob today, but man I’d hate to have to buy a completely separate project for one with a hole if it turns out I want one later.

I don’t have my X-carve yet, so I don’t know which side of this I will land on, but either way I second @AlanDyke. One with a plug allows you to cover those who want a knob and those that don’t, all in one shot. It just makes sense.

Thanks to everyone that voted. It looks like we have a clear winner: Z-Cover with knob and a plug! I’ll send a new drawing out and get this product on order.

Thanks to everyone that voted. It looks like we have a clear winner: Z-Cover with knob and a plug! I’ll send a new drawing out and get this product on order.

Just for clarification: Will the final design support both M8 and ACME rods?

Having worked with systems where you “shouldn’t” need internal access to the system and having to constantly open said systems up for access, this really should have the knob option.

For those who voted for the no knob option, have you at any time needed to grab the pulley to adjust Z height (sometimes I do this with power off to get my home position)? If the answer is yes, you are likely to be disassembling the system on a not infrequent basis to gain access.