Carving font to a set width

I have started making led “neon” signs and need to carve lettering with a 6mm width to take the led strip, I can do it using a 6mm bit and carving on the shape path, but I would like to carve single line letters without going around the outside of the letters every time.
is there a way to trick the machine into doing a single pass without missing parts of the letters because the bit is too big?

What you describe happens because the font you are using has an interior area. Even letters like “o” that appear to be a single circle are actually a circle in a circle with infill between the two. If you were to take the font and scale it very large, you would see it. When you tell it to draw on path, it cuts on the path of the outer circle and then cuts on the path of the inner circle; seemingly doing more work than it needs to.

What you want is an “SVG single line font”. Google for that and you can get more information. It’s somewhat surprising that Easel doesn’t have one or two of those already. You should probably ask for that as an enhancement.

I’ve seen these signs made 2 ways, one with the grooves you’ve mentioned and another without the grooves at all.

If I were to make any of these signs I would skip the groove, it would make cutting the LED more forgiving to over or under cutting, it would drastically decrease cnc machine time, and it would make more acrylic reusable if there was an issue with cnc operation.

Here’s an example of the led affixed to the front, flat, non -grooved surface for your reference 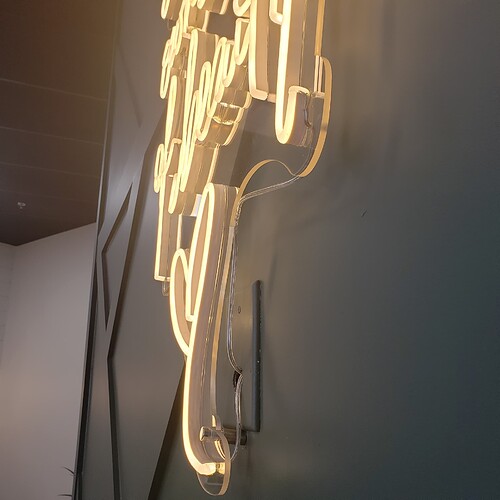 Now to answer your question, easel does not have centerline fonts in the font library. You could use a 3rd party program like inkscape which has access to all downloaded fonts and you could download a centerline font from a font website. 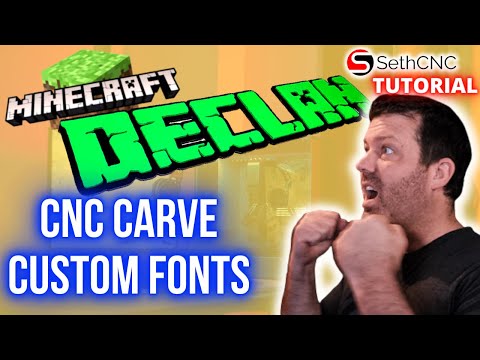