Chatter along x and bits breaking inside the collet

Hey all,
All of a sudden my 1000 x carve started chattering along the x axis and making horrible cuts.
I’ve tried a 2 flute straight end mill, fish tail and compression bits all 1/8 as well as adjusted the feed down to 50ipm and tried speed settings on the router from 1 through 5. V wheels are tight and I double checked all the bolts and screws holding everything together.
The last two cuts I tried the bits thanks are now breaking inside the collet after only about 2-3 minutes of cutting.
Suggestions?
I did 7 3d pieces so far and 11x30 large pocket style signs with .125 bits to get used to the machine and didn’t notice any issues with any of them 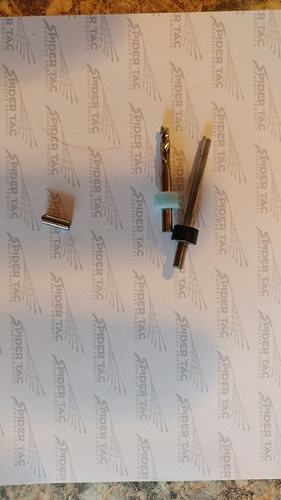 Did you check the belts to see if it is skipping steps?

Do you have the permanent pulleys or the ones with the set screws?

I have the machine with set screws to adjust the belts.
Doesn’t look like it’s missing steps, at least not on the x axis. I did tighten the x belt a bit and tested with a 1/4" end mill and still getting chatter in pine. Did you mean to check the x or y axis belts?

Where did you get your collet?

My original collet was from Rockler for something like $8.00 that I never broke a bit with. Then I added a collet to my order from Inventables… broke 3 bits instantly.

I have since went back to the Rockler collet and after a ton of carves, I have not broke a bit since.

Your problem / pics look like exactly what was happening to me. A new collet might be worth a try.

if you are interested in collets go to www.precisebits.com and use there collets they are super high quality I have never had an issue with them and I even use them on my production machine

I do have the collet adapter from Inventables and thought originally that it might have something to do with the problem since all 3 bits snapped at almost exactly the same spot. I think my Bosch router came with one as well, I’ll have to give that a try.
Any ideas on the chatter?

I remember reading on this forum about bits breaking inside the collet…I believe the collet was not seated properly.

Try the switching out your collet first… I had some slight chatter when my bits broke also. I never had that problem before with my old collet. I think the collet would not seat the bit tight enough so as soon as any pressure went against the bit, the collect was spinning away but the bit wasn’t and would break sooner or later.

Like you mentioned, all my breaks were at almost the exact same spot / time.

This sounds like an issue with the collet being out of spec. If the inside isn’t making full contact along the shank, it will break bits. The far right example in this image is probably what you have going on because they are breaking inside. 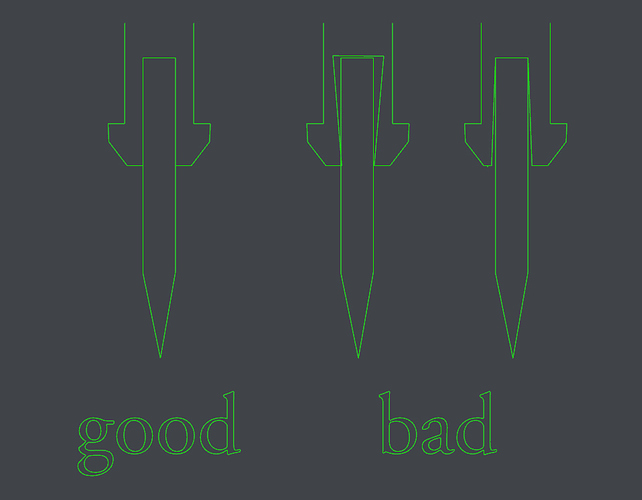 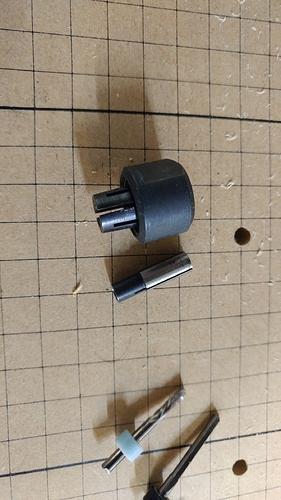 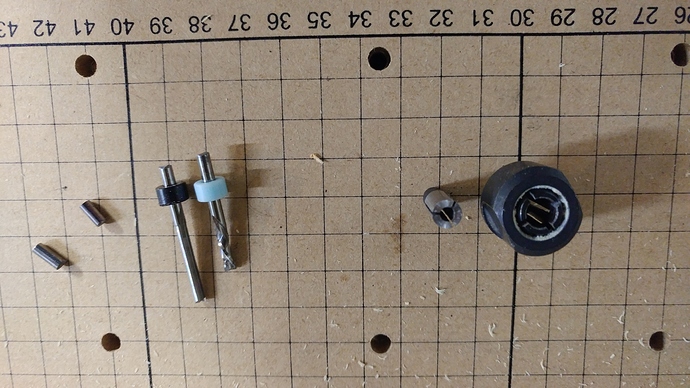 Here is the chatter. The first pic is when the first straight flute bit broke, it should have been a straight line…

Second was a test cut where the fish tail chattered and broke
So if you’re looking at the pics, the bottom would be the right of the machine and top toward the left. I watched the preview in V-Carve and saw that it made the first pocket 1/8 deep 1/8 wide then proceeded left to mill out the larger pocket that goes through the knot 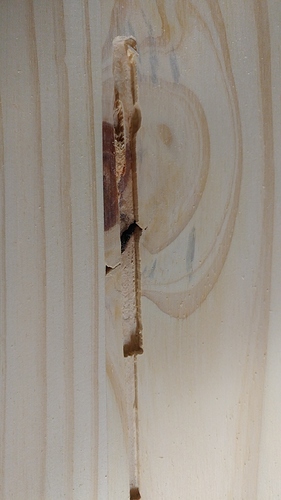 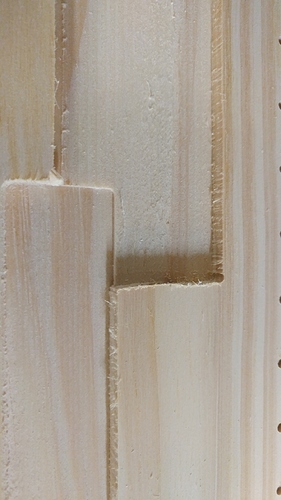 You may be going to deep at that speed. I am sure others on this forum can give you better info on depth of cut and speed but from my “trial and error” knowledge I usually set me depth at 1/2 the diameter of the bit.

Depending on the material, my speed is anywhere from 30 IPM to 60 IPM.

Were these new bits? Sharp?

I second Phil’s statement. Get the Elaire collet and throw the adapter away. I’ve seen quite a few people here that have so many issues with the adapter and the Elaire collets are great. I bought the 3 piece set (1/8", 3/16", and 1/4") before I even bought my Xcarve based on what everyone on this forum talked about and if the need ever arises, I’ll get the metric ones from them as well.

Collet adapters are evil! I bought several and tossed them in the scrap bucket the first day of use. The bits I broke ended up costing more than a good collet.

Well, it sounds like the overwhelming majority are going with the collet as the culprit. I just ordered a set from Elaire and hope that takes care of it. I just hope they ship before Thanksgiving

Thanks all for the replies, I’ll post an update once I have the new parts on the machine

not sure the spec on the dewalt but it should be around .001" or so for good results ideally you want it within .0005"

Morgan_G
So far I’ve been using the settings that are populated by default in V-Carve and it hadn’t been an issue until this. It has .125 depth for .125 end mills and .0625 for .125 ball nose. I’ve only had the machine assembled and working for a little over a week so still on my own trial and error journey
RobertCanning
That was oneofthe first things I checked after the first bit broke, yes it was inserted properly

Unfortunately I don’t have a dial test indicator. Dont suppose anyone in the Philadelphia/Wilmington area has one to lend?
On a slightly different topic, have any of you guys used Yonico’s cnc bits? I have a bunch for my router and they work well, their cnc bits seem to get good reviews on this forum from what I’ve read

I’ll definitely keep the cut depth in mind.
I’m going to draw on your guys’ collective experience here… Any chance that running the bits too deep messed up the collet?
I did another test cut with a 1/4 end mill through pine, pass depth of .125, router at speed 1 with a feed rate of 100 ipm and got the same poor cut. Wondering if the collet is damaged as well as the adapter being either damaged or out of spec. I’m leaning toward having damaged something since it started acting up after at least 30 hours of run time with those exact same bits, all of which were brand new with the machine as of 2 weeks ago
The first cut I did 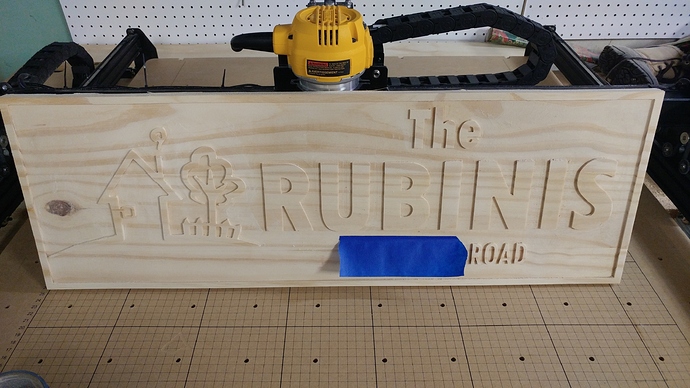