Chilipeppr and homing only in the X and Y axis

I have everything set up and running great now. I switched to Chilipeppr from UGS to take advantage of the built in probe support which works flawlessly to zero my Z axis. I want to run the homing sequence, but I only want to run it on the X and Y axis. Is there a way to do that? Any help would be appreciated.

There is a triangle pulldown menu on each axis. Under that is a command to just home that axis. 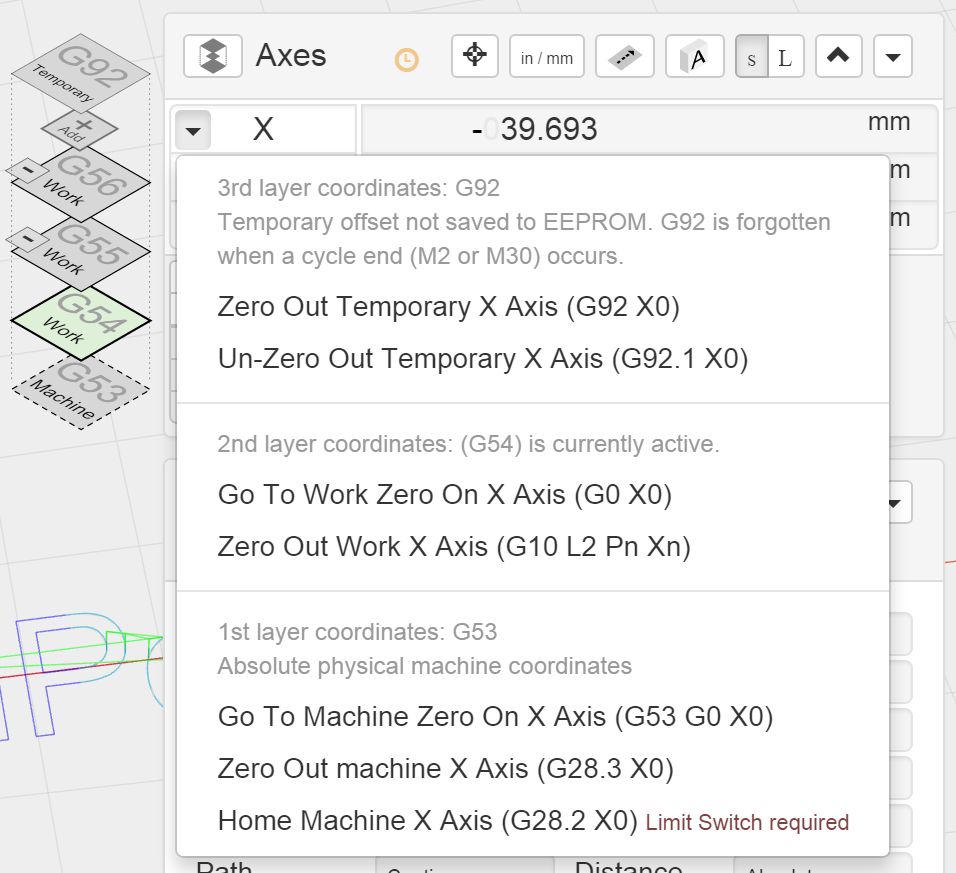 You should be able to run a g28.2 x0 y0 then once that finishes you can run a g28.3 x0 y0 and it will then zero out those axis that have been homed. This is how it works on the TinyG at least.

Neither of these are options using GRBL.

I just asked Jarret Luft, who built the Grbl workspace inside ChiliPeppr and seems to know the most about Grbl’s capabilities. He is saying that there is no way to do per axis homing in Grbl. $H is a canned cycle that does all axes. So I guess you are out of luck.

One thing you could do is buy an Arduino Due, put the TinyG G2 firmware on it, and plug in your Gshield onto the Due and then you could do per axis homing.