Circles are not perfect after steps/mm have been calibrated

The X-Carve is adding extra blob shapes to circles. My failed attempts to solve this were to calibrate th steps/MM… they’re now perfect. The feed rate was dropped to half… that didn’t solve the issue either. I don’t understand why this is happening or how to fix it. 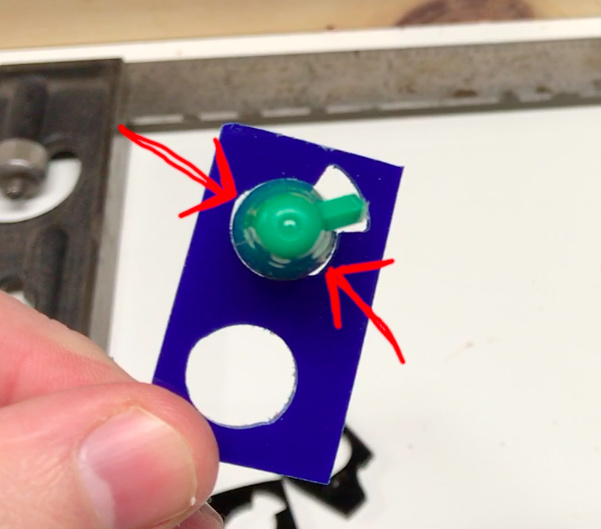 I don’t see any bridges, so are you doing a complete 100% removal? in-side out or out-side in? Or are you using tape?

I know you said you cut your feedrate in half, but what is that running at? - I’m asking this because of potential steps lost due to taking corners too fast, but I don’t think it’s that.

What bit are you using and what is the depth of cut per pass?

It’s concerning to me that 1mm out of square over a 12 inch distance could cause 1.5mm of extra carving on a half inch circle. I’m not saying the out-of-square isn’t the problem and I do very much appreciate your help (and the help of the community)… it’s just that it’s hard to comprehend the math involved to understand how that large of an error can predictably happen.

I agree with this. Out of square issues wouldn’t cause the asymmetry on a profile cut.

Oh, here’s an idea. Could this be caused by TIR? From the vid it looked like a stock dewalt collet. A 1/16" bit means the 1/8" adapter too. All that combined with a hard material such as acrylic… possibly.

UPDATE: My X motor failed. It jitters at all amperage settings. I suspect the accuracy issue was a partial failure of the motor before it completely died. I ordered a new motor.

OMG! That’s it. A wire did slip out of the screw-holder thingie! Thank you! You just saved me $50! Thanks again!