As a tribute to Vic when he passed, I decided to try a Vic Firth logo block.

My first attempt was in Oak, but I made the letters WAY too deep to get any paint into. My plan was to spraypaint the whole thing white, then sand off the face and stain it black. The more I thought about it, the more I was leaning on that being a dumb idea. I also had some wackiness happen with the roughing/detail cut beta thing in Easel.

So I started over. This time in Pine, which my X-Carve just loves to turn into sawdust.

I cut the letter pockets to just 2mm, which as it turns out is plenty deep for what I had in mind to try.

Here’s the project after a few coats of “midnight” stain and the enamel paint just piped in: 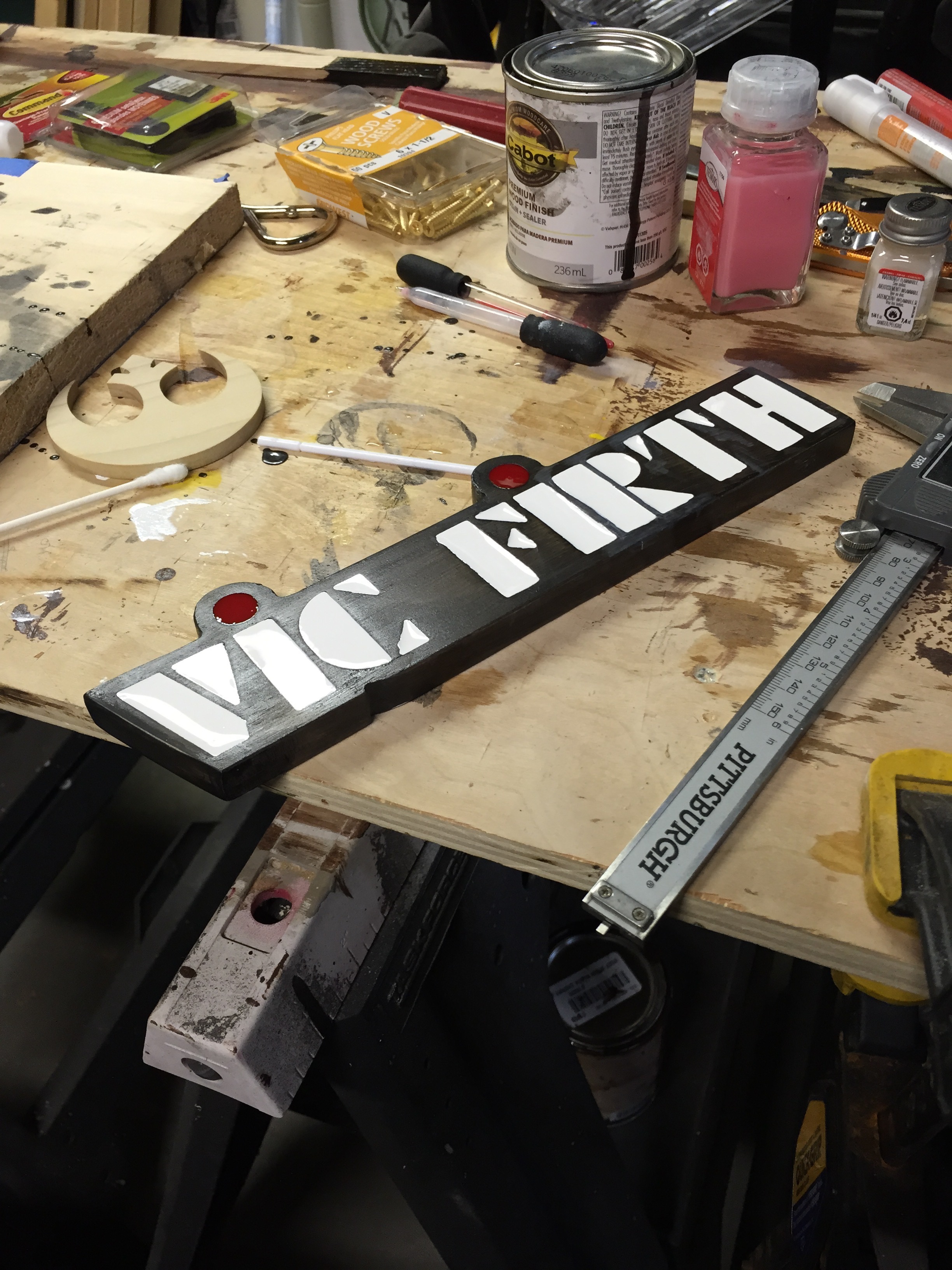 You can kind of see, especially in the V where the paint was overfilling the pockets. Several of the letters had some spill as well. I used an eyedropper to pipe in the paint, and it was a LOT of paint relatively speaking. This sign took 3/4 of a bottle. I made this 2 days ago and the paint is still curing.

Interestingly enough, as it cures it shrinks. so the paint is now doing this concave thing which I think looks kind of cool: 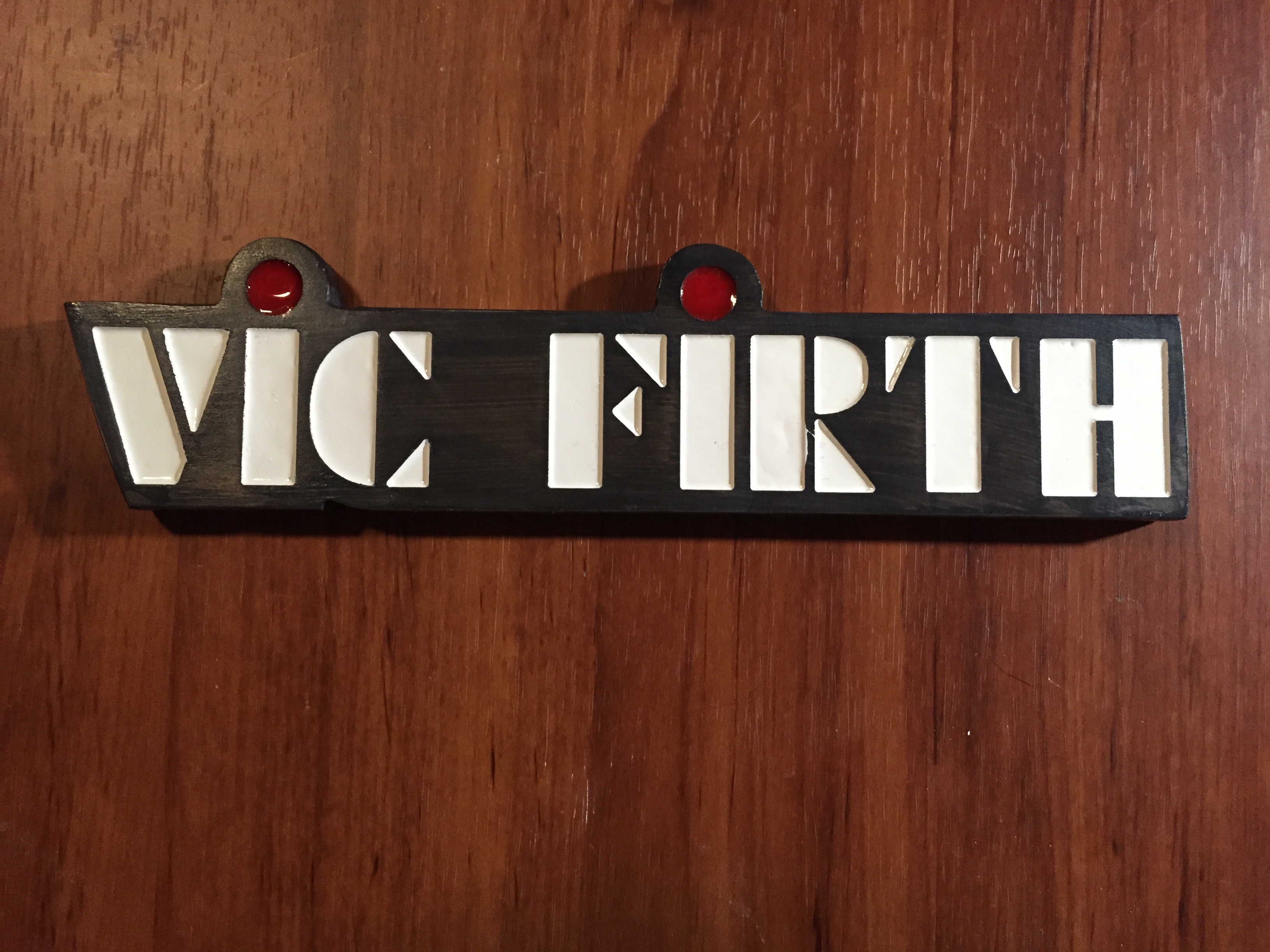 To clean up the overspill, after the main body of paint had shrunk down below the edges a bit and had some time to set up, I took a paper towel with some thinner on it, held tight to a block, and rubbed very lightly over the face. It will take several passes and it’s CRUCIAL to keep it level and tight or it will pick up paint and make a big mess. There’s still a bit of overage in the R I have to clean up but overall I’m very pleased with it and quite surprised at how well the color fill method turned out.

I’ve seen projects using epoxy and dye and sanding it flush after, but i felt like that was a bit drastic and above my pay grade for the moment. Also, I felt like sanding the colored part would sacrifice the gloss you get from a fresh surface, and it would be hard to stain without getting the dye into the plastic as well. This method was also much easier to clean and, while it takes forever to set up and cure, very forgiving in terms of work time. It also gives you much more flexibility with color choice. I’ve heard that it’s possible to cure enamel paints in the oven but you have to get the right ones or else they release toxic fumes. Not wanting to risk my kitchen, I just let this one air dry. 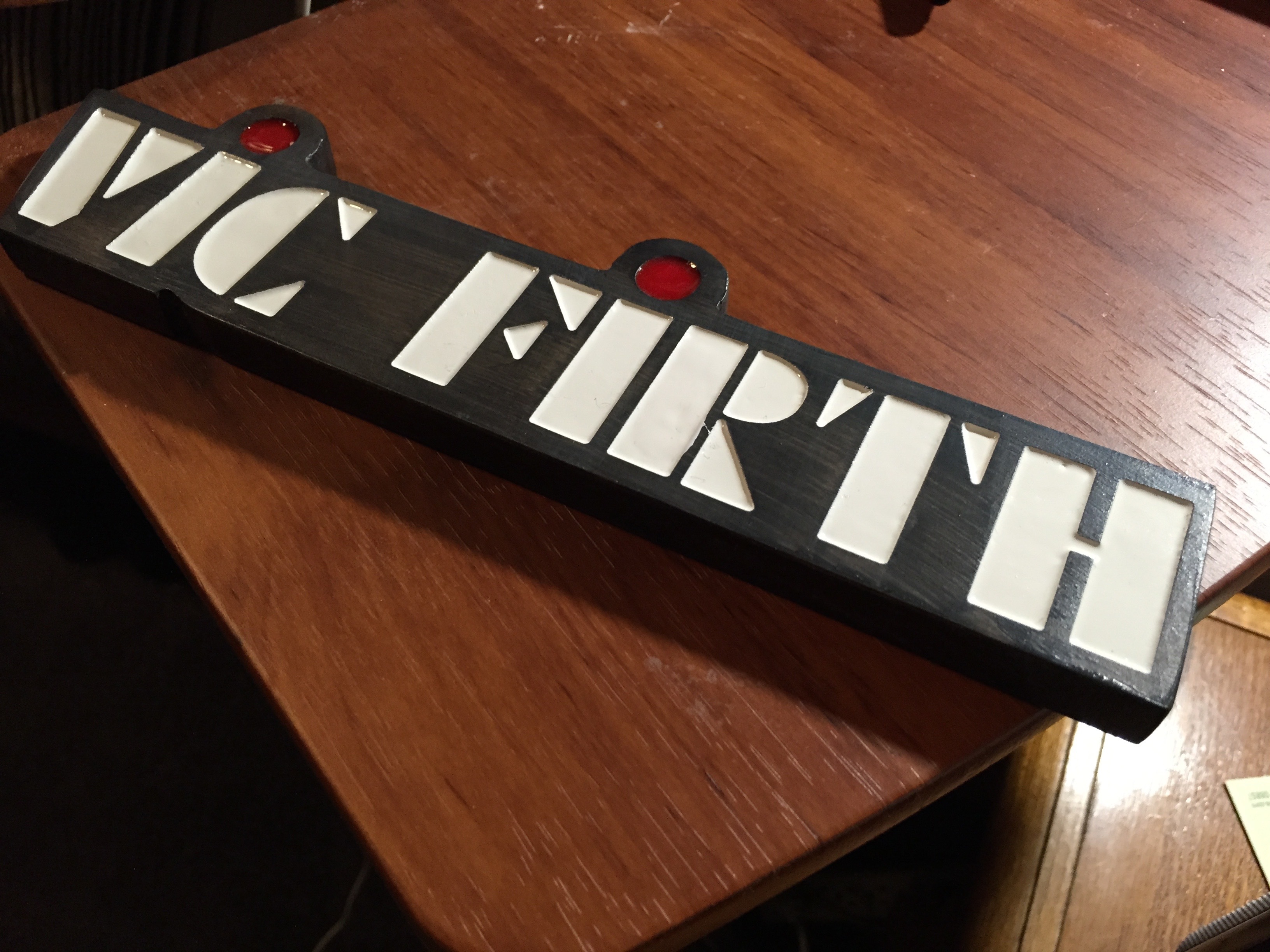 Ive posted my method using shellac and spray paint several times where I shellac the whole piece and once dry I spay the cutouts with color once dry the second time I sand off the top surface again and re -shellac over the whole piece again. this method seals the grain to prevent bleeding. 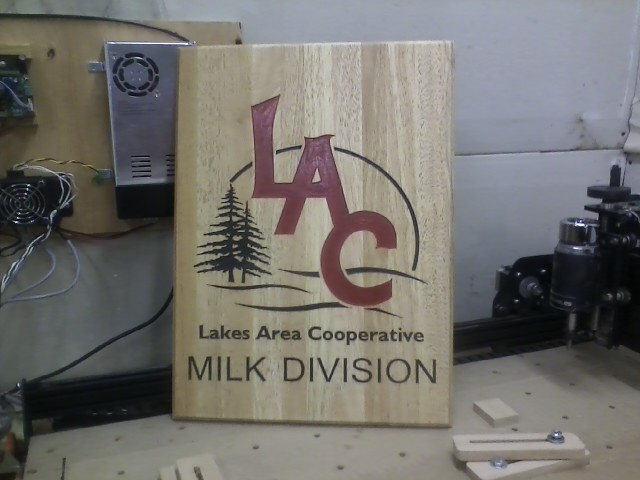 But your desire to have light color in the cuts and a dark background has me thinking in another direction, paint/stain, cut, color, clean residue from top surface with apropriate solvent (Not alcohol based) and shellac again?

This is something i will have to plaly with…

Very cool! In my case I was worried about the paint thinner taking the finish off but it seems to have no effect. The stain I used was Cabot stain-and-sealer-in-one.

Thats why I like to use shellac since the spray enamel is thinned or cut by mineral spirits or laquer thinner. shellac is unaffected by these

And here I thought all I was getting out of this X-Carve adventure was an education in material science, thermodynamics, and advanced geometry with some electrical engineering and programming thrown in on the side.

I also get to learn chemistry while I’m at it

But wait! there’s more! Lets add in theology and faith based studies too.

That’s where you push the button and pray nothing goes wrong on that hideously expensive piece of whatever.

paint the black, let it dry, tape off the lettering, and then carefully paint the white, peel off tape. thats how i would do it. dont know if its a solution, just an idea